Comedy Club of the Outer BanksTim Young with Von Mychael

This Event has no scheduled dates at this time. It last occurred on Friday, August 2, 2019. 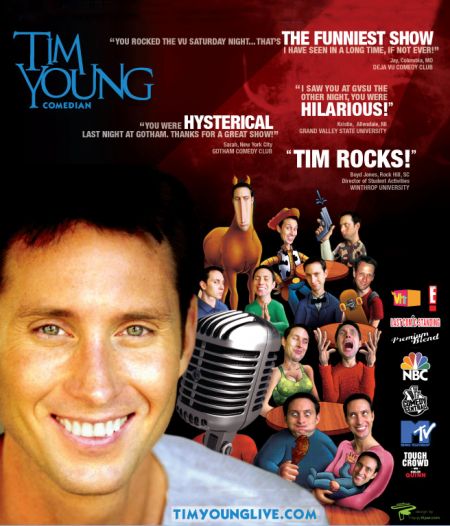 Tim’s zany and offbeat humor, disarming charm, and quick intellect keep audiences clamoring for more! These versatile talents make him a popular choice for any event! Tim has been a hot commodity in the New York City club scene, as well as the Corporate market. You might recognize him from his many television appearances, including NBC’s Last Comic Standing, Comedy Central’s “Premium Blend”, “Tough Crowd” with Colin Quinn, and “Shorties Watching Shorties”.  He’s been on NBC's Friday night 3 times, and most recently he’s appeared on MTV's "The Jim Bruer Show"!

Comedy Club of the Outer Banks