Fishin' FannaticWOW!! What A Week It Has Been!! 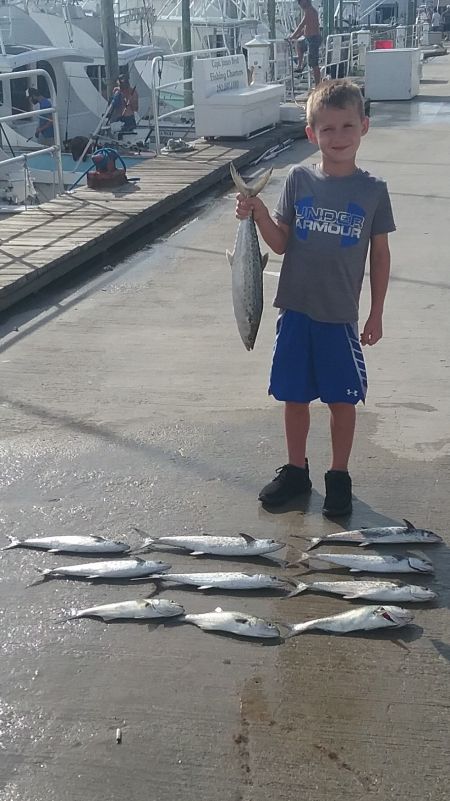 Wow! What a week it has been!!  No wonder Oregon Inlet is the fishing capital of the world.  Folks that have made the investment to venture offshore have been rewarded with limits of yellowfin tuna, some of which were nearly 100 lbs.  Bigeye tuna were in the mix also, with some up to 170 lbs.  Gaffer size mahi were plentiful as well.  Some of the boats even had to come in early because their fish holds were full!!  A lot of citations for trophy fish have been issued this week.  All this activity offshore has attracted big mako and dusky sharks.  Hammerhead sharks have also been spotted.  There have been some scattered wahoo taken this week up to 80 lbs.  Some blue marlin have been caught and released, up to 375 lbs.

Offshore not your style?  The bottom fishing this week was very good. Limits of bottom fish were caught, like blueline tilefish, black sea bass and even some snowy grouper.  They are crowd pleasers  and excellent table fare.

Inshore trips were catching spanish mackeral, bluefish and an occasional cobia.  Some of the cobia were in the 50-60 lb. range, that makes for a great fight on light tackle.

This weeks fishing offered everybody, from beginner to seasoned angler, a chance to have a lot of fun as well as delicious food for the table.

What are you waiting for?  Gather up your family and friends and enjoy a day on the water catching fish and making memories.