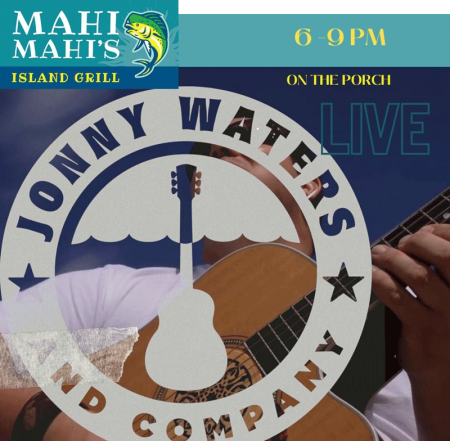 Jonny Waters & Company are a multi-talented group of musicians based out of the Outer Banks. Jonny's soulful guitar playing and vocal style are heavily influenced by music from around the world (including North Africa and the Middle East in addition to more typical Western styles). He is influenced by and well-versed in the styles of rock, blues, country and reggae.

*In the event of rain this show will be held indoors.