This Event has no scheduled dates at this time. It last occurred on Wednesday, April 17, 2019. 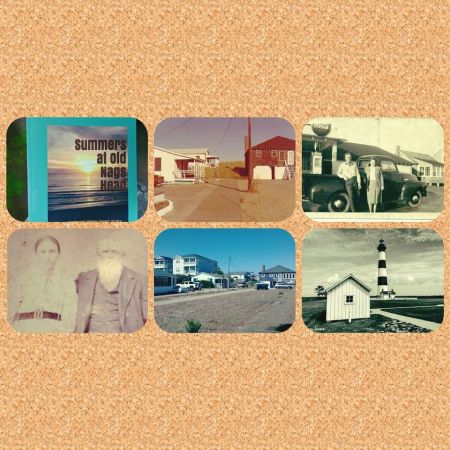 James Dick, author of Summers at Old Nags Head, will be at Muse Originals OBX on the afternoon of April 17th to autograph his current book as well as introduce the first book of his Coastal Carolina series.

The series is a three-part historical fiction story of a Confederate soldier who was released from the Point Lookout, Maryland POW compound in April 1865 and worked his way back to his family home in Currituck County.

The first book, “The Long Road Back,” covers his travel to get home and the early phases of creating his new life which will center on the Outer and Inner Banks from 1865-1872.  Subsequent books carry through the remainder of his life in a very harsh environment with few services. The setting is geographically real, but with fictional characters themed in the way things were in the sparsely settled region at the time.

James got the idea for the book from the fact that one of his maternal great grandfathers, John Allen Etheridge, was himself a Confederate soldier who spent much of the last year of the war as a POW at Point Lookout. His other maternal great grandfather, Peter Gregory Gallop, was the keeper of bodie island light from 1878-1906. James’ mother was a native of Wanchese, NC, making James an Outer Banker by blood.

James will be accompanied on the visit by his cousin through marriage, Frank Rohan, who was one of his best buddies during their childhood summers at Nags Head in the 1950s and '60s. Frank is also of Outer Banker lineage through the Culpepper name. He is one of the characters in Summers at Old Nags Head as well. The two current Florida residents recently reconnected after having not seen one another for over 50 years. Both men would be happy to share their recollections of Nags Head and the Outer Banks in that time when dogs and kids ran free on the beach, jeeps roamed the sand dunes, neighbors knew each other well and locks weren’t needed.

We hope folks on the beach will come, buy a book or two and revel in the days of yesteryear. We can all learn from the golden past.

Muse Originals (See address and directions on the rightbelow)