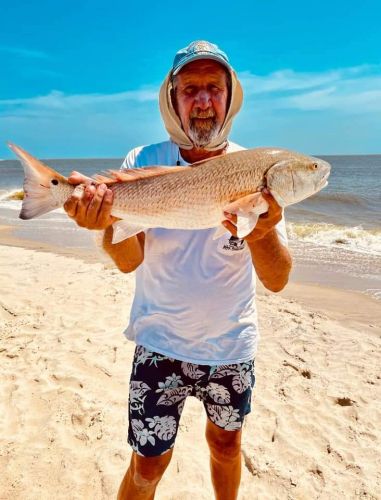 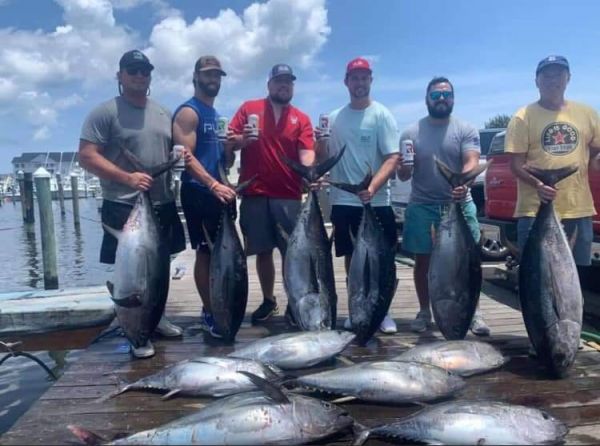 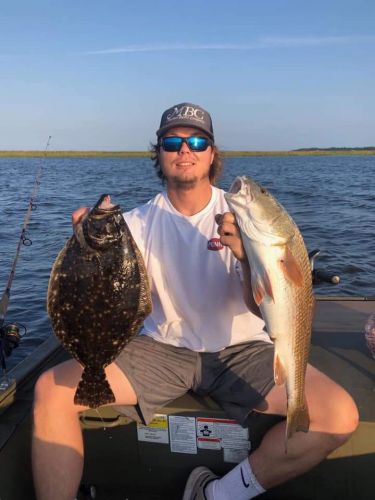 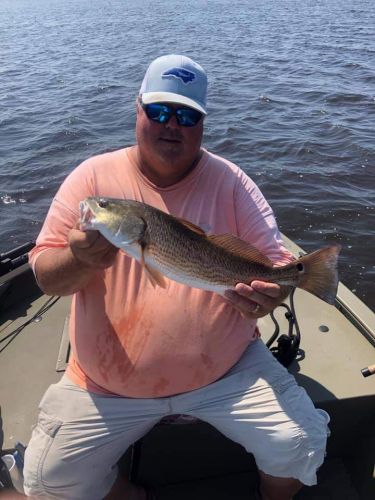 Sunday, July 18, 2021
Offshore from Oregon Inlet
Inshore from Oregon Inlet
Corolla to Nags Head Piers
Corolla to Nags Head Surf
Corolla to Nags Head Sound
7/18/21 weekend fishing report Please send pictures and questions to Oceanseastobx@gmail.com Offshore fleet had some great fishing for some and others struggled. I heard of several limits of yellowfins and some scattered bigeyes. Also I heard of some boats with only a few fish. A few boats caught limits of dolphin also. The Seaducer hooked three blue marlin at one time and there was some white marlin caught. Inshore boats mostly have been catching ribbons. Everyday there are a couple cobias and a few Spanish caught somewhere too. The wrecks and towers are producing AJs, spades, and triggers. The Oregon Inlet bridge is still pretty good on the sheepshead but you can also catch them on most of our bridges right now. Sound fishing continues to be good for the kayakers and boaters. Nice flounder, big trout, big drum, slot drum, and sheepshead are being caught. The little bridge has been catching some keeper trout the last couple days too. The beach and piers are catching scattered fish. It’s been really slow at times and then I have seen pictures of some great catches. The fish they I have heard about are few spot, few croakers, flounder, sheepshead on the piers, few blues, and some puppy drum. The tuna picture below was from the Marlin Gull. They had a box full before 9am. Joe White has had an awesome year catching drum off of the beach around Oregon Inlet. The other two pictures are from Chase and Brian Bell. They had a great day on flounder and puppy drum in the sound.
Click here for more activities from Oceans East Bait & Tackle Nags Head