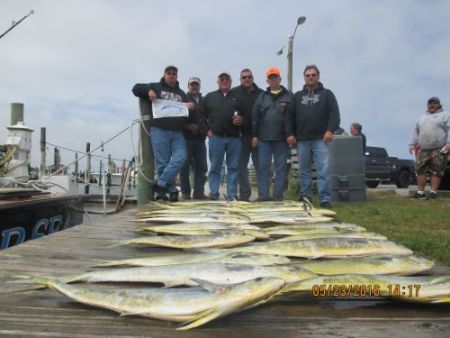 Our Offshore charters are still bringing massive, massive amounts of Gaffer Dolphin. They are also catching some nice-sized Yellow Fin Tuna and also some Black Fin Tuna. We are catching and releasing Sailfish and Marlin as well.  Our Inshore and Near Shore boats are catching some fat bluefish along with Speckled Trout and Stripers.