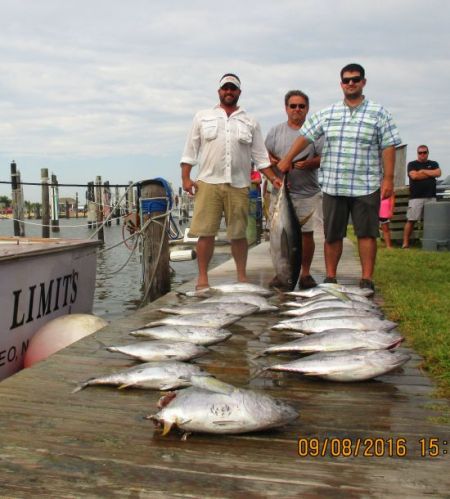 Hermine is a not too distant memory and hampered fishing for quite a few days.  But, it looks like pre-fall fishing is ramping up to be exciting! Off-shore anglers today pulled in very good numbers of yellow-fin tuna, black-fin tuna, and a trophy citation big-eye tuna, weighing in at 183 pounds!  There were also trophy citation wahoo's, weighing in at 47 pounds and 61 pounds! Anglers also pulled in limits and near limits of mahi mahi. There were more than 40 white marlin releases today and a few sailfish releases as well.