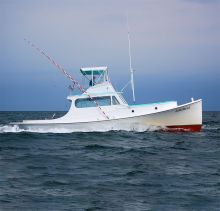 Albatross Fleet. The name alone has the ring of legend about it. And the Albatross Fleet certainly holds legendary status in the storied history of Hatteras Island charter boat fishing. Widely recognized as North Carolina's original offshore charter fleet, members of the Foster family have been taking folks fishing in their graceful, but sturdy Albatross Fleet charter boats for more than 75 years! "What makes us unique," says Lynne Foster, wife of fleet owner Captain Ernie Foster, "is our history and our beautiful boats."

What was to become the three-boat Albatross Fleet began in 1937, long before the first paved road came to Hatteras Island. To the disbelief of many locals, young Captain Ernal Foster had conceived the "crazy" idea that the wealthy sportsmen who frequented Hatteras in the winter would pay to be taken offshore to fish. To pursue what many considered a pretty sketchy idea, Foster would need a special boat, and the boat he commissioned became the original Albatross.

Although there were only four charters in the first season, by the second season Foster's new venture was a success, and the burgeoning new charter industry caught the eye of Dare County's energetic new tourism director, Aycock Brown, who saw charter fishing as key to Hatteras Island's success. As business grew, Foster launched the Albatross II in 1948 and the Albatross III in 1953, and the fleet figured prominently in the rise of Hatteras as a sportfishing mecca. The landing of a 475-lb. blue marlin in 1951 put Hatteras on the map as a world-class sportfishing destination. And in 1958 Captain Foster and the Albatross II were there for the first documented catch-and-release of a blue marlin, a practice unknown then but now the industry standard. Two generations of Fosters have now captained the history-making Albatross Fleet in the waters off Hatteras Island, and the fleet is still going strong. 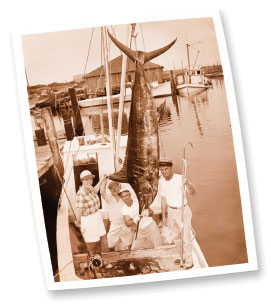 The Albatross Fleet's boats are a visual statement unto themselves, with clean lines, gentle curves and an overall purity of form that draws the eye and evokes a simpler time. The boats are a big attraction. People come all the way to Hatteras just to take pictures of the boats.

The three boats that make up the Albatross Fleet are known as round stern boats, a design that originated on the Outer Banks circa 1900 that was optimized for the specific requirements of gill net fishing in the waters off Hatteras. The rounded stern reduced the effect of wind and waves on the boat, making it easier for the crew to haul in the catch. The Albatross Fleet boats were all custom-built from Atlantic white cedar to Captain Ernal Foster's specifications. Over the years, the Albatross II and Albatross III were built, each slightly larger than the previous boat but with the same rounded stern and graceful form of their predecessor. The Albatross boats are a unique melding of coastal heritage, efficient functionality, modern technology and grace. With their candy cane-striped outriggers and swooping lines, the Albatross Fleet is proof that beauty can be the aesthetic offspring of the marriage of form and function. 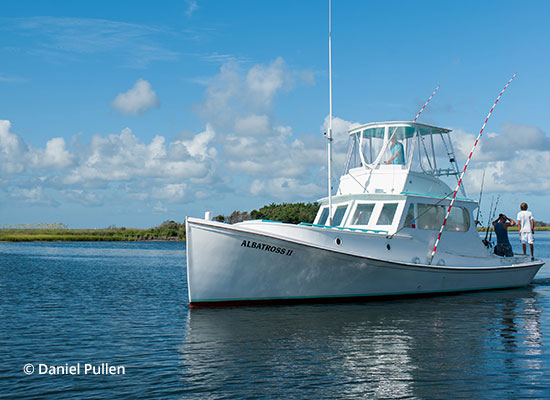 But these boats are not delicate museum pieces, they are ocean-tested working craft that go fishing in the challenging Hatteras waters every day. Fishing on an Albatross Fleet boat is a one-of-a-kind, hands-on experience. With their open cockpits, smooth rides and quiet engines, the Albatross Fleet offers anglers a more complete - and participatory - ocean-going experience. "Our goal," says Captain Ernie, "is to ensure that our anglers are actively involved in the entire fishing experience."

As important as great boats are great captains, and the Albatross Fleet has three of the best. The Albatross Fleet's boats are operated by local captains with decades of experience on the local waters. Although each of the Albatross Fleet boats is outfitted with modern navigational equipment, these experienced captains rarely need the assistance. Miles offshore, completely beyond sight of any land, these captains always know exactly where they are. 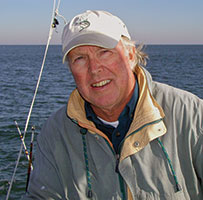 At the helm of the Albatross III you'll find Captain Ernie Foster, who has fished these Hatteras waters for more than 50 years. Many of the people currently working today's Hatteras charter fishing fleet got their start on an Albatross Fleet boat learning at the side of Capt. Ernie. Over the years Ernie has invested much time and effort maintaining and modernizing the fleet to provide fishing parties with the best possible on-the-water experience. Ernie invests heavily in his community as well, serving on the Outer Banks Tourism Board and the Dare County Oregon Inlet and Waterways Commission, among other organizations. He is also a founding member of North Carolina Watermen United, a non-profit group representing the needs of coastal communities by protecting the livelihood of the people who fish for a living and providing a voice for fair fisheries regulations. 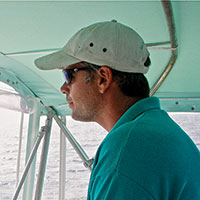 Albatross II's Captain Bryan Mattingly first worked for the Albatross Fleet for eight years as a mate during the 1980s before earning his own captain's license. Bryan, too, is an advocate for North Carolina's fishing industry, promoting local, wild catch seafood at conferences throughout the East Coast. Along with his wife, Antoinette, Bryan is also engaged in a side project called Hatteras Cat, a nutritional pet treat made from the scraps left over from Albatross Fleet catches. In addition to providing kitties with a tasty treat, Hatteras Cat also serves as an example of the environmentally friendly "let nothing go to waste" ethos. And, if that is not enough, Capt. Bryan is also a talented chef, and many parties request their charter booking with "the captain who knows how to cook." 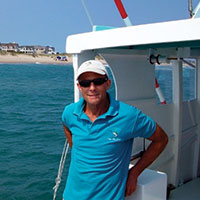 The Albatross' Captain Mike Scott, brings a boat builder's expertise to his experience as a captain specializing in near-shore fishing. Scott knows how to have a good time off the boats, too, and is an avid surfer, kiteboarder, fisherman and top-notch sailor willing to travel the world in search of the next challenge. 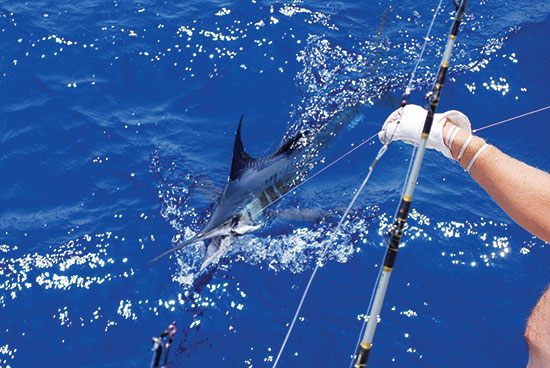 A marlin about to be brought on board. Once the hook is removed, the fish will be released back into the Atlantic. Depending on the time of year, Albatross Fleet boats may be bringing in tuna, dolphin, amberjack, channel bass, wahoo, Spanish mackerel or other fish.

The Albatross Fleet offers charters, make-up charters (a good value for small parties willing to share the cost of a trip) and fish cleaning for a fee. To book a charter call (252) 986-2515 between 7 a.m. and 9 p.m. Check the Albatross Fleet website for up-to-date info on rates and other details.

The Albatross Cruise There is perhaps no better way to appreciate an island than with the perspective gained from a vantage point out on the water. To see Hatteras Island in a way you've likely never seen it before, check out the evening Albatross Cruise. 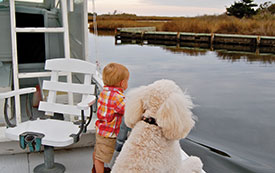 As you slowly glide through the working waterfront of Hatteras Village, down the back creek and into the Pamlico Sound aboard the streamlined and historic Albatross, you'll be regaled with heritage stories from a Hatteras native whose family has fished here for generations. Your course will take you by fish houses and working boats before leaving the working waterfront for the pristine marsh, home to wild birds, otters and raccoons! From there, you'll sail into the expansive Pamlico Sound, part of a vast estuarine system that ranks among the largest in the world, before returning to the Albatross Fleet docks. An ideal outing for a couple, a family or a group of friend, the Albatross can carry up to six people including young children. Well-behaved dogs are welcome too. Tours leave at 6:30 p.m. and last approximately one hour. The cost for the cruise is only $100. For reservations, call the Albatross Fleet at (252) 986-2515. While you're at it, book a fishing charter too!