A Buffet with a Mother's Heart 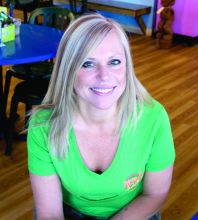 “I don’t take any of it for granted.”

Liz Dowless runs Jimmy’s Seafood Buffet from a room on the second floor of the restaurant, a modest space with a desk, a chair and a computer. On a cold, off-season day she layers up with an extra jacket to keep warm while she works. It’s not what anyone would call a life of luxury. So what is it, then, that Liz doesn’t take for granted? It doesn’t take long to figure that out.
When the mother of three talks about the journey she’s made as the owner of Jimmy’s Seafood Buffet – 18 years of labor, love and loss layered in equal measure – she’s quick to shift the conversation away from herself to others. Her employees. Her customers. Her community. Her family.

“When we started, Jimmy’s was a lot smaller, more of a typical buffet. But we set out to be different. We wanted the food to feel homemade, to avoid the canned stuff and to focus on flavor and quality ... and to focus on fun.” She pauses, thoughtful, then smiles, again, as she repeats.
“We really wanted to focus on fun.”
As she says the words, there’s a touch of sadness that lies just a heartbeat behind her smile.

thump-thump…
But she continues.
“We just added an outside bar area,” says Liz. “We are continually renovating and adding on. We also have fun promotions like Wild Wednesdays, where we do a wall of crab legs that includes local soft shells, local blue crabs and crabs from every coast. On top of that, we have all-you-can-eat lobster tail every Monday and Friday until 4 p.m. And if you want delivery or takeout, we have a whole separate kitchen for that. People love the clam bakes – they’re especially popular.” 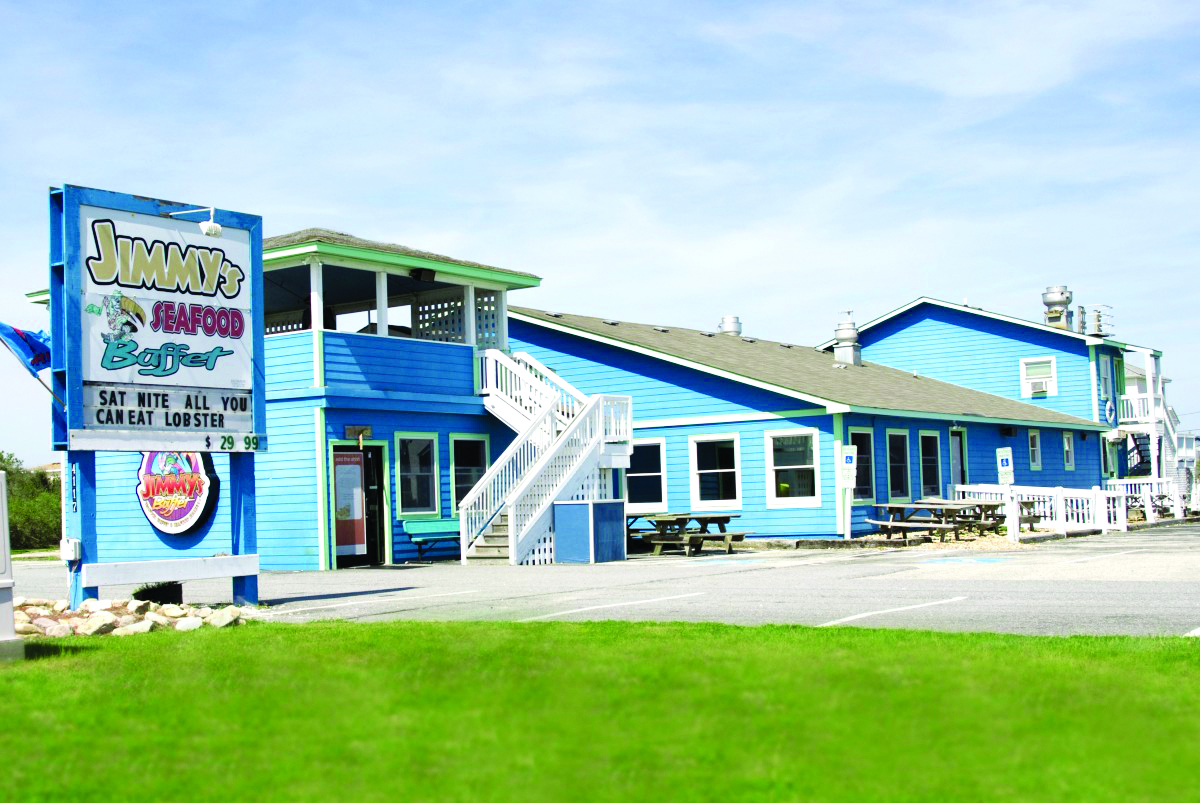 And Liz doesn’t stop there. Her enthusiasm fills the room as she describes more fun features.
“We have horse rides and a petting zoo. And we have a chalkboard up front where the customers can write messages and take pictures to send home to family and friends.” She smiles as she says that last bit, the kind of smile that takes up her whole face. “It’s exciting to see what people write, to see how creative people get.”
Liz laughs both easily and often, which might lead you to believe that her journey has been easy. It hasn’t been.

thump-thump…
In August of 2003, just months after Liz and her husband, Jerry Dowless, purchased the restaurant outright from their other founding partner, Jerry passed away unexpectedly. Liz was left the sole owner with the combined responsibility of running a restaurant and raising three young children alone.
Who would have blamed her for quitting? How could she “focus on fun” after such a tragedy?
But she didn’t quit. She kept on, sticking to that original goal that she and her husband had once set to achieve together. And it turns out, she didn’t have to go it alone after all. The members of this mother’s work family are loyal indeed, a trait not always associated with the restaurant business. 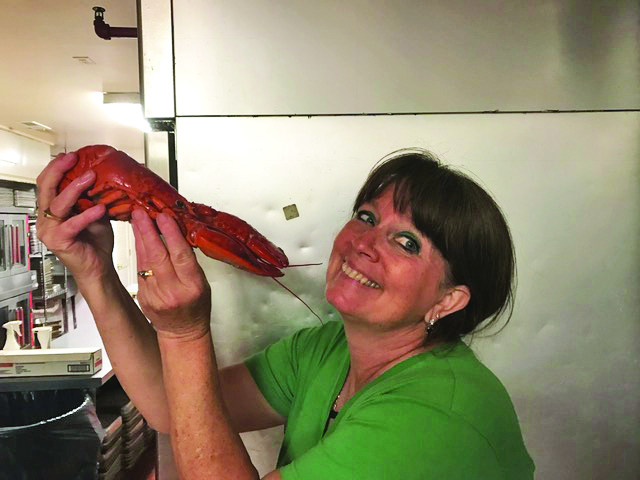 And as Liz’s children grew, they joined the business as well. “One of my sons, Jason, waits tables, and my daughter, Sophia, helps out as a hostess,” says Liz. “And my oldest, Shane, well, he lives in Colorado now, but when he can, he comes back in the summers to help out.”

Beyond her immediate family, Liz also relies on her extended work family across the Outer Banks community. “Everyone on the beach works together. If I need to borrow crab from Captain George’s or Awful Arthur’s they’re happy to send it over, and I’ll always do the same for them. Also, Jim [Douglas] over at Chilli Peppers was our original business partner. He’s where the name Jimmy’s comes from. And the owners of Spanky’s used to work for me, so we have a great relationship.”

Liz does her best to support the local fishing community as well. “I buy whatever I can locally, from tuna to catfish. Whatever I can get is going to be on the buffet.” If she can’t get it locally – “Alaskan snow crab isn’t exactly local to North Carolina,” she says with a laugh – Liz makes sure to buy her seafood from the best possible sources, which requires keeping up her education. “I went to Boston last March, to the Boston Seafood Show, where I studied how seafood is sourced. I want to understand where my food comes from. If I won’t feed it to myself, I won’t feed it to my customers.”

Like any good mother, Liz wants her family to eat the best food possible. She cares more about providing her regulars with quality seafood than she does about pulling in more price-sensitive patrons through compromises. “The seafood industry is volatile. When they cut crab supply by 40%, the price shoots up. I could go somewhere else to get my crabs, but I don’t want to cut quality.” 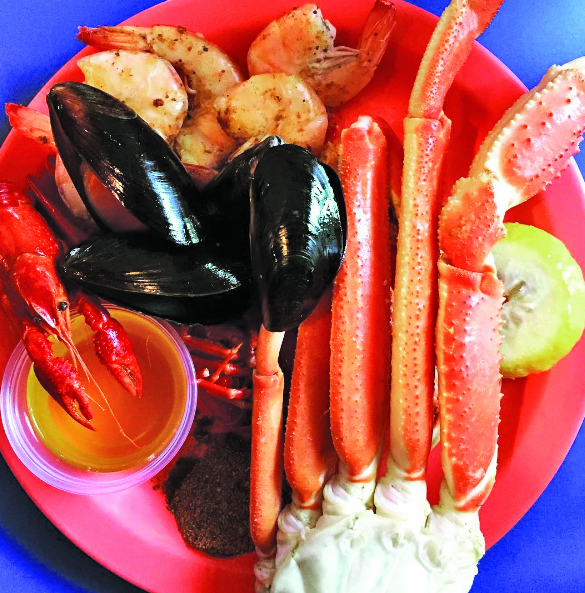 Liz speaks fondly about her customers. “There’s this one couple that comes all the way from Hatteras every Saturday and a family from Edenton that makes the trip from there to here and back again two to three times a week,” says Liz. “And I get so many emails from people who book their vacations around when we open and close. Some people actually come back three times during just one week of vacation.”

She loves getting emails from visitors and regularly responds to reviews on Facebook and TripAdvisor with personal messages. “I look through it all,” she says. “It always makes me so happy.”

Liz still laughs as she remembers the days when some customers thought that Jimmy’s Seafood Buffet belonged to a certain island escapist with a penchant for cheeseburgers and margaritas. “Early on, lots of people thought the restaurant was owned by Jimmy Buffett,” she says. “People would always ask us why we weren’t playing Margaritaville!”

And behind the flavors and the fun that this family offers up at their buffet on the beach, there steadily beats the brave heart of one proud, yet ever-modest, determined mother of three, who thumped on through adversity and kept on smiling.

Not valid with any promotions or sale items. Must present coupon at time of purchase.