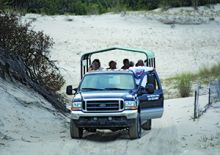 Tucked away in a small corner office, somewhere in the quiet beach town called Corolla, is the wild horse enigma of the Outer Banks and his loyal and trusty sidekick, Hershey the dog. Some folks know him as Corolla Bob. This larger than life purveyor of wild horse tours is none other than Bob White, owner and operator of the first SUV wild horse tours in this area.

In 1996 when Bob was about 25 years old, his father owned the beautiful Corolla Light Inn. The topic of the wild horses was always being discussed back then, but one summer evening during one of the Inn’s famous margarita parties with guests, the discussion of an idea for a horse tour was high on the list. Bob’s father, Bob Sr. suggested that he could take them on a trip, since he owned a 4x4 Suburban. So they grabbed the blender and took off. Two hours later a business was born at the suggestions of the first unwitting passengers. The next day Bob Sr. said to Bob Jr., “This would be a good business for you.” At the time, Bob Jr. was taking the summer off from his regular job at the Federal Reserve Bank in Richmond. 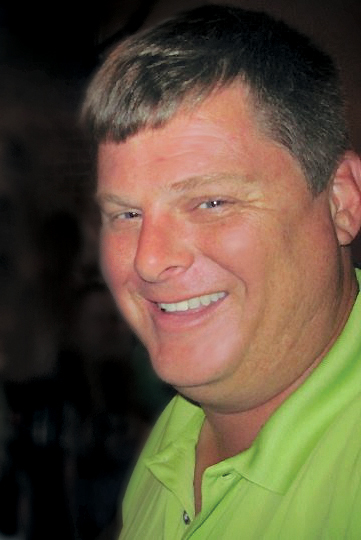 That’s how one of the most successful horse tour companies on the Outer Banks was born. It was only supposed to be a summer job. Most people simply dream about starting a business that takes off and becomes both successful and fulfilling at the same time. His first tour company’s fleet of vehicles expanded so much that he outgrew the parking lot! In an effort to keep things fresh and to push the envelope, Bob created an open-air truck that set the competition scrambling to keep up.

What made Bob so successful? What gives him this prodigious victory in a market known for breaking the savviest of business proprietors? His methods are the simplest. He believes in good customer

service, and Bob genuinely enjoys taking people on his tours. This accounts for years of repeat business — people keep coming back for more! His business also provides a concierge service for Corolla and surrounding areas. His tour guides can recommend the best restaurants and local businesses. They can tell you about the history of the area and answer any question you can think of. Bob says

his aim is to build up Corolla so that it will continue to sustain the people calling this place home, but he also wants the vacationers to love it here as much as he does and to keep coming back year after year.

More importantly, Bob treats his employees well. His staff is one of the largest in the Corolla area with employees consisting of a mix from retirees to college kids home for the summer. Each tour guide can keep you entertained by sharing the local history and bits of trivia and stories you won’t find anywhere else. His tours are unplugged and geared toward family life and being together on an outdoor adventure making good and lasting memories.

He told me he has done everything you can imagine when it comes to work, and he never dreamed that one day he would be where he is today. “I’ve done just about every job there is. I’ve cleaned hot tubs and washed windows. My wife and I owned a convenience store and an ice cream shop, and I rented Jet skis. I wasn’t initially looking to make this into my career, but here I am. I love this business and I believe that what I’m doing is a good thing.” A self-proclaimed introvert, he told me that his tour business turned him into a people person.

He is not one of your typical beach dudes either. He doesn’t surf. He doesn’t fish. He’s not into sunbathing or water skiing. He never moved here for the seashore lifestyle, but he loves the Outer Banks now, and he has a true passion for these wild mustangs he’s built his business around. Bob’s home is on what he calls “horse land.” Every day he can look out his windows and see them grazing, playing and chasing each other or simply standing tall and majestic in their natural habitat.

So if Bob isn’t into the beach life, what does Bob do when he’s not working on the horse tours? “I work about 100 days straight just doing the horse tours. The off-season is my time, and I’m racing dirt bikes with my son.” He enjoys two type of racing, Motorcross and Haircrambles. 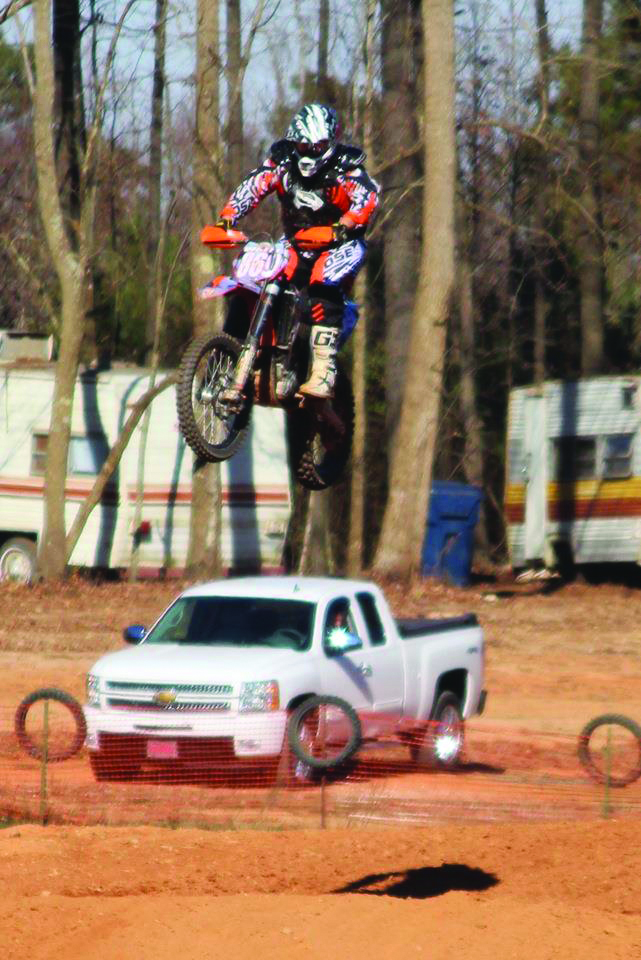 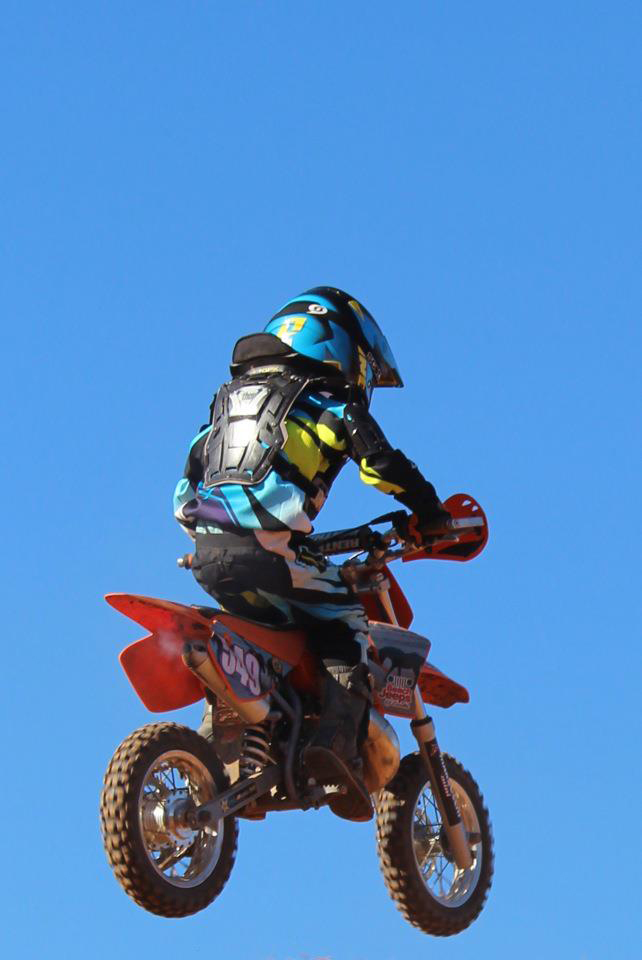 I looked around his office at the numerous trophies he and his son have won over the years. It’s an impressive and large collection! He explained that Motorcross is a combination of fast-paced and short sprints on a closed course with jumping dirt hills.  A Hairscramble race is a type of woods race lasting for more than two and a half hours through grueling terrain and tough conditions. It takes stamina, a lot of determination and skill to make it to the end, but it takes that special kind of magic that Corolla Bob has to be a winner.

Bob and his wife, Wendy, enjoy craft beer. This year they will explore this hobby along with the frequent visitors to the Outer Banks with their new adventure called The Bier Box located in Food Lion Plaza in Corolla. When he and I last spoke, the store was getting the final touches. It will be a full-service arsenal with everything a discerning beer aficionado desires. The store will have a light food menu and a sample bar with 10 taps. Here you can taste some of the best craft beers North Carolina has to offer. The grand opening is scheduled for this summer season, so stay tuned!

It was an honor and an unexpected pleasure to sit down and speak with a Corolla legend. His history and his future in an area few are brave enough to try to conquer is one of the most interesting and serendipitous accounts I have ever heard. In closing I asked him to sum up his feelings about the Outer Banks, and he did not hesitate. “It’s one of the greatest places on Earth!” Yes, I would agree, and what makes it great? The unique mix of people who have made this place home. People like Corolla Bob. 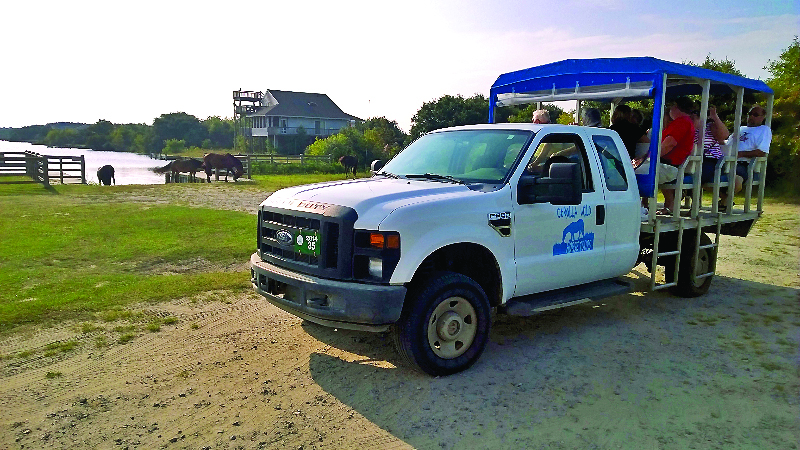 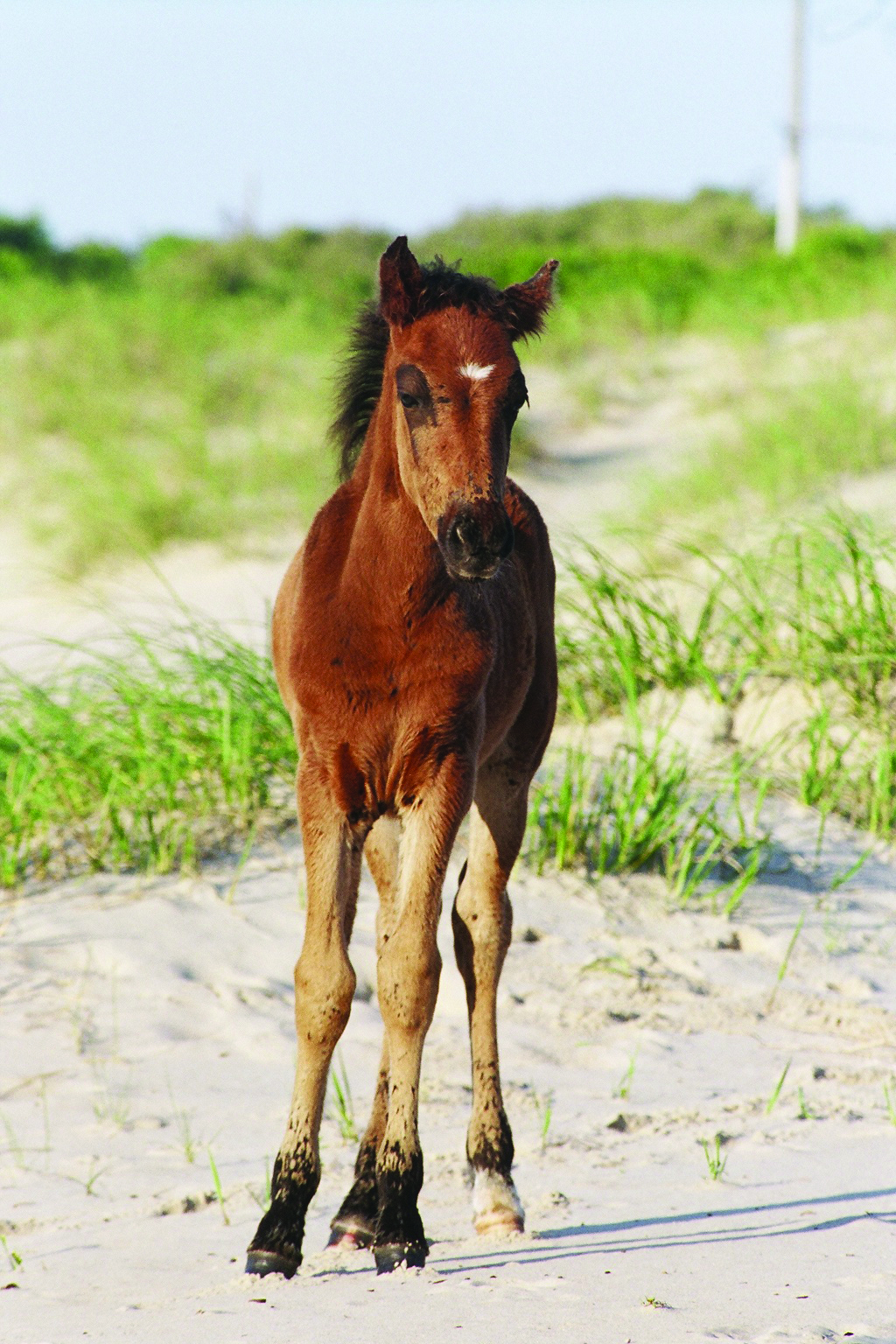 Monday through Thursday take 15% off any drink order of $15 or more!