Here's to the Dreamers

Gail Kowalski, owner of Jewelry by Gail, Inc., has spent her life entwined in an uncertain dance with her dreams, an existence personified in the movie La La Land by Emma Stone’s character Mia, an actress struggling to get her break. When Mia finally lands an audition that could change her life forever, she captivates the casting director with an aching solo, reaching out and into the chest of every audience member . . .
Gail lives every day amazed and humbled that she has had such success in achieving her dreams. “Any art-related business is a miracle if it even survives 10 years,” she says. As of 2017 it will be four decades since Gail founded Jewelry by Gail, Inc. “It’s truly shocking to me that it has been 40 years,” she says. “It’s like Mr. Toad’s Wild Ride.”
Gail started dreaming early, when she ventured from her childhood city of Pittsburgh, Pennsylvania, to Siena Heights College in Adrian, Michigan, to study jewelry making. At school, she developed her distinct style of balanced asymmetry. Then, in 1977, she borrowed $1,500 from her grandmother and set up a studio/shop in Nags Head, North Carolina. 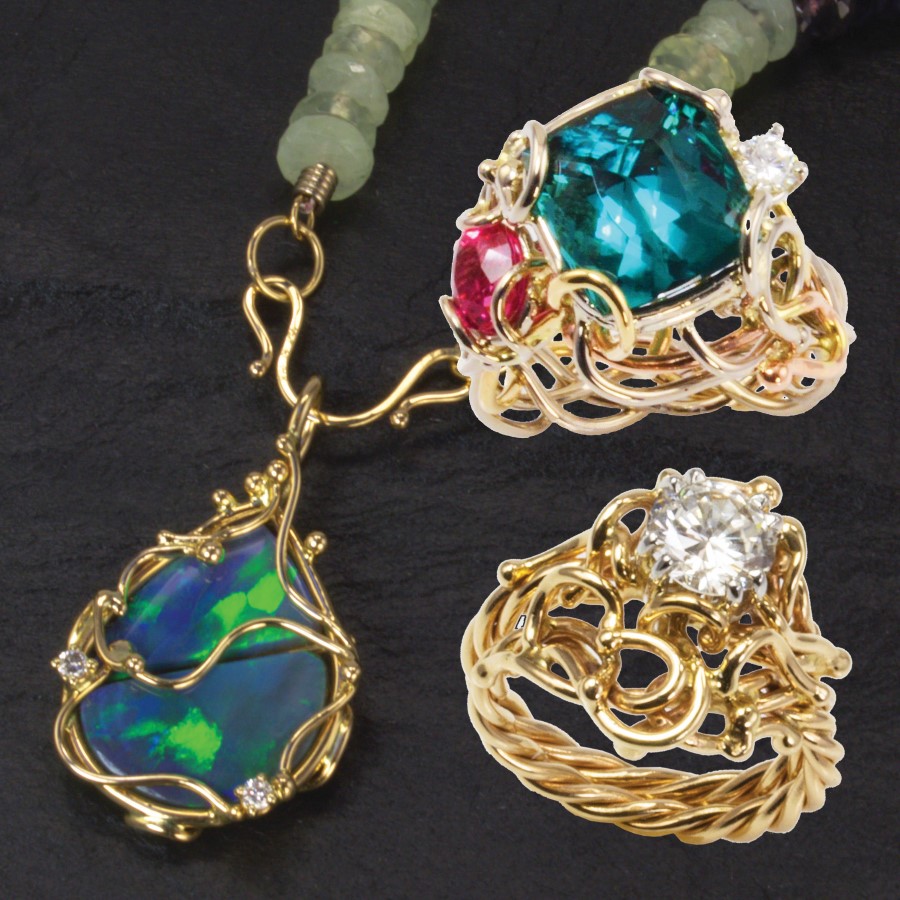 Gail began as many other artists, constrained by cash flow. She couldn’t afford gold, so she designed in silver. But Gail garnered a following, moved into finer metals and upgraded her location in 1987 to her current showrooms and studio on Driftwood Street in Nags Head. Along the way, she won the Johnson Matthey Platinum Award and the De Beers Diamonds Today Award.
At first, Gail’s realized dream featured recurring guest stars: Outer Banks visitors who returned year after year. But over the last two decades, Gail noticed a different dynamic. “It used to be families who came every year and stayed in the same rental. Now, vacationers are here three days and gone, maybe just once. It’s always a brand-new audience.” She needed a way to reach people before they came.
Aspiring to show her designs on a grander stage, Gail dreamed of Hollywood, a place where jewelry-makers can shine for the masses, their wares worn by the stars. But getting a break in that world seemed impossible. “There were two ways to get in, you were either Julia Robert’s cousin or you knew someone who functions in that world. And I didn’t know anyone.” 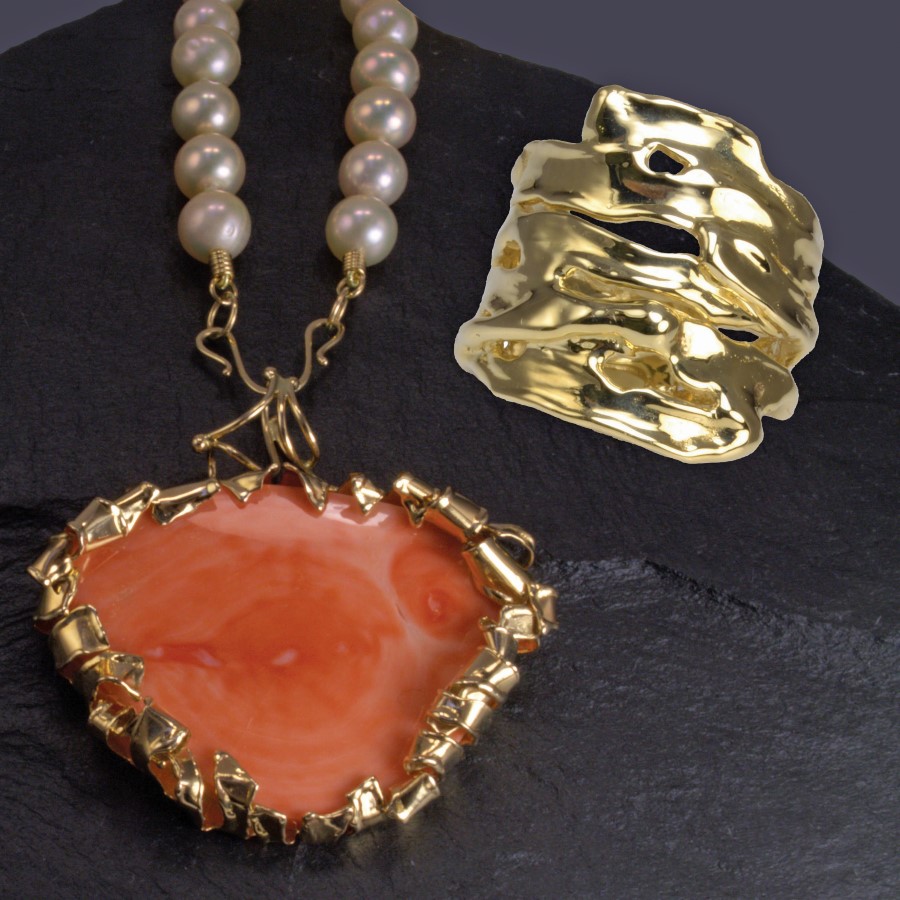 Many Hollywood stories have a magical moment, and Gail’s came in the form of a letter from Platinum Guild International inviting her to submit to their 2004 Emmy’s Jewelry Preview Suite, an event run by celebrity stylist Michael O’Conner, where stars could find designs to wear to award shows. She entered as a long shot against designers whose designs were collectively worth millions.
“I didn’t have the typical entry – my designs aren’t loaded with diamonds and expensive – but I picked my prettiest stones and designs and entered,” she says, adding a classic Outer Banks colloquialism. “You can’t catch a fish if you don’t throw out bait.” And catch a fish she did. O’Conner called her his wild-card and put her on his short list of designers he would always invite to show their work.
Now, over a decade later, you’ll find pictures in Gail’s showroom of celebrities garnished with Gail’s designs. In September 2016, Gail loaned her Satin Slipper Pearl Earrings to Alexandra Billings of Transparent for Emmy Awards events. Alexandra’s mother admired the earrings so much that she wore them instead. And in July 2016, when Jewelry by Gail customers Rhonda and Dwight Ayscue knew they would be meeting Johnny Depp backstage at a Hollywood Vampires concert, they decided to present him with a gift. They came to Gail, who crafted a tribute piece to Depp’s children and career, a medallion and charm necklace including a rose, a lily and a jack-in-the-box to represent Depp’s children Lily-Rose and Jack. Upon receipt, Depp posed for a photo with the piece and even wore it home.

Do you dream of stardom? Maybe you don’t long for the bright lights of Hollywood, but you’d still like to shine bright, every day, in your own world. Well, don’t worry if you aren’t Julia Roberts’ cousin.
“Nowadays, everyone can be a star if they want to, in their own life,” says Gail. “Everybody wants to be one-of-a-kind, nobody wants to be cookie cutter. Our jewelry can provide that because our designs are all unique, and people can find something they connect with here that speaks to them individually.”