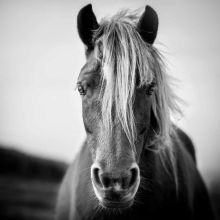 If you want to understand and uncover the true history of the Outer Banks, you must know the story of the wild banker horses that made these islands their home long before our beaches welcomed hordes of visitors eager for their summer vacation. Nearly 500 years ago, Spanish mustangs were brought over and left behind by voyagers. In these early days, an estimated 3,000 horses roamed the northern beaches. However, when Bob White first moved to Corolla, only 40 horses remained. “They’ve been part of the Outer Banks since the first explorers,” says Bob, owner of Bob’s Wild Horse Tours.

Due to developing infrastructure in the 1980s and 1990s, most notably a previously private road that went directly through the horses’ natural habitat becoming public, 20 horses were killed by human interaction between the towns of Duck and Corolla. A collective effort to protect these horses sparked the advent of the Corolla Wild Horse Fund, a group of volunteers whose aim is to put an end to these life-threatening mistakes and conserve and responsibly manage the herd and their natural environment. Today, these horses are among the greatest draws for visitors to the Outer Banks.

Though the horse population has grown since those devastating years, according to Bob there is still plenty of work to be done to ensure the safety and sanctity of these horses and their homes. One step the Corolla Wild Horse Fund has taken that has proved effective is carefully moving the population farther north and out of harm’s way. Though this area is less busy and this change has made the environment much safer for the horses, there are still risks, almost all of which are human-related. This is where the legacy of Bob White, colloquially known as Corolla Bob, and the origin story of the wild horse tour come into play.

The History of Corolla Bob

The start of Outer Banks wild horse tours actually begins in Richmond, Virginia, where Bob White was living when he first vacationed on the Outer Banks in 1983, a time when the Spanish mustangs had free reign over the Corolla dunes. He was accompanying his father, Bob Sr., to the northern beaches to purchase a vacation home, to which Bob Sr. would later move full time to open an inn, the Inn at Corolla Light. After several successful years, Bob Sr. finally coaxed his son to move down to the Outer Banks and take over the inn’s watersports and recreation management in 1996. When Bob came to Corolla as a teenager, he hadn’t quite understood the allure of the quiet beach life that had pulled his father in, but now he was ready to take the summer off from his job at the Federal Reserve Bank and head down to work at the inn – a summer job that turned into a lifelong passion. And to no surprise, he never looked back.

Bob Sr. stumbled upon the opportunity for a wild horse tour one night over margaritas at the inn when some guests inquired about seeing the horses up close for themselves. The horses had just been moved up the beach and beyond the paved road, and visitors were desperate to get a glimpse of them, now more elusive than ever. As a gracious host and innkeeper, Bob Sr. suggested taking the guests off-road to see the horses in his 4x4, and thus the wild horse tour was born, a story and a quintessential Outer Banks experience that would stick around for years to come. The genesis of this idea was far from a conventional business plan but had staying power nevertheless, making Bob’s Wild Horse Tours a steadfast tradition for both visitors and locals. Corolla Bob’s notoriety spread as the proprietor of the first company to embrace the now popular open-air vehicle tour that takes its guests safely beyond the road to where the wild Spanish mustangs roam. 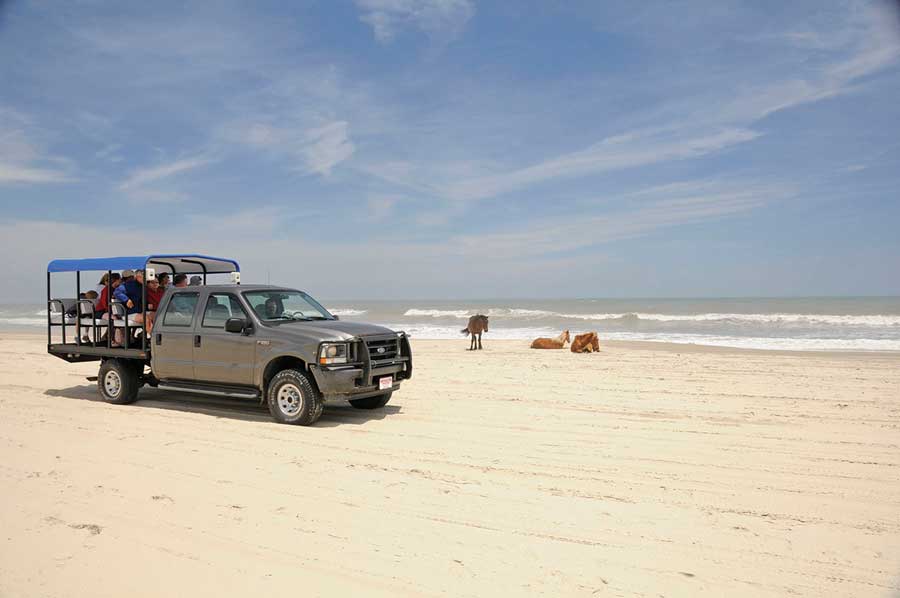 The demand for these horse tours ultimately kept Corolla Bob around, a side business that remained lucrative in the off-season too. He was captivated by the horses, and according to him, that feeling has never gone away and has led to his mission to share the magic of the wild horses while raising awareness about how to keep them safe and educate folks on how our actions can impact the horses. Education is the crux of what Bob does, and Bob’s Wild Horse Tours are well known for their level of expertise when it comes to the horses. In engaging with the horses from afar, safety and etiquette are the names of the game in ensuring the Spanish mustangs continue to survive and thrive. During your tour, Bob’s knowledgeable guides will teach you about the history surrounding the horses and the northern Outer Banks as well as make the regulations and precautions explicitly clear and contextualized.

Bob’s love for his local community is evident in how he gives back to Corolla and its people. “Through my time here and running my businesses, I realized Corolla needed an advocate,” he says. This realization pushed him to run for a seat on the Currituck County Commissioners, an organization of which he is now chairman. Through this platform, Bob is able to advocate for the home he loves, continually searching for ways to invest in and improve the experiences of visitors and locals.

Beyond the work he does on his tours, Corolla Bob also dedicates much of his free time to the horses and their safety. He serves on the Corolla Wild Horse Fund board and makes it his personal creed to educate and advocate on behalf of the horses. These regal animals are considered critically endangered as there are only 100 living on our shores, but dedicated community members like Bob make it their mission to keep them safe. As such, there are safety protocols mentioned throughout Bob’s tours that exist to keep the horses thriving, such as maintaining a 50-foot minimum distance and not feeding them.

Now, more than two decades later, Bob’s Wild Horse Tours is still taking visitors out in their open-air vehicles to the beaches to see the wild Spanish mustangs roam, giving folks on the tour a great vantage point to view the horses. “Because we have diversity in our guides, each trip is unique,” says Corolla Bob. Each expert guide has different stories to tell and knowledge to share with every tour group. The trucks can accommodate families with members of all ages, making your wild horse tour a multi-generational vacation experience. 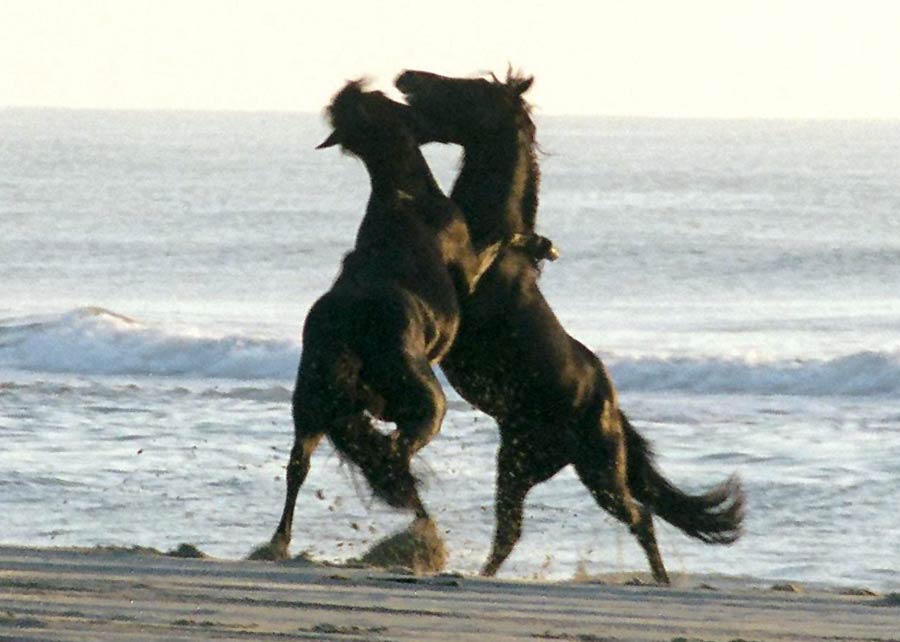 The first and arguably most crucial part of the wild horse tour? Finding the horses! The herd moves approximately 20 miles per day, but the well-trained guides of Bob’s Wild Horse Tours know their territory well. But it’s not just the landscape they’re familiar with – the guides also know the horses by name and can identify them by their markings. Beyond the horses themselves, however, it’s of great importance to Bob and his tour guides to inform their guests about the area, filling his tours with folklore and history about the northern Outer Banks.

At the core of Bob’s Wild Horses Tours is a deep regard for the safety and well-being of the horses that works in tandem with a respect and reverence for the natural environment of the Outer Banks and the people who populate it. “When I started this, I never imagined guests would do more than one tour,” Bob says. “I’m humbled by how many of them come back year after year as part of their family’s vacation. I’m now part of people’s memories they have for years!”