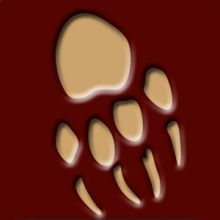 There's poetry in the rhythm of horse hooves - a running hip hop cadence. There's an entire vibrational song in the flutter of wings all around us. There's the droning base line of insects as they add the constancy of a background note. Listen: Here on the Outer Banks, we're surrounded by a virtual symphony of wildlife. Imagine if you could somehow hover just a little above these islands, serenely belly flopping on a cloud as you sharpen your eyes to see only the wildlife here - the critters, the big animals, the reptiles, the birds, the tiny fliers. You'd need to stay gazing the entire day to see them all because, known or not known, seen or unseen, heard or not heard, there is more wildlife here than most anyone imagines. 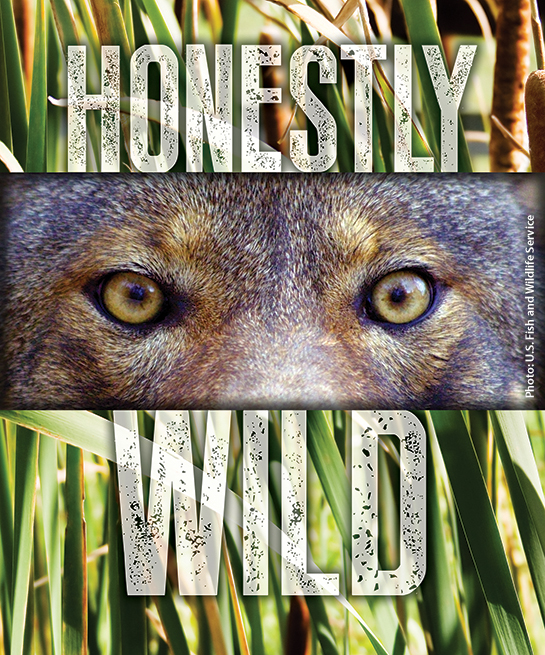 Our most famous wild residents are our horses, in both Corolla and Ocracoke. Corolla's run free, for the most part, and provide an endless romantic tie to ourselves, maybe to our own free-roaming pasts. They're strong and majestic, proud and beautiful - why wouldn't we want to identify with them?

And then there are the wild boar. Yes, the wild boar. They're big and mean and hairy and have tusks, and if you encounter them, you give them a wide berth. You won't see them in Corolla proper, but up in the less developed areas north of Corolla, you might chance a sighting. We have friends who tell us the beasts are in Skyco (on the road going toward Wanchese) too!

And, staying in the Corolla area for a bit longer, did you know that mink, beaver and muskrats add to the population in this area? I've lived here for more than 30 years and never knew about the mink. And, I believe that I might have been interchanging muskrat and nutria - another furry water mammal. Beaver, of course, are most recognizable with their flat wide tails. They all have incredible, lush fur, and I'm sure they're all happy that current fashion trends don't favor using it!

Adding to the collection are bobcats. Again...lived here a long time...didn't know! With their tufted ears, bobbed tails (thus the name) and stripes and spots soft coats, they're similar enough to our sweet house cats to make us want to call, "Here kitty, kitty." But, that's not advised, even if you happen to see one, which is unlikely since they're nocturnal and elusive. But, don't you agree that it's cool to imagine them roaming our woods!

Competing for prettiest woodland animal might be our gray foxes - though I swear I've seen red ones too. Often, because of the rusty color that wraps around their shoulder and continues down their belly, the gray ones are mistaken for the reds. These crafty little creatures range over most of the Outer Banks. They're spotted all the time in Corolla and north, in South Nags Head and in Hatteras. We know there are folks out there who aren't fox fans, but, really, you can't deny they're cute. And to hear them sing in their call of the wild scale is pure nature music. 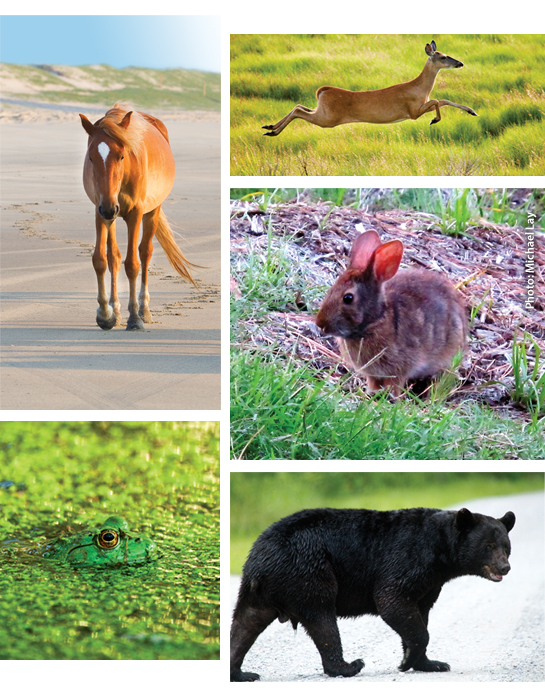 Speaking of singers, let us honor our local wolves. Though they're located on the mainland, west of the Outer Banks, we still claim them as our own. Once near extinction, these magnificent animals have been thriving in a special program initiated by the U.S. Fish and Wildlife Service in 1987, and their numbers are steadily climbing. The Alligator River Refuge that they call home is one of the only places in the entire world where these wolves roam free. Throughout most the year, you can go out with a ranger and howl with the wolves. The sound is eerie and haunting but beautiful at the same time. It sure puts you in touch with your primal soul.

Sharing space with the wolves are the black bears. Many bear sightings are made by locals and visitors who drive into the Outer Banks from the west. While they're no strangers to people, if you see one, observe it from a distance. They're bears, people...bears! And, for heaven's sake, don't attempt to feed them!

One of the most common Outer Banks wildlife members are the deer. They're seemingly everywhere...well, expect for Roanoke Island. Did you know, Nags Head area vacationers, that at any moment, there are little deer eyes on you? Think we're kidding? We've had the personal experience of having a deer hit our car (not, mind you, the other way around) on the Bypass in the middle of the day. Promise. Not making it up. And a trip along the mainland road leading into the Outer Banks from the west is like a journey through a deer park. It can be fascinating for the people in the car spotting them...a wee unnerving to the driver. 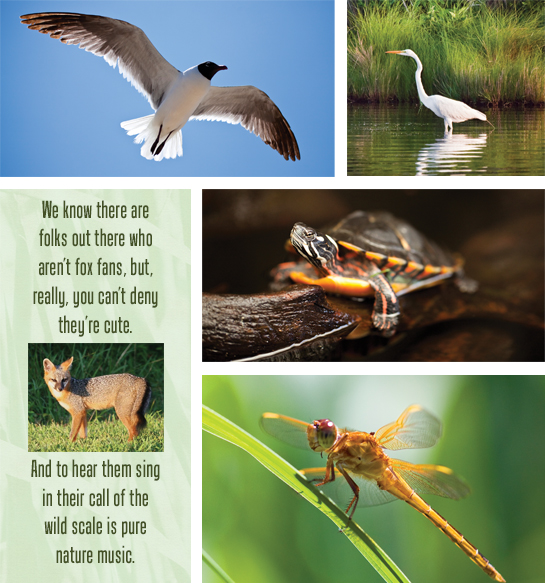 As we get closer to the ground, we encounter the wild hare. Not the fuzzy bunnies. The wild hare. They're brown and rangy and white bottomed, and I think they're the best animal here. When I go walking around Roanoke Island, I count them in the manys (and so does my dog). Used to be, one of the best summertime activities was riding along the Nags Head/Manteo causeway as twilight approached and seeing how many you could count. I believe we reached 76 one time. I'm not sure where they've gone of late, but I hope they decide to return to that marshy warren.

Other small paws to the ground are raccoon and possums, but they're so common we don't think many visitors would find their presence unusual, and we locals just take for granted that the cat food left in the bowls outside on the porch is eaten by these guys. Suggestion: If you wear glasses, put them on before you reach down to pet that furry critter munching away. It might not be Fluffy. This is true even if you're in a rental cottage. They love the beach too!

Now, if we dip below the ground, into the water, we're into a whole other wildlife kingdom. Yes, there are the fishes of all sorts and the dolphin, which are blessedly plentiful. But we're going a bit more prehistoric - to the alligators and turtles. Of course there really are alligators here! Why do you think it's called Alligator River? But, since you don't swim in Alligator River (no, no you don't...at least not close to the shore), you have no worries. It is amazing to see one of these ancient-looking monsters alongside U.S. Highway 64. And the turtles like to sunbathe on the limbs that fall across the canals. I'm guessing they live a peaceful co-existence - they probably both look at each other and say...gaaawwww, I'm not eating that strange-looking thing! (Actually, an alligator will gladly eat a turtle, but we're not going there.)

Next up, snakes. May I please just stop there?! Take a trip to Nags Head or Buxton woods. Then keep your eyes wide open. You will see many a snake - some of them the kind that just make you shiver, such as copperheads, cottonmouths and pigmy rattlers. Most the snakes here are perfectly sweet - and I've been told by people who will actually look at them that they can be quite beautiful. According to information from the National Park Service, there are 32 different species of them here. Great. 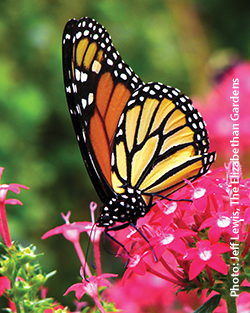 For my own sake, I'm going to turn our attention to the air and the lovely abundance of flutterbys. The most amazing? The iridescent dragonflies, ranging in color from gold to red to cobalt blue to emerald. They're the harbingers of mid-summer when, it seems, everywhere you look you can see one in its shimmering flight pattern. Michael Franks described it well...we're deep in dragonfly summer. But, then, the fall starts flowing in and those limeish-yellowish butterflies appear along with the king of butterflies, the Monarchs. It's such a sight to see these air dancers in their chaotic choreography.

One of the most amazing visual experiences you'll ever have out in nature is right here on Roanoke Island. During the summer months, at sunrise and sunset, purple martins depart from and return to the old Manns Harbor Bridge. It is a flying mass of purple with a cacophony of bird song as the soundtrack. If you can see it from waterside in a boat or kayak or SUP, you'll be wonderstruck. But, even from the bridge, it's a sight you'll never forget.

There are so many other birds - snowy egrets, heron, quail, pheasants, laughing gulls, terns, piping plovers, osprey, eagles, pelicans that spell out word symbols in the sky with their flight dances...this list is hundreds long, which is one of the reasons this area is a birders choice. But I have to end with the geese. 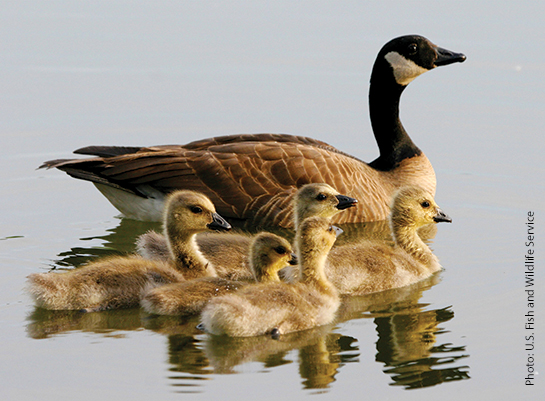 One of the times my heart quickens with happiness over the approach of fall is when I hear the honks of geese and see them in their chevron flight. They're making a v-line for their resting grounds, and, somehow, all is right with the world. Their call is, in my estimation, the best encore to the wildlife symphony we have on these outer islands.

The wild things are calling. Answer.