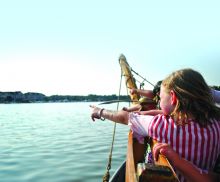 From the dastardly deeds of Blackbeard to the nameless rogues tying lanterns to the heads of nags, tricking ships into crashing on their shoals for a good plundering, one thing is for sure — the Outer Banks is big on pirates! But the swashbuckling buccaneers traipsing toward the Sea Gypsy in their striped shirts, curly mustaches and mermaid scales are anything but big. This particular day at sea with Pirate Adventures is just for small fry (and their brave parents), who jauntily tramp on board for the escapade of their lives. We’re often given the impression that this generation of children lives with electronic devices firmly planted in front of their faces, but as the salty air blows and the kids find their sea legs, we’re reminded that in the realm of childhood, imagination still reigns. 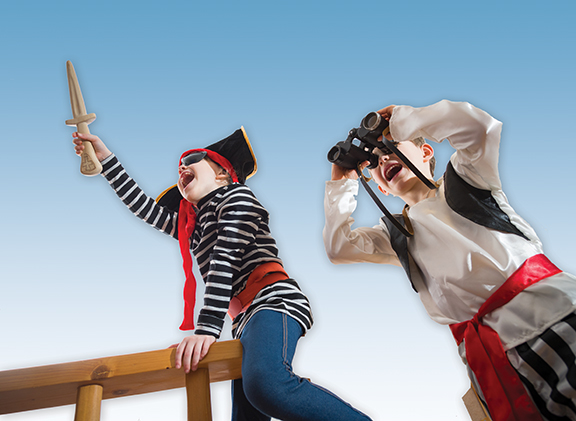 Pirate Adventures owner Jared Stricklin grew up on the water and wanted to open an interactive, kid-based business to share his love of all things nautical. Thus, Pirate Adventures was born. As parents, we worry about things like overscheduling and standardized tests and screen time, but if the success of Stricklin’s Pirate Adventures is any indicator — he runs six trips a day, seven days a week from Memorial Day to Labor Day — children still long for active shenanigans abounding with magic and imagination. What happens on a pirate adventure? Let’s sail away with them! 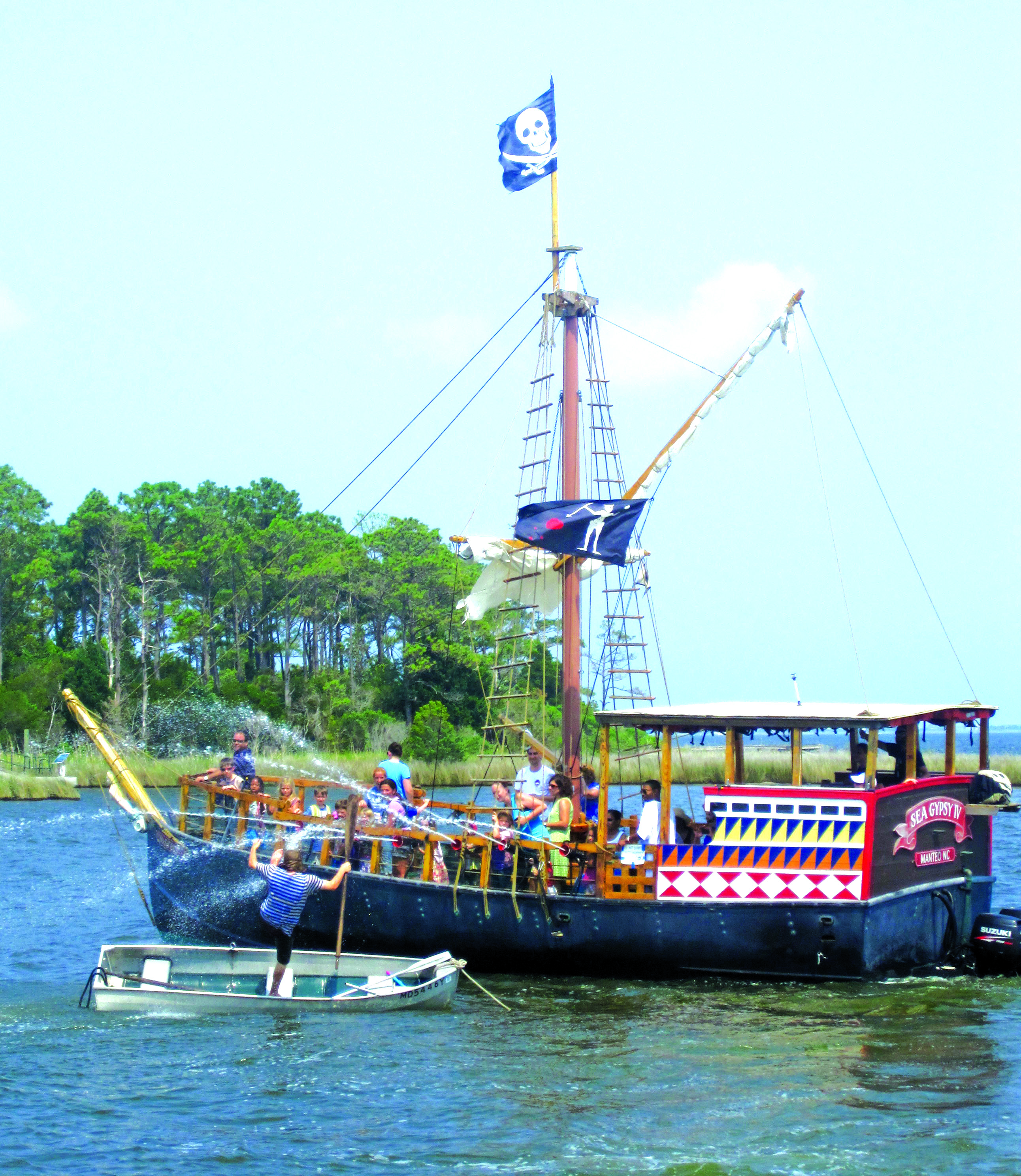 Once aboard the Sea Gypsy, the Captain gives the kids a quick course in the rules of the sea and pirate-speak, then when the kids are Ahoy-ing like miniature rapscallion hearties, a treasure map is discovered and a message in a bottle mysteriously floats by the ship. They’re alerted that Pirate Pete, the scruffiest vagabond to ever roam the ocean, has something they need. There’s only one sure way to rectify that sort of a situation, and that’s a pirate fight! Scurvy bilge rat! Dastardly scoundrel! The pirate-y insults fly along with the water cannons, and Pirate Pete is soon vanquished. Whew. Surely a treasure chest filled with rubies, emeralds and gold doubloons (or kid-friendly trinkets) awaits as the map is deciphered and we see if X really does mark the spot. 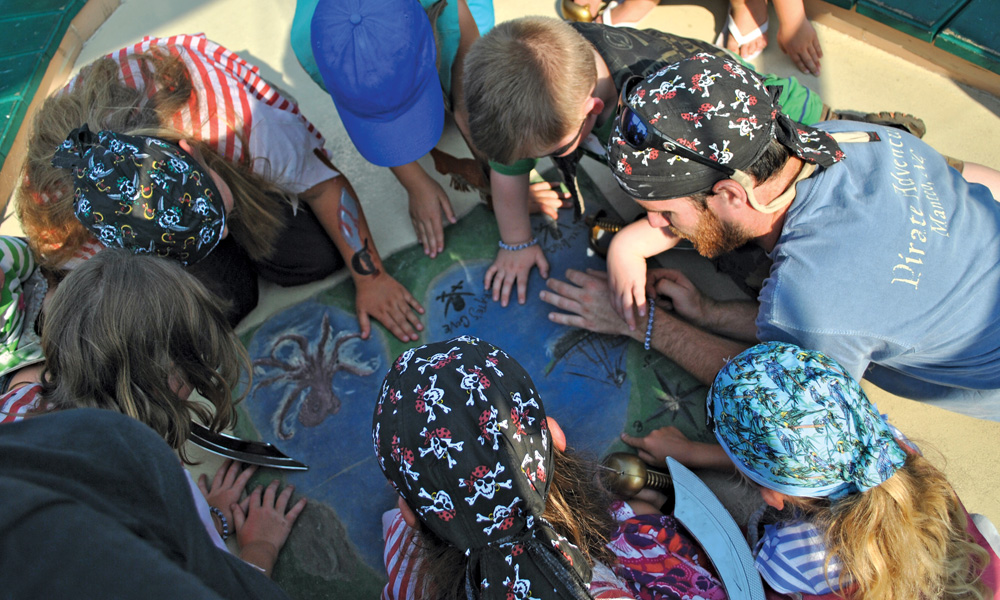 Kids are natural storytellers, and the crew of the Sea Gypsy takes cues from them instead of relying on a fixed script. Though the characters played by the crew are consistent (meet Wave, Blimey, Scruffy, Bilge, Zissou and Scar) and the chain of events remains the same, each outing is different, based on the particular imaginations of the kids on board that trip. As active participants in their pirate journey, the children write their own story, as it were. The engaging, energetic crew may lead the narrative along, but the kids are just as big of characters as Captain Chum or Pirate Pete. 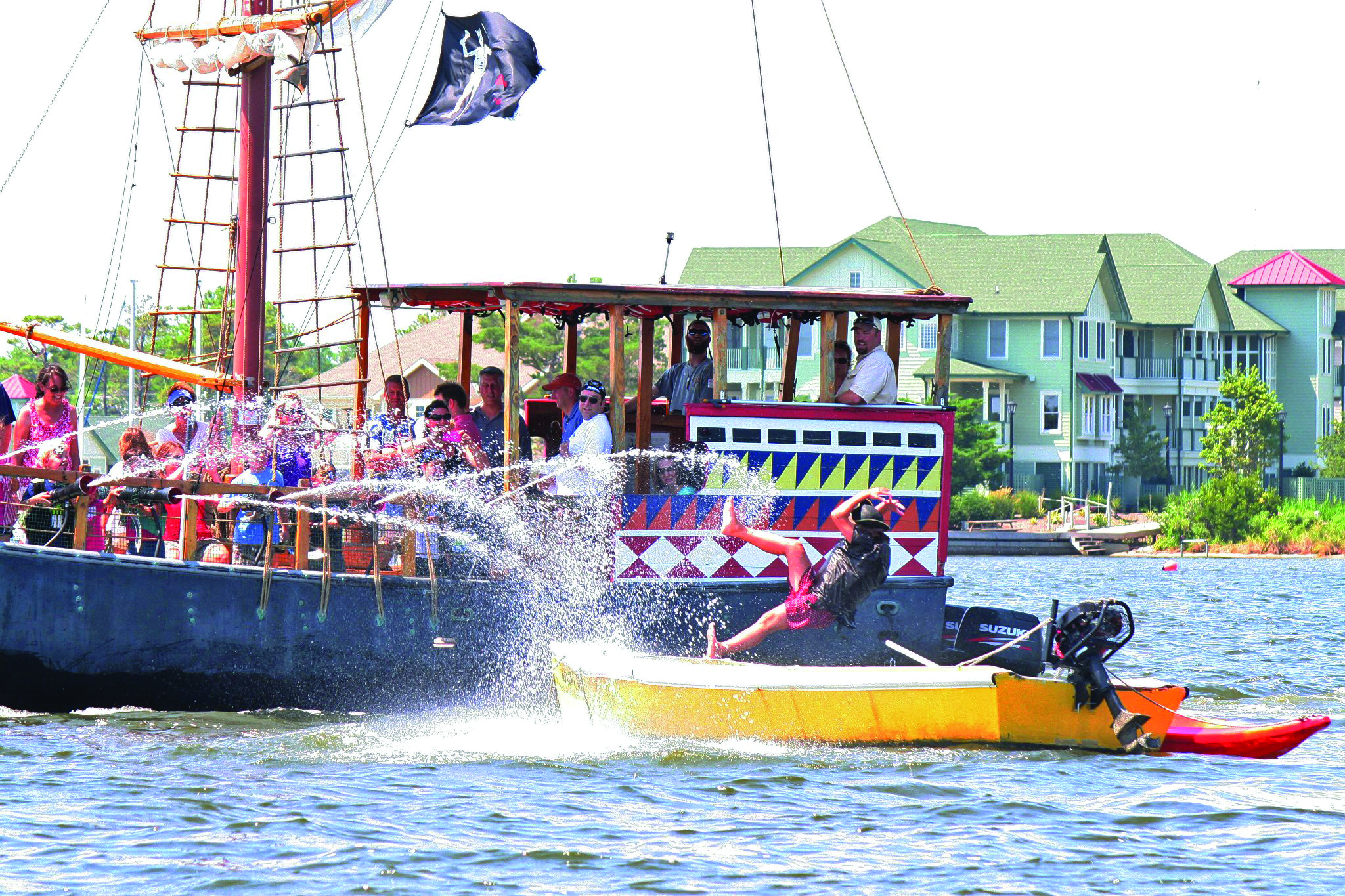 Imagination and play are essential parts of not only childhood but of humanity itself. Whether pint-sized or full grown, we discover the best parts of ourselves when we’re immersed in magic and joy, fresh air and fun. So check out Pirate Adventures if you’d like to give your little scallywag a taste of the high seas. You may be surprised at just how much natural energy, ingenuity and creativity your small one exhibits in a setting designed to set his or her imagination free.