The more things change, the more they stay the same 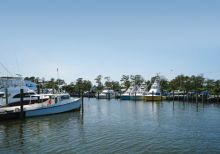 The distance between the town of Manteo and the southern tip of Wanchese on Roanoke Island is only a little more than 5 miles. It’s a walkable distance, one that belies the present-day shifts in landscape and lifestyle. But what ties the two together is history, albeit of different ilks, and soon . . . tourism. “Tourism?!” some who have been to the two places might say. Yes, tourism. While Manteo has been known for years as a charmer of a town to visit, the attraction to Wanchese has been more selective. But changes are afoot in the quiet, fish-focused enclave.

Let us be quick to say that the changes that are coming are with a mind to preserving the Wanchese-ness of Wanchese, not gussying it up and forgetting its roots. Wanchese is and always has been a working fishing village. That it shall remain. But it’s that very fishing history – the fish houses, commercial boats, the harbor, the fish smell, the nets, the men (and sometimes women) who are up before the sun and whose hands show the hard work of providing seafood for the rest of us to eat – that, in a world becoming increasingly lost in sameness, is increasingly appealing.

The Landing is the name given to the southern tip of Roanoke Island where the road through Wanchese winds past the collection of fish houses and boats and loops back up in a wavering oblong. It’s a drive that most old-timers and many of younger years take most every afternoon, after the day is done, just to check on what’s happening, to put eyes on their boats, to see who’s out and about. It’s a pilgrimage of sorts since this area is the heart of the commercial fishing scene in Wanchese and most people who live here are tethered to that industry. 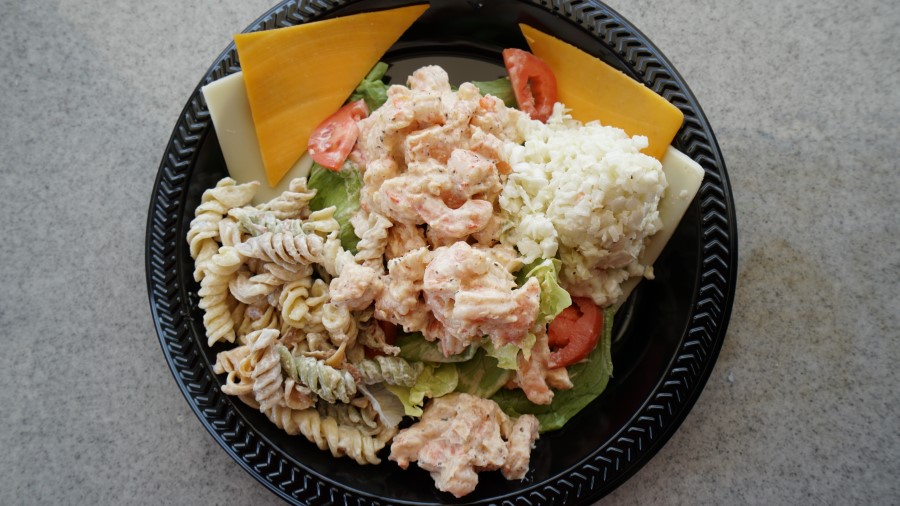 And it’s here at The Landing that the new owners of Wanchese Marina and the restaurant named after the area, also called The Landing, are re-envisioning the new draw that will bring visitors and even more locals to this fishing village. The Hatchells, who bought the property, have family roots deep in the waters of Wanchese. When the marina, restaurant and surrounding property were put up for sale by the Daniels family earlier this year, the Hatchells jumped at the chance to purchase it. But as one of the owners, Jamie Hatchell, laughingly explains, the plan for what they were going to do with it wasn’t exactly clear at the point they were signing their names on the bottom line.

While the plan might not have been 100% clear, the vision was there early on. It had begun forming one day when Jamie was at the restaurant helping with the renovations, and within an hour guests arrived to have lunch via horseback, bike and golf cart. What struck her is what many people who know the area would say, “Oh lordy, that’s so Wanchese!” The closest parallel in her mind was the village of Ocracoke where the same transportation options tend to be preferred over cars. “Hmmm . . . we could play this out! We have the same close-knit community, the same small geographic area that’s easy to get around, the same strong culture and history that’s still very present. Wanchese could provide the same sort of escape from the hustle-bustle world into simplicity, quiet yet fun and connection to place as our Southern neighbor does.”

And that’s what they plan on creating. 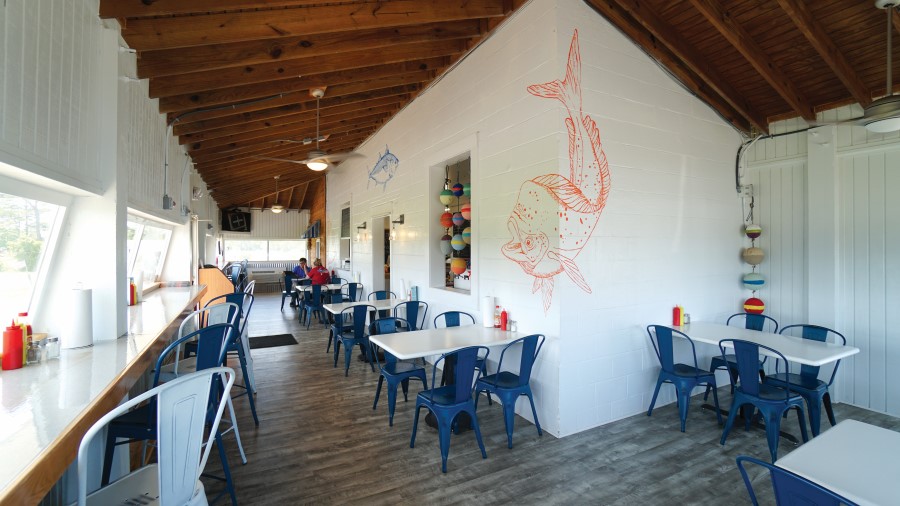 The Landing restaurant has been the flagship, so to speak, of this harbor reno. What used to be a rather hole-in-the-wallish place (albeit quite popular with a crew of men dubbed the Breakfast Club who’ve been gathering each morning at 6 a.m. for about 20 years) is now a bright, clean space with a big enclosed front area for dining, a new kitchen and an incredibly appealing steam bar added to the back of the building overlooking the harbor. Even though it only recently opened, it’s already drawing faithful crowds who appreciate the fresh seafood (where would it get any fresher!?) served up with an amazing local view. The restaurant serves breakfast, lunch and dinner.

The next endeavor to be completed was the dolphin tour boat, Harbor Star, who had her maiden voyage Memorial Day weekend. This vessel lets those who might not hanker to wet a line fishing still experience the area from the water as it takes daily trips into the Roanoke Sound for close encounters with these intelligent, gentle sea mammals.

But the biggest changes are being made with the marina itself and the land around it. The existing 26 slips are increasing to 77, including ones that can accommodate large boats, alongside their own fleet of 15 inshore and five offshore boats. In the near future, a haul-out and 36 more small slips will be added. Also coming soon will be a boat storage area across the street and a ship’s store that will sell t-shirts, tackle, snacks and marine supplies. While these new slips, enhanced dock and additions will change the look of the marina, the Hatchells are determined to maintain the feel of it and increase that village atmosphere. It’s still going to be a working marina, just as it has been for decades. But, with the changes, there will be more opportunity for visitors to experience a true working seafood harbor and more deeply understand the importance of both commercial and recreational fishing. 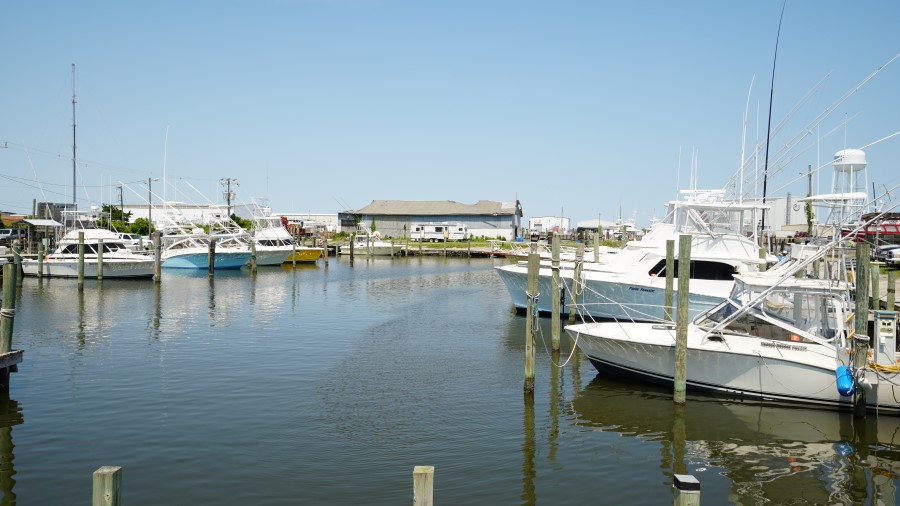 As you stand on the new docks and look across the harbor, you’ll notice a rather large, rather dilapidated building. This area is going to be completely transformed. The building will come down, and in its place will be an outdoor pavilion, picnic areas and maybe even a seafood store. Imagine a band playing at this site while you sip cold beer, or picture a wedding with the background music being the sound of waves playing on boat hulls while seagulls sing overhead. It’s so Wanchese.

A three-bedroom house beside the marina has already been turned into an Airbnb, so if you’re ready to experience the Wanchese appeal, book your space.

It’s been said that the more things change, the more they stay the same. If you look at Wanchese Marina, The Landing restaurant, the dock and land that surrounds it through this lens, we might get close to what that saying was trying to impart. The old-timers who have looked at the marina for most of their lifetime will still see a collection of memories punctuated with updates through the decades. They’ll, perhaps, see the increase in offshore boats versus trawl boats, but the marina will still be there, still filled with people they’ve known for years, still functioning as a gateway to the sounds and the Gulf Stream. The younger ones and visitors will not see the same history as the older ones, but they’ll see the upgrades and additions that combine to create the “new” Wanchese Marina that’s been a part of The Landing area for generations.

Saturday through Monday only! Must present or mention coupon code at time of booking. Some...