New Things to See at Whalehead in Historic Corolla

The history of Whalehead in Historic Corolla is a snapshot of the fascinating history of the Outer Banks and American history in general.

The sunny-yellow building overlooking the beautiful Historic Corolla Park just yards away from Currituck Lighthouse was built in 1925 by Edward Collins Knight Jr. at a time when tourism was just starting to take hold in Currituck County. Back then, it wasn’t the breathtaking beaches and sounds that drew in the tourists so much as the water fowl that made their homes on them. Duck and geese were so prevalent then that historic journals describe them as blocking out the sky in a mass of black wings, and wealthy gentlemen like Mr. Knight traveled for miles to idle away their winters hunting. Mr. Knight loved it here so much that he had a second (or rather a third) home built for him and his new bride that was a massive, five-floor, 21,000-square-foot building complete with an elevator and swimming pool. 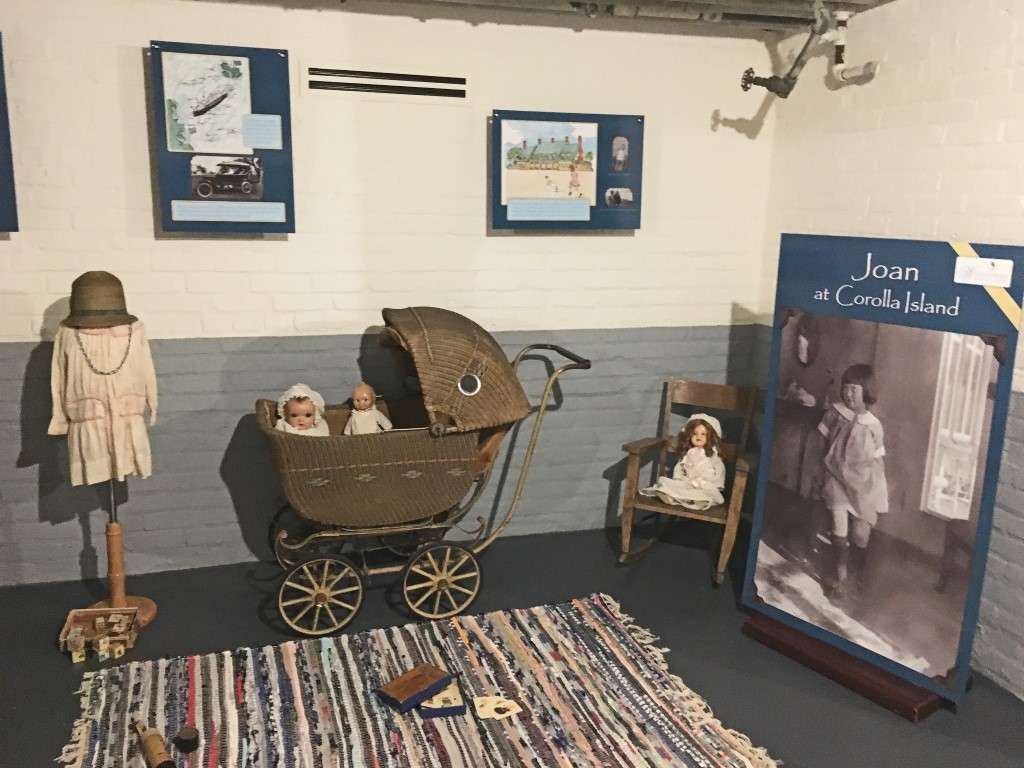 After the Knights died in 1936, the home passed though several owners and a variety of increasingly colorful purposes over the proceeding decades. It was leased by the Coast Guard during World War II for use as a receiving station for new recruits, served as a summer boarding school for boys from 1959-1962, and from 1964-1969 it was used as a testing facility for rocket fuel. Then it sat, ignored, unkempt and inspiring legions of ghost stories as it fell more and more into disrepair. That is, until it was purchased by Currituck County in 1992. Restorations on what was now declared a historic site began in earnest in 1999, and by 2002 it had been fully restored to all the prohibition-era splendor it had shined with when the Knights had built it 77 years previously. 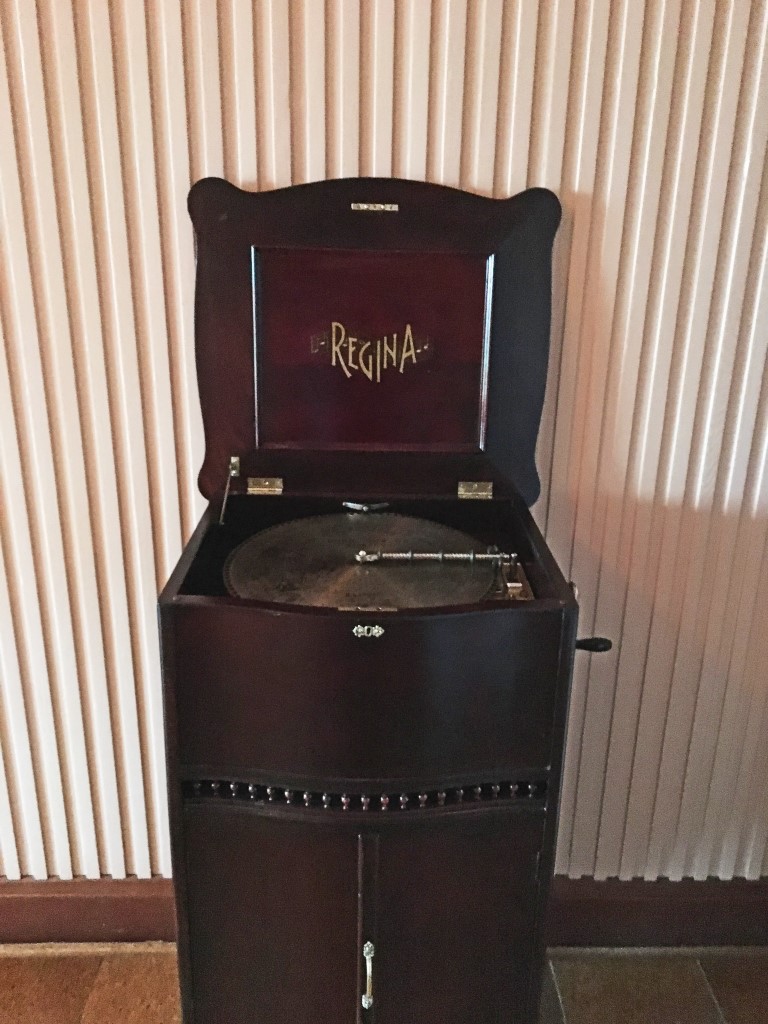 Well, that is, it perhaps appeared to be fully restored … to the casual observer. But to the dedicated team of historians, restorationists and curators, it will never be quite finished.

And that’s good news for the visitors who come to tour the “almost” restored building, because that means there’s almost always something new that’s in the process of being added. And if you haven’t been to Whalehead since last year, it’s definitely worth another trip to see the two new exhibits, a new behind-the-scenes tour and the beautiful, new working Regina Music Box that sits in the lobby. As for the stunning park outside, which has long been a favorite for weddings and other events, brides and party planners will be thrilled to hear about the new bathroom facilities being built on the grounds, which have two air-conditioned dressing rooms.

The Regina Music Box is a good example of the constant restoration work that happens at Whalehead. As an official historic site, the people working on the restoration of the building and its furnishings are obligated to do everything they can to make them look as close to the originals as possible. Since the building had so many incarnations and then sat empty for so long, the house itself and many original pieces that once adorned it were either in very bad condition or, in the case of furniture and things like light fixtures, gone. The restorationists had to study photographs, oral and written histories and what little furniture, paint chips and tile were left to clue them in on what the house, furniture or accessories once looked like. Sometimes that meant building replicas of the original furnishings that didn’t survive, but whenever possible they prefer to acquire actual antiques that match what once stood there. Such was the case of the Regina Music Box, an early precursor to the record player that reads the holes in large metal discs to play music.

“We searched for years for the music box because there are a lot of different styles, but oral histories helped us discern that this one is just like the one they had,” says Landen proudly. Despite being more than 100 years old, the wind-up device plays perfectly, and its melodies can now be heard wafting through the air during some of the tours as it sits in its proper place in the foyer.
While the first and second floors have been painstakingly restored to exact specifications, a few more liberties are taken with the basement, third floor and the attic. The basement was once a work area for the servants, the wine cellar (which Mr. Knight built in open defiance of the 18th amendment) and the root cellar, but now it holds a museum dedicated to the history of the home, including its later uses, and the greater history of Currituck. The two new exhibits can be found there, just down the hall from the illicit wine cellar.

The Back in the Day exhibit is a striking display of vintage clothes from the 1920s, including a remarkably large collection of men’s clothes (which tend to be somewhat more difficult to find). Though these particular garments didn’t belong to the Knights, they’re the sort of thing that they or their many houseguests might have worn and provide a fascinating look at 1920s history. 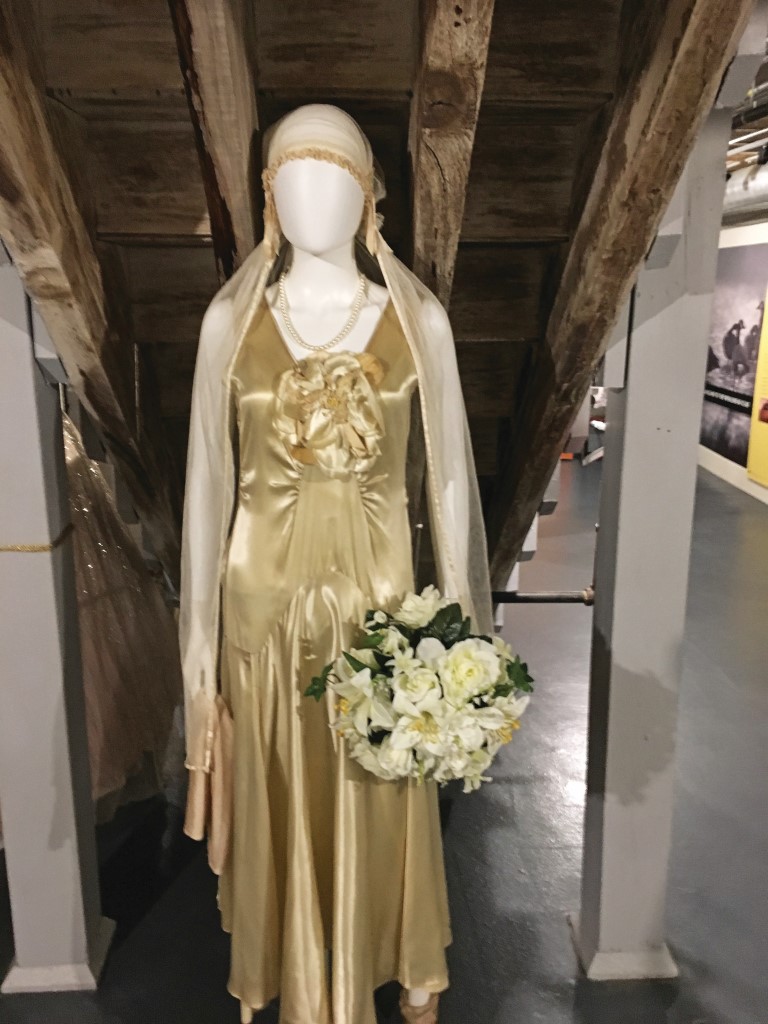 But it’s the vintage children’s toy exhibit, a tiny monument to Joan Starkey, that seems to hold the most sentiment for the museum staff. Joan was the daughter of Robert Starkey, Mr. Knight’s valet. She spent a number of hunting seasons in the house, like several other children of the servants there, sharing a cozy bedroom on the third floor with her mother and father. What made Joan special to the restoration crew was the discovery of her family photo album.

“We hadn’t had a lot of pictures of the kids yet,” says Landen.

The album was full of photos of Joan and children from the village  and, best of all, a great many pictures of the house that were incredibly useful to the restoration effort. In a way, little Joan helped restore Whalehead and seems to now occupy a space somewhat like a patron saint.

“We all love Joan,” says Landen, who keeps a photo of the grown-up Joan hanging in her office — a bombshell “bottle blonde” who, Landen mentioned sadly, did not live very long.

The new exhibit features some of Joan’s old photographs and a collection of 1920s toys. Joan also features in the new behind-the-scenes tour, a scheduled tour that takes visitors up to the third floor where they can see Joan’s bedroom and those of several of the other servants and learn what life was like for the staff members who lived there in the metaphorical “back of the house.”

The entire, meticulously restored house is well worth a visit, particularly with the new features. It’s worth a visit, in fact, just to sit on the rocking chairs on the sun-drenched back porch, staring out over the water, as you try to picture what life was like for Edward Knight, for Joan Starkey and for the residents and visitors to Corolla who were there in the roaring 20s.