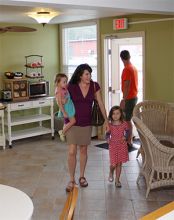 any of our favorite fairy tales are, at their core, stories of the transformative power of vision and perseverance. The story of the Outer Banks Inn is similarly a tale of remarkable transformation.

In 2011 the former Budget Host Inn, long operated by a local owner, was beginning to show its age and was sold to a business group that immediately re-listed the property for sale, jacking the price up by a half-million dollars, hoping for a quick profit. In the meantime, the new owners exhibited no real interest in actually running or maintaining a hotel and, eventually, the property slipped into foreclosure.

Although a resident of New York City now, Blanchard has deep family connections to the Outer Banks. Born and raised in Aulander, a town of approximately 800 people in eastern North Carolina's Bertie County, he regularly vacationed with his family in Nags Head as a child and later returned to the oceanfront town for his honeymoon. After graduating from Harvard and earning his MBA at UNC-Chapel Hill, he settled in New York, starting a family and embarking on what would become a 20-year career as an investment banker specializing in mergers and acquisitions for financial institutions. But he continued to maintain his growing family's connection to its Southern heritage and family in North Carolina with yearly extended family "summer camps" on the Outer Banks.

In 1998 he and his wife bought land here and built an oceanfront house in the Sea Point development, a natural progression for a man with a decades-long attraction to the Outer Banks. And that sufficed for a while. But by 2011, finding himself with three grown daughters and only one beach house, Blanchard began perusing the Outer Banks real estate market hoping to purchase another beach house or two. Good housing values proved few and far between, however, and Blanchard instead discovered the oceanfront Colonial Inn, a 1950s-era hotel that was then on the market. 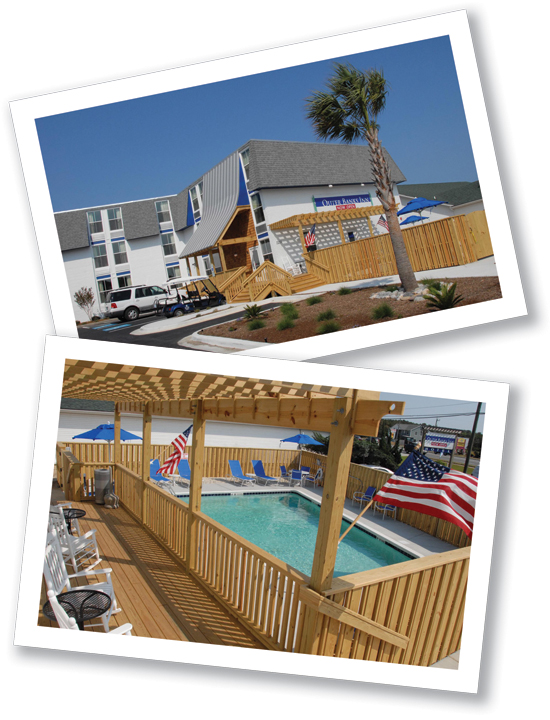 With the assistance of Realtor David Weybright of Remax Ocean Realty (who had also helped Blanchard with the purchase of his first Outer Banks property), Blanchard became the owner of the Colonial Inn on Memorial Day 2011. At the time, the purchase was more of an exercise in opportunistic investing than a commitment to the hotel business or hospitality industry. As Blanchard describes it now, "We saw an opportunity there, we invested money and began to revitalize the property."

But then a funny thing happened. The experience proved far more rewarding than Blanchard had anticipated. After buying and refurbishing the Colonial Inn came the epiphany, "I like this business! Let's try it again!" And before that first summer was out he was on the hunt for another hotel opportunity.

Blanchard first visited the property that would become the Outer Banks Inn right after Labor Day. The hotel was already shut down for the season and in the midst of a foreclosure purchase deal between the owners and another party. "Someone had already put together a quicker, better deal. I thought that was going to be the end of the story," Blanchard says now. "But the buyers' partnership broke apart and the opportunity came back to us." 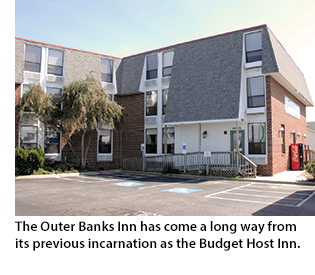 He negotiated for and bought the property in February 2012. As it turned out, Blanchard had acquired a diamond in the rough. "The bones of the building were good," he says. "It was an excellent property. It just needed to be re-thought."

The addition of a pool was a primary component of that rethinking process. But the rooms and amenities also needed major refurbishing and modernizing. Looking back, Blanchard acknowledges, "I didn't know then how much I'd have to invest in the hotel to have a coherent outcome." The big insight came with the realization that in order to break the hotel's recent arc of negativity he would have to change the overall identity of the property.

Blanchard began by having the entire hotel painted white, instantly turning what had been a receding, dark brick structure into a bright, open and welcoming destination.

And then the real work began. Striving to make the necessary renovations, additions and upgrades in time to open by Memorial Day, Blanchard brainstormed with friend and Outer Banks real estate partner Weybright and cousin Tom Blanchard of Kellogg's Supply Company, capitalizing on their local connections to build a renovation project team with an emphasis on local contractors with reputations for good work and dependability. Recalls Blanchard, "I felt if I could get the quality of services I needed on the Outer Banks, then that was what I intended to do." 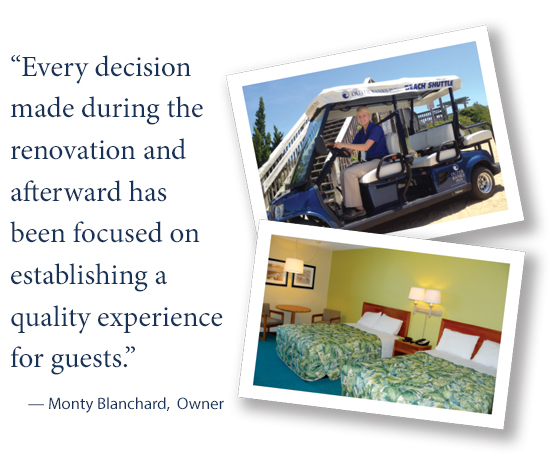 Architect Chris Naison of Beacon Architecture came highly recommended and designed a new swooping overhang above the entrance which helped to break visual connections with the structure's previous history. Stan White Construction and Realty was at the top of the list of general contractors capable of handling such a large project. Inside the hotel, Newport Hospitality Group, the Williamsburg-based hospitality management company responsible for daily operations at both the Colonial Inn and The Outer Banks Inn, contributed their experience and expertise to the project, handling extensive interior design renovations throughout the hotel, thoroughly upgrading each room as well as all common spaces. Mike McGee, owner of The Gentleman Plumber, Inc., carried out substantial plumbing upgrades. Outside, Soundside Pools installed the much-anticipated brand new pool, and Gallop Roofing repaired the aged roof. Master carpenter and woodworker Paul De La Cruz made it his personal mission to design and create an innovative outdoor pergola to help make the Inn's outside setting as inviting as its interior. Kellogg's Supply Company provided the building materials. Julie's Landscaping took on exterior beautification. Local signage vendor Ad Light Signs designed and installed an attractive and eye-catching new sign to highlight the hotel's new identity.

As a result of all this talent and expertise, the Outer Banks Inn, now a completely revitalized and up-to-date, 40-room boutique hotel, welcomed its first guests on June 6, 2012, only a week later than Blanchard's original Memorial Day target. Blanchard is quick to acknowledge the contributions of those involved. "The net effect of all the people working on the project, their input and our decisions together, was that we were able to create a unique property that will provide guests with quality accommodations at a fair price."

Without a doubt, the guest experience is central to the Outer Banks Inn mission. "Every decision we've made during the renovation and afterward," says Blanchard, "has been focused on establishing a quality experience for guests."

"Outer Banks Inn is routinely ranked #1 or #2 by TripAdvisor for customer service and cleanliness. You're not just a room number here."

An essential element of that "quality experience" is extraordinary customer service. Toward that end, three of the Inn's staff - Regional Manager, Joshua Roseberry, and two of his team, Emily Conner and Gale Midgett - have earned professional certification as Certified Hospitality Supervisors from the American Hotel & Lodging Educational Institute, an award given only to those trained to maintain the highest standards as hospitality industry professionals.

In addition to friendly, conscientious service and high housekeeping standards, the hotel's amenities, from flat screen TVs to 24-hour front desk service, free YMCA passes and a variety of specials, discounts and package rates, receive high praise. Even a potential drawback, the hotel's location two blocks from the beach instead of oceanside, has been nimbly addressed with the implementation of free beach shuttle service to transport guests to and from the beach.

And, in true fairy tale fashion, the transformed hotel is already receiving accolades from the community - it was named New Member of the Year by the chamber of commerce and recently received the "Most Improved Community Appearance Award" from the Kill Devil Hills Planning Board.

Having come so far so quickly, it seems clear that the transformation story of The Outer Banks Inn possesses all the building blocks for the "happily ever after" ending it deserves.