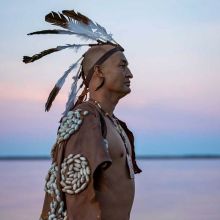 It’s hard to believe that something that began on Roanoke Island 85 years ago would still be a vital part of the Outer Banks experience today, but that’s exactly the trajectory of The Lost Colony, the Outer Banks’ much-loved musical under the stars.

Since 1937 the outdoor drama has been telling the historical story of the 117 men, women and children who attempted to establish the first permanent English settlement in the New World, right here on Roanoke Island. With a cast of more than 60 actors and a rich tableau of singing, dancing, fight scenes and set changes, the play tells the backstory of how the voyage came to be, showing the pageantry of Queen Elizabeth II and her court and portraying the colonists’ encounters with the Native Americans of the New World. The show marks the birth of Virginia Dare, the first English person born in the New World, and sheds light on the colony’s challenges and their eventual departure from the island – their destination unknown.

The outdoor drama has become a beloved tradition on Roanoke Island and an integral part of Outer Banks vacations, creating bonds, collective memories and a shared sense of familiarity for everyone who has enjoyed it over the years. Yet, like all traditions, it has naturally evolved as time has lapsed.

The Lost Colony has always been true to Paul Green’s original script, but over the last eight and a half decades the telling of the story has progressed greatly. Every generation, every director most likely, has added subtle new elements to the narrative and brought in modern technologies to portray the story in a fresh way that suits the current times, to the point that the show you see today is a far cry from the original 1937 production. 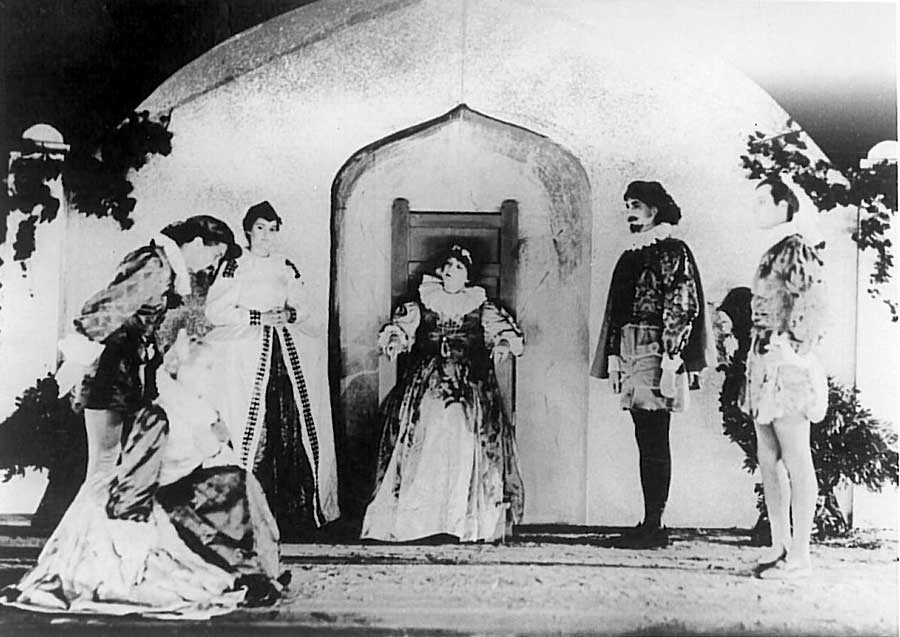 Everything from the set and lighting to the costumes and music to the dancing, fight scenes and special effects changes from year to year, and this is part of what makes it so fun to see the show over and over again. We all know what the story is and that it ends as an unsolved mystery, but how we will be entertained in the telling is always a delightful surprise.

The refreshing of the 85-year tradition that is The Lost Colony continues under artistic director and choreographer Jeff Whiting, who came to the show in 2021. A director, actor, dancer and choreographer with a long and distinguished list of Broadway, Disney, opera, television, concert and special event credits – and acclaimed by The New York Times as “a director with a joyous touch” – Whiting brings new levels of experience and expertise to the show, along with Broadway-style elements. 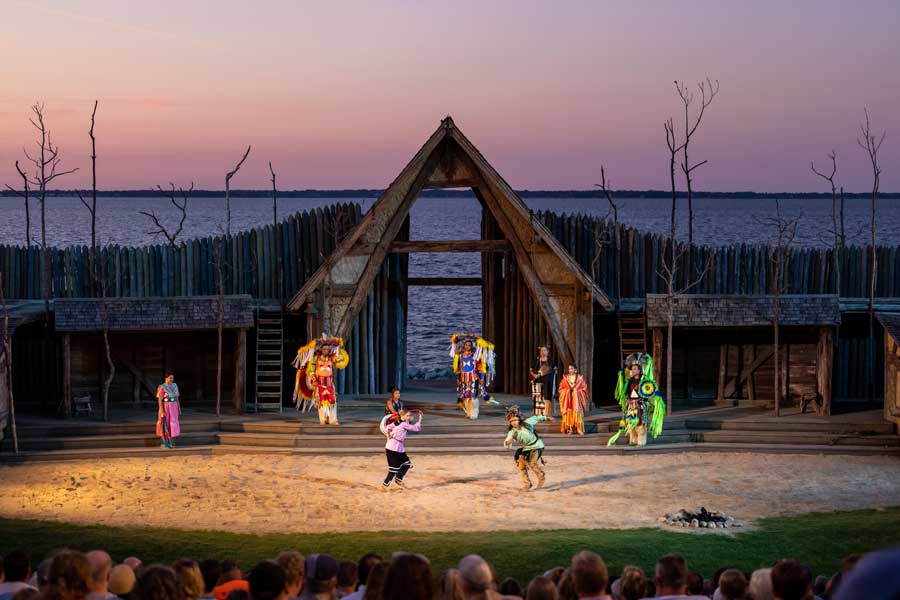 Whiting skillfully remains true to Green’s script while appealing to modern audiences with a more fluid telling of the story. He has restructured scenes to increase the pace of storytelling, brought in upgraded lighting and incorporated new scenic elements and special effects, including elements that have become almost traditional on Broadway but had yet to make it to Roanoke Island, such as puppets, Kabuki shadow play and, new this year, highly realistic projections. “The intention is to freshen up and revitalize, which has been done before – many times in 85 years,” says new Executive Director Chuck Sill. “We’ve brought in some pretty spectacular technical advances and projections and some incredible moving lighting techniques.”

One of the most vital changes to The Lost Colony has been the move to tell the story from a more universal perspective rather than a singularly European viewpoint. In 2021 Whiting and Roanoke Island Historical Association, which produces the show, sought the counsel of Harvey Godwin, chairman of North Carolina’s Lumbee Tribe, for help in being more respectful of the Native American perspective, culture and faith. 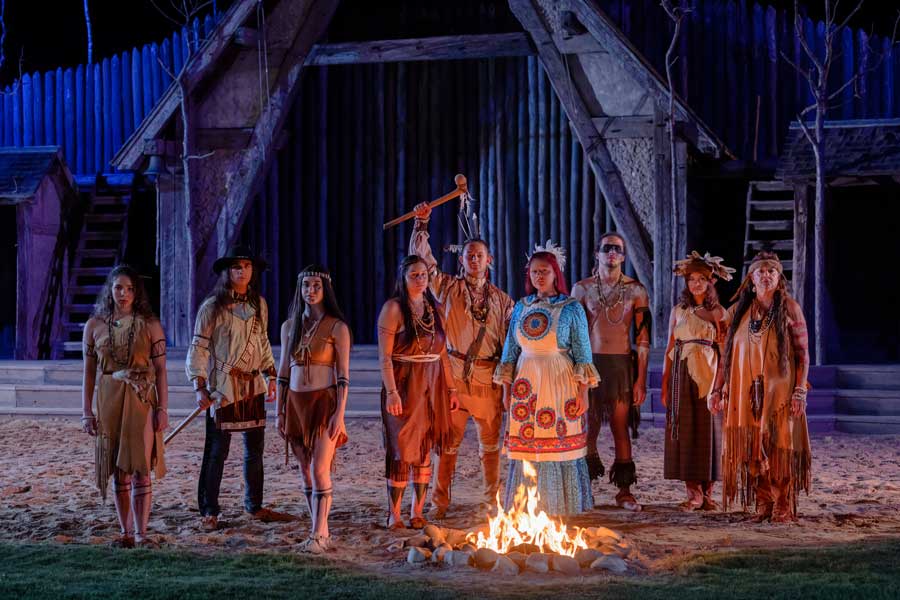 Whiting’s refreshed production offers sophisticated visual elements, quicker pacing and updated theater techniques, and the beautiful, exciting and thought-provoking result was seen by more people than ever in 2021. With the breathtaking lighting and projection additions of the 2022 season, the show is more thrilling than ever.

Another welcome announcement for the 2022 show is that the National Park Service has added all-new stadium seating with beverage holders. The Manteo Lions Club will be selling concessions, and The Lost Colony organization will be selling wine and beer.