Of Shifting Sands and Fish Tacos

The sands of the Outer Banks are always on the move. For evidence of that fact, one need only to walk to the southern side of Jockey’s Ridge to witness the barely visible spire of a castle that once crowned a putt-putt golf course. On the islands, the wind and surf both giveth and they taketh away, something the team at Sea Ranch Resort knows all too well. “At one point,” says Belinda Lucey, director of sales and catering, “staying here was like being on a cruise ship. The beach eroded away to the point that you could look out your window straight over the water.”

Says Torey Ossman, sales manager, “The Sea Ranch has weathered many storms, including Isabel, which was tough. But the new owners – six years now – continue to improve and upgrade the property while maintaining the character this place has always had.” And recently the beach nourishment project has built a nice buffer providing a wide stretch of beach behind the resort that offers guests plenty of space to lay out blankets. Of course, nothing is permanent, and this battle will never be over. 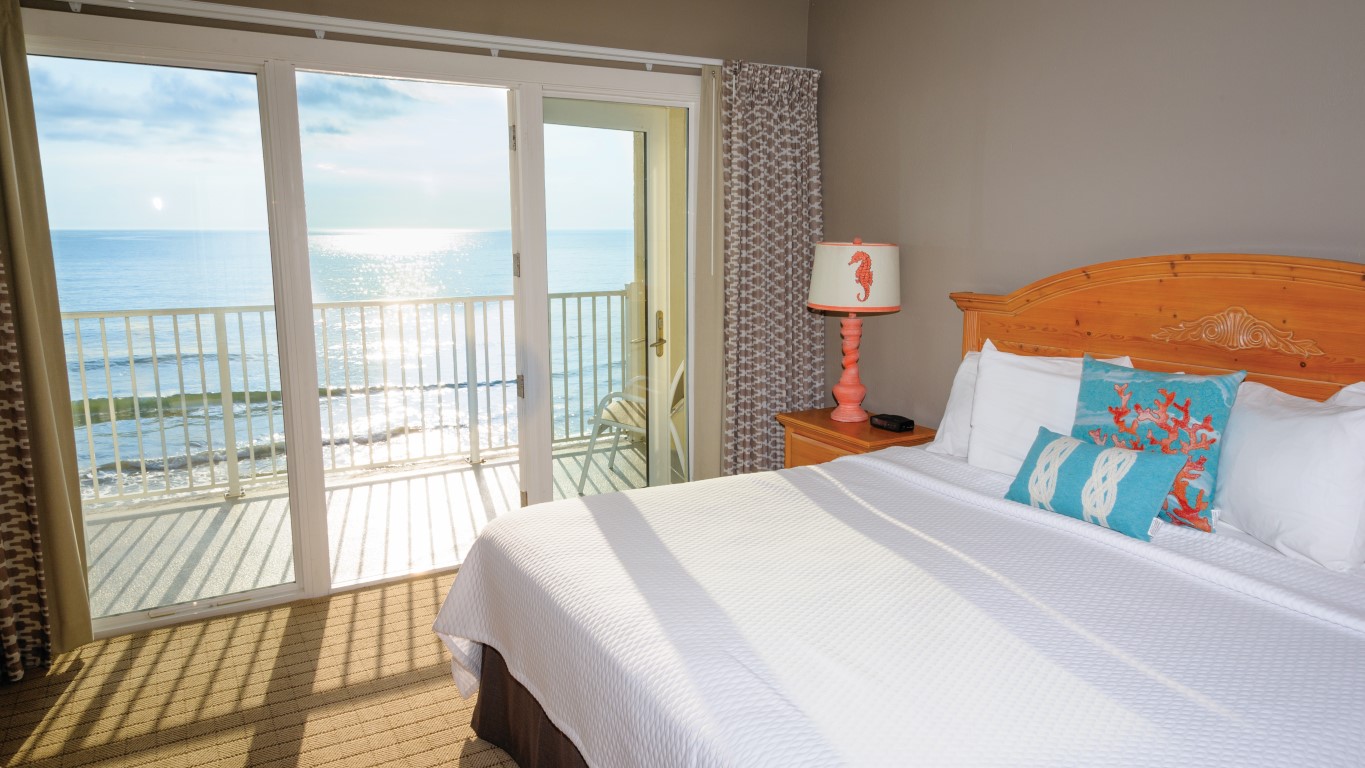 The Sea Ranch resort has stood strong since 1963, a stalwart home away from home at the heart of the Outer Banks, perched at the dividing line between land and sea where mysteries stretch out to the very horizon and beyond. There, on the back patio of the resort’s restaurant, Beachside Bistro, visitors can witness one thing that hasn’t changed over the years, the view. Sea Ranch Resort guests can enjoy the very same sunrise that once warmed the hearts of the earliest vacationers on the Outer Banks – though we’ve come quite a ways on the Outer Banks since they first built vacation homes in the 1820s.

Alongside the fishing of Hatteras and horses of Corolla, we now have malls and a water park for the shoppers and thrill-seekers. We have lighthouses and landmarks for the history buffs. We have movies and plenty of putt-putt golf courses. But we also have the waves, the sun and the sand. And Sea Ranch Resort occupies a special place at the center of it all, in Kill Devil Hills (MP 7) just minutes from the Wright Brothers National Memorial, perched at the intersection between progress and nature, between modernity and history. 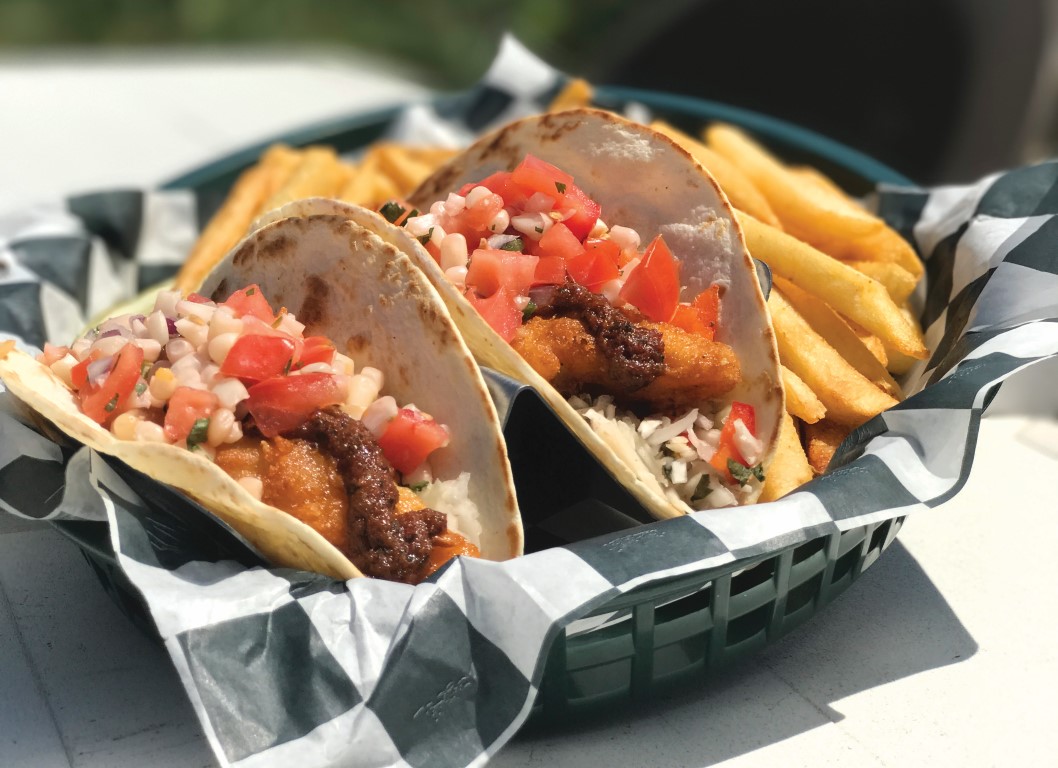 Over the years, Sea Ranch’s owners have added to its collection of comforts. The resort’s amenities include an enclosed heated swimming pool, outdoor grilling and a picnic area. The rooms have HBO, WiFi, a microwave and a refrigerator. Two-bedroom oceanfront suites feature fully equipped kitchens and washers/dryers.

Sea Ranch also offers full wedding packages, and there’s nothing they won’t do to make sure your every wish is granted. “The parents of one groom brought a Bigfoot costume,” says Belinda. “Their son was a huge fan of Bigfoot, and they wanted us to have someone walk up the beach in the costume during the ceremony. So that’s just what we did. It was a big hit.”

And since opening in 2012, Beachside Bistro has become a destination for vacationers and locals alike, thanks in no small measure to the talents of Executive Chef Greg Sniegowski. The restaurant is owned by the resort, and its operators are employed by the hotel, which means they care as much about your stay as do the housekeepers, receptionists and owners. According to Belinda, the steamed shrimp are the best on the beach. Torey, on the other hand, goes for breakfast before work. And both said the happy hour and the music are first-class.

But I ordered the fish tacos. 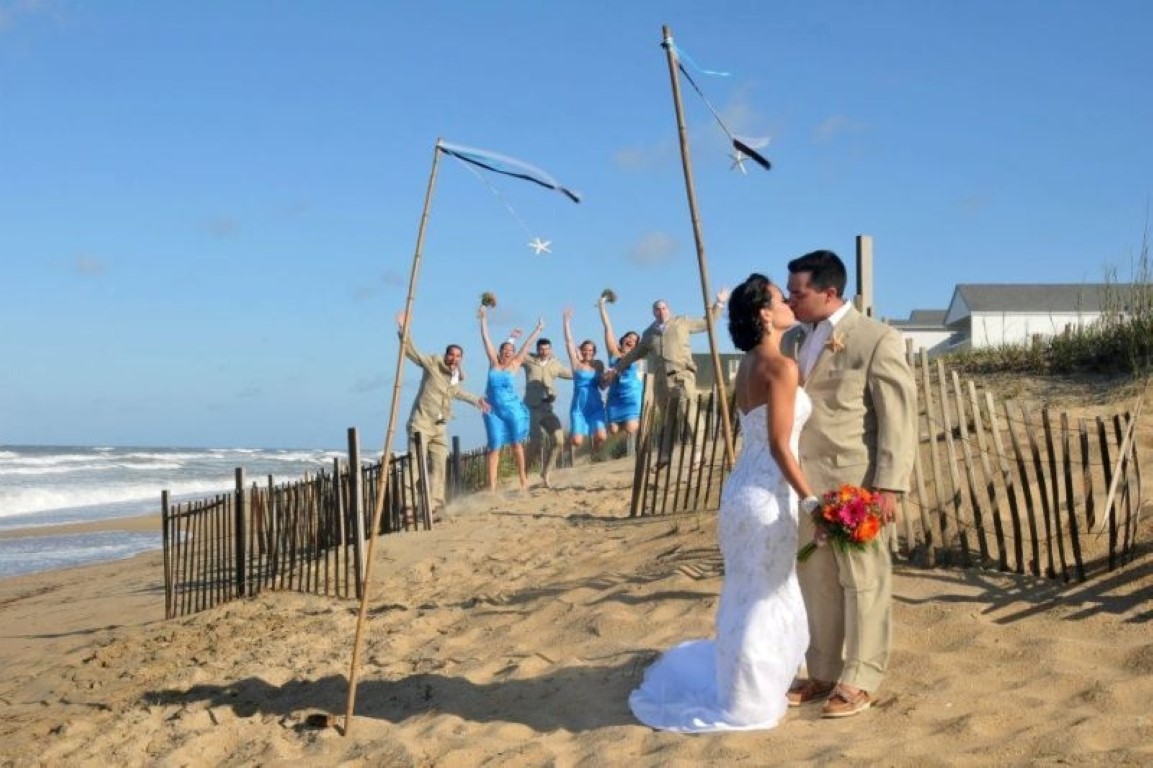 While enjoying my tacos, I couldn’t help but notice the boisterous bartender (named Donnie Carr, as he was happy to tell me). A transplant from Richmond, his thick Southern drawl filled the space as he laughed and joked with customers. There was a bit of rain – not to be blamed on the resort, such is nature – and he was quick to run out to the porch with a tiny cocktail umbrella for a customer’s drink, “so it won’t get watered down.” And when I asked him the best thing on the menu – before he knew what I had ordered – he said, “the fish tacos.” I felt good about my order, and the eating of said tacos would prove him to be a sound adviser.

I asked about the umbrella, and Donnie laughed. “I don’t know about you, but that’s the kind of attention to detail I like to see in a place.” Before they left, the umbrella man and his family came inside to say goodbye to Donnie. The last thing the man said to him was, “Tell the chef the fish tacos were fantastic.” I laughed and told the umbrella man that it was a consensus all around on that point. 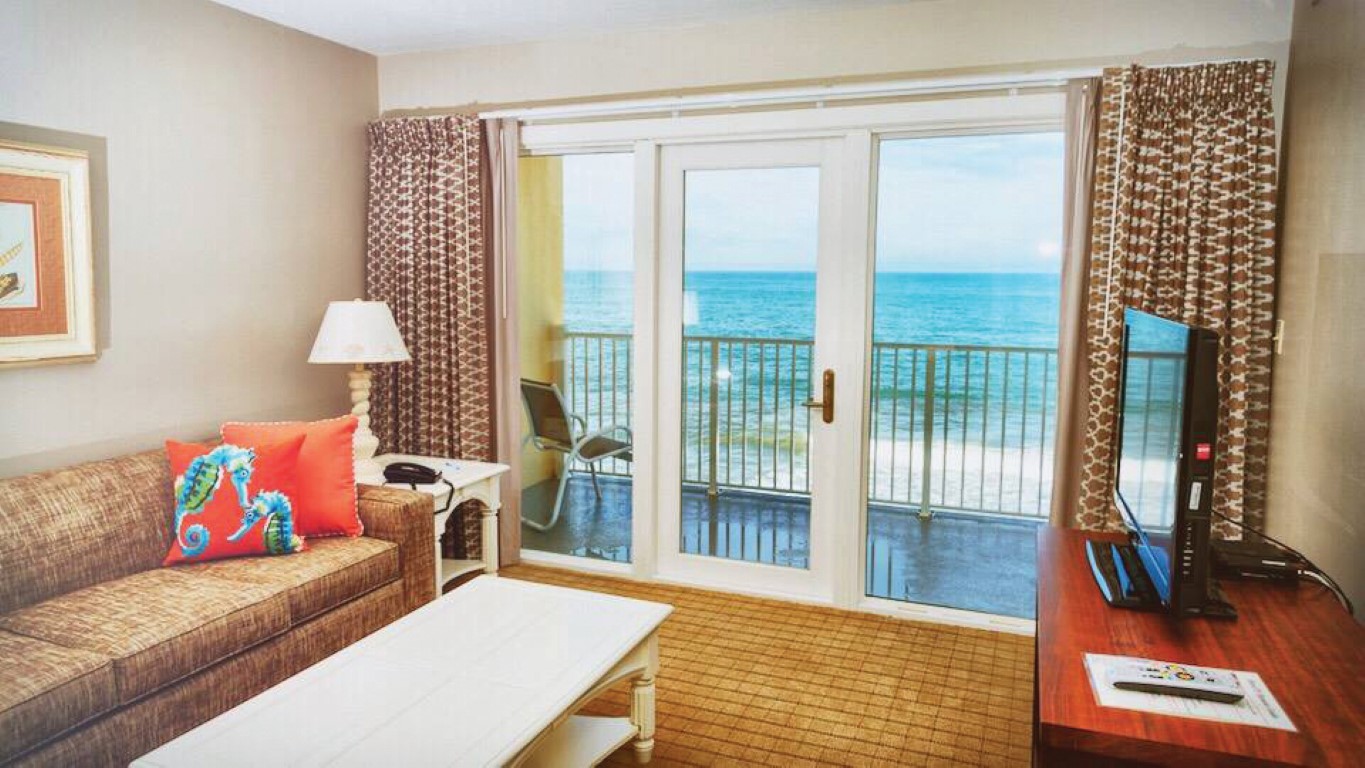 Nothing on the Outer Banks will ever stay the same. It’s just not possible to keep the status quo on a barrier island where the winds and tides are always on the move. So, there’s only one thing to do, really. Don’t wait. Enjoy it now. Go to that place at the crossroads of then and now on the edge of the ocean. And when you sit down at Sea Ranch Resort’s Beachside Bistro, I recommend that you try the fish tacos.

$1 off any large pizza with this coupon. 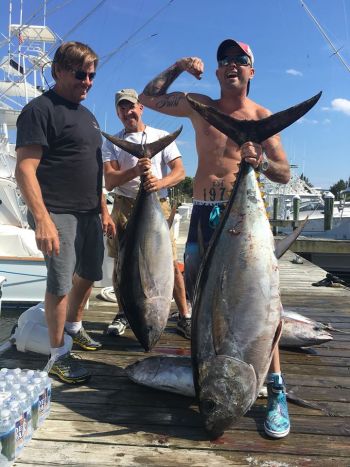