The Sky’s the Limit

The Southern charm and casual ambiance of Red Sky Cafe might make you feel like you’re dining at home, but chef-inspired coastal cuisine tells another story. The action in the kitchen is visible right from the tables, set under string lights in a rustic dining room. Diners can watch as the freshest regional ingredients from produce to seafood are transformed in a Southern nouveau cooking style that mixes the old with the new. And the result is . . . well, you’ll have to try it.

Have a few words with owner and chef Wes Stepp, and you will immediately hear in his voice how much he loves what he does. Stepp is well-known in the Outer Banks community and nationally for his prowess in the kitchen. (Rumor has it he has even cooked for celebrities like Phil Collins, Lynda Carter and Ed O’Neill.) 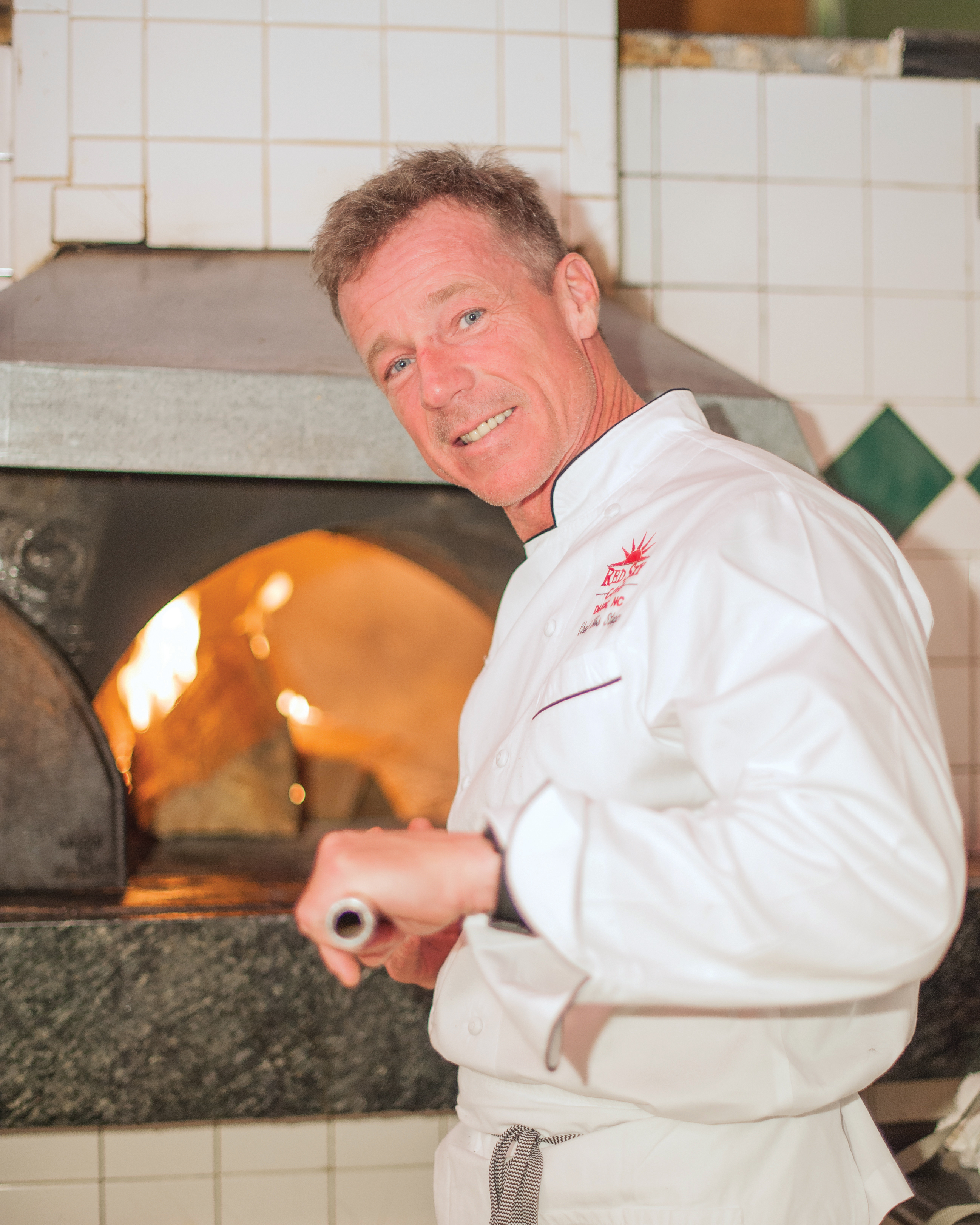 Ask him for a menu recommendation, and he will likely suggest the restaurant’s signature shrimp and grits; however, you may have difficulty choosing between that and the dishes that feature duck, beef and any local variety of fresh seafood. Chances are good it will be Stepp that cooks your meal too!

The upscale casual establishment is actually several businesses rolled into one. Red Sky Cafe caters weddings and events from Ocracoke to Carova in addition to offering Chefs on Call, which is exactly what it sounds like. Stepp will help you create a menu then come to your house with his team and cook right in your kitchen. He said with a laugh, “We’re like chef ninjas. We cook, clean up, and we’re out of there.”

Yet another element of the multifaceted business is the nutritional program Tastefully Fit. Stepp will tell you of its beginnings, “One thing about me is, against better advice, I’ve followed my passions.” And at the top of his list are a genuine love for food and a passion for fitness. Merge the two, and you’ve got Tastefully Fit, a program that encourages eating healthy while still exercising creativity in the kitchen.

The Tastefully Fit cookbook gives instruction on planning five to six small meals a day, shopping for ingredients, food preparation and actual recipes – all with the goal of making it fun to eat healthy. Stepp lives and breathes this program, featuring a dish from Tastefully Fit in the restaurant every day. He has also brought Tastefully Fit to businesses all over North Carolina and Virginia as part of their wellness programs. On his days off he can be found speaking at seminars, teaching people how to incorporate the lifestyle plan into their everyday. Stepp sums it up simply saying, “I love food, so it’s not work for me.”

In many ways, Stepp has been central to the culinary development of the Outer Banks. People remember him as the head chef at Kelly’s Restaurant and Tavern, but his gourmet journey really took off when he opened Red Sky Cafe in Duck. Originally called The Village Wine Shop, Stepp changed the name to Red Sky Cafe, putting his own twist on a well-known adage: “Red Sky at night, gourmet’s delight.”

Returning diners and new faces will delight in the interior remodeling that took place at Red Sky Cafe over the winter. A distressed, wooden barn wall was added to highlight the Southern charm of the place, and wood floors, new paint and new kitchen equipment were installed to give the restaurant a little TLC.

Despite Stepp being the heart of the business, he attributes Red Sky’s success to the team. Many of his employees have been with the restaurant since its opening and don’t plan on going anywhere anytime soon. Stepp said, “Everyone works together, and as versatile as this business is with caterings and in-house Chefs on Call and Tastefully Fit, it takes a team.” Don’t be surprised to see the kitchen staff and front-liners handling all of these outlets in the same day either.

“It’s organized chaos,” Stepp said. “It’s a beautiful thing. I’ve always thrived off the sense of urgency that comes with restaurant work. There’s something about making yourself do something real quick that zeros me in.” 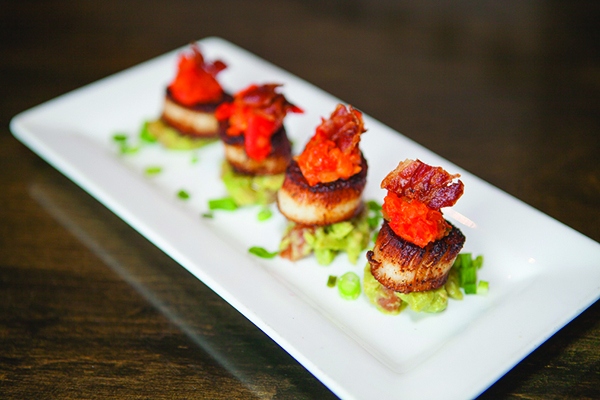 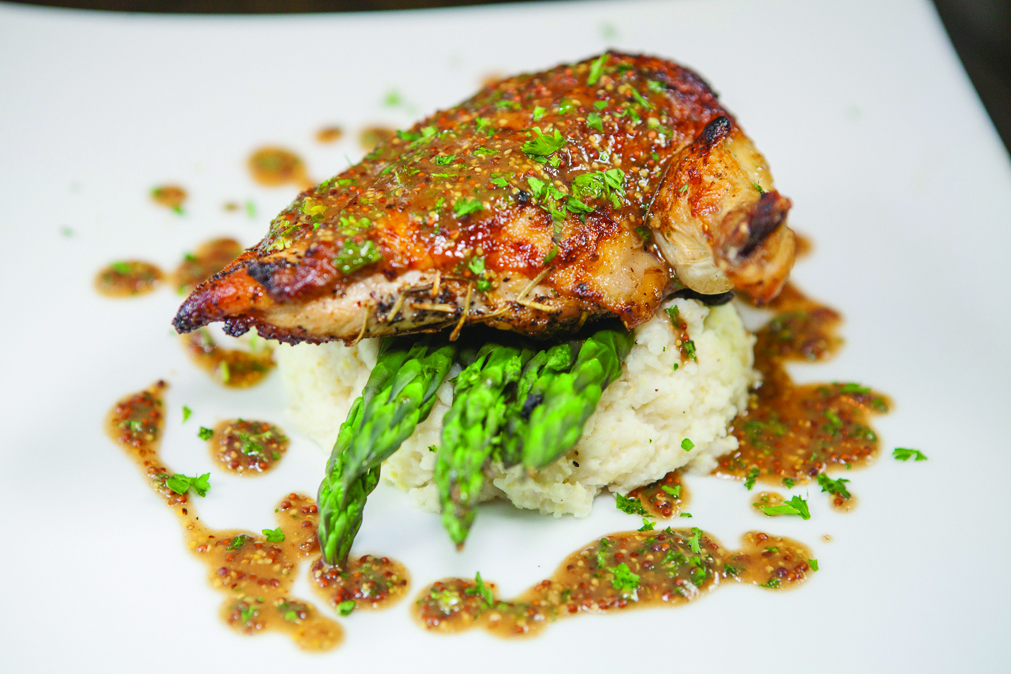 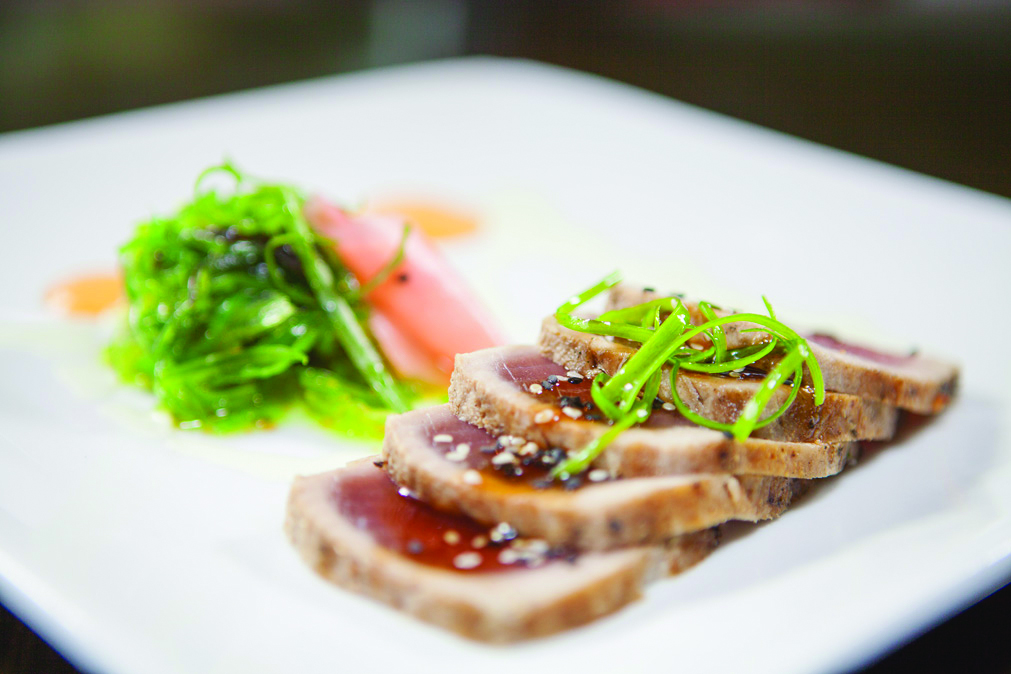