Splash into H2OBX This Summer

In a sleepy little beach area where a new stop sign is newsworthy, a brand-new, cutting-edge waterpark is practically unheard of. Yet that’s just what we’re getting this summer as H2OBX sets up shop in southern Currituck, just on the other side of the Wright Memorial Bridge. And what it promises to be is much more than just an average waterpark. It’s a seamless integration with the history, culture and natural beauty that have drawn people to the Outer Banks for generations.

“We really wanted to incorporate the history, the story and the adventure of the Outer Banks into the park,” says Andrew Baird, Marketing Director for H2OBX.

That vision permeates almost every aspect of the water park, starting with the architecture and design of the buildings and décor. Those who know the Outer Banks will notice many familiar sights as they wander the park, such as the Currituck Lighthouse, the Wright flier and plenty of pirate history woven into everything from the cabanas to the pump house. An opportunity to celebrate the culture and aesthetics of the Outer Banks is hardly ever missed. 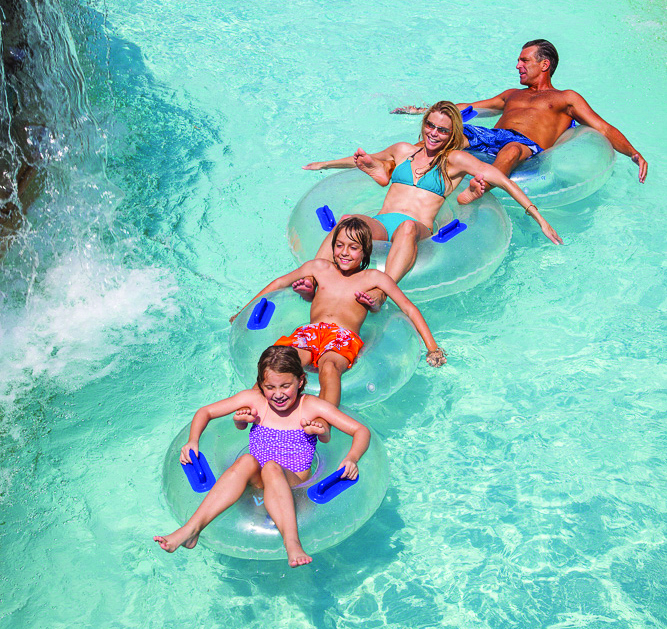 You’ll find that holds true in the food and beverage offerings as well. You can dine on Carolina-style barbeque at Heavenly Hawg BBQ, try the signature fish tacos at Outer Banks Eats or grab a drink at the Wright Brothers-themed Flyboys bar, which offers wine and 12 beers on tap including local brews. And be sure to save room for a funnel cake from Dune Devil’s Desserts or some homemade fudge from Coastal Confectionaries.

But it’s in capturing “the adventure of the Outer Banks,” as Andrew explains it, that the park really shines. Every one of the state-of-the-art waterslides and attractions was inspired by something from the island or its history, in much more than name alone.

Take the Midnight Marauder, a seven-story, 500-foot enclosed slide with three sudden and thrilling drops. Midnight Marauder invites you to imagine piloting a schooner through the pitch-black stormy seas.

“With only the moon to light our way, I steered the old schooner toward open water. We picked up speed as the night wind filled our sails. Faster and faster, our vessel cut through the relentless waves. Between the darkness, the sea spray and the rushing wind, I felt as though I was hurtling through space!” reads the ride’s description, because it’s more than a water slide. It tells a story.

Other thrilling adventures include a 90-foot free fall at 38 miles per hour on The Plank. Wild Horse Run promises some of the tightest corners and highest banking turns of any water slide in existence, with an almost 1,500-foot run. You can gather up your crew and take a sail on the Queen Anne’s Revenge, a mostly enclosed family raft ride full of exciting twists and turns. Or dive into the Cat-5 Bay Wave Pool, which has the biggest manmade waves on the East Coast.

The innovative Flowrider creates a remarkably good simulation of surfing by pumping water uphill on a small incline. Beginners can boogie board on the wave, and surfing pros are invited to stand up and show off their best moves. The tensioned composite membrane surface makes wipe outs surprisingly painless. There’s even a spectator-friendly viewing platform. 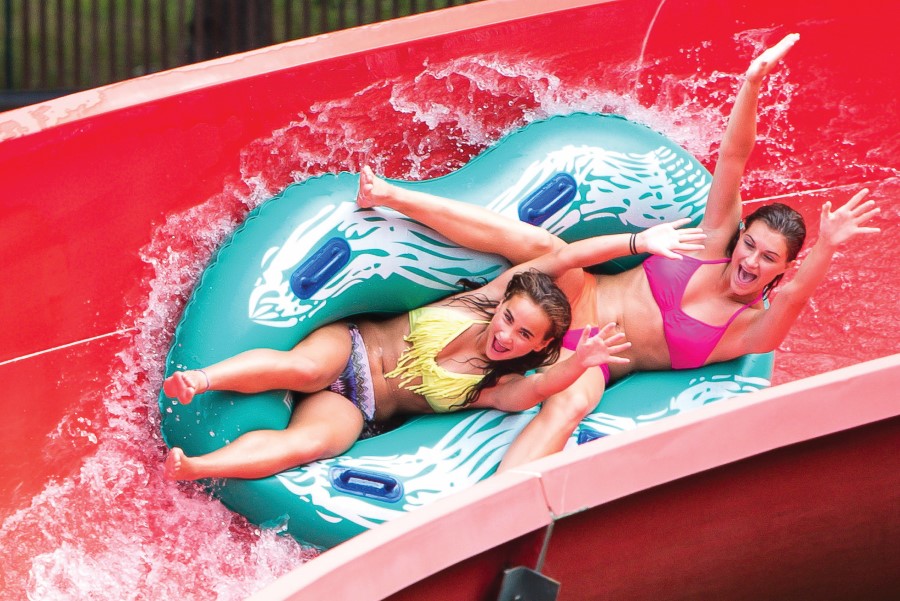 Adventures can also be had at Deep Six Adventure Lagoon, where you can maneuver through a giant inflatable obstacle course, scale a climbing wall and navigate more obstacles with the surrounding water ready to catch you if you fall. After playing hard, relax with a float along the Teach’s Tide Adventure River. Or enjoy more mild waves at their second wave pool, Twin Tides Family Wave Beach, which though some kind of brilliant engineering (or possibly magic!), has beach-like waves lapping at the two entrances on opposite sides of the pool.

H2OBX pays particular attention to making sure their youngest visitors enjoy themselves. 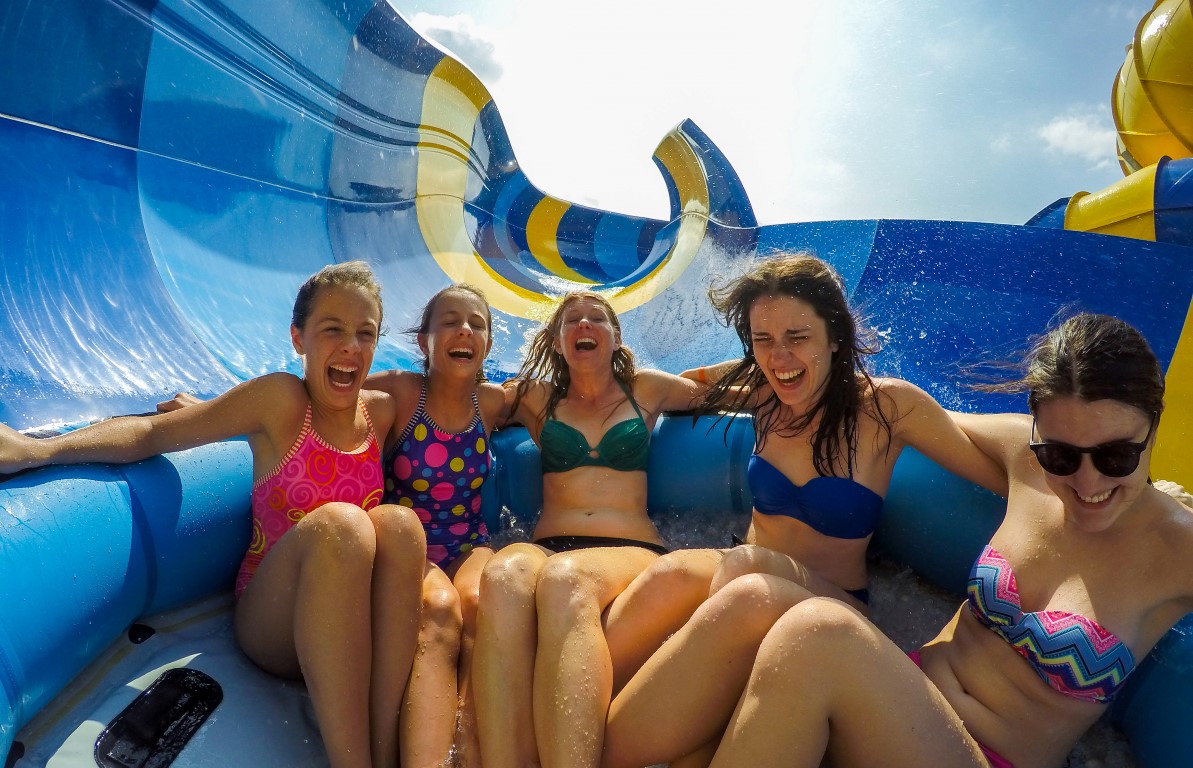 “There are plenty of options to keep young adventurers busy,” says Baird.

Kids will simply love playing in Calico Jack’s Cove, which has a giant pirate ship play structure, seven waterslides and tons of water cannons, geysers, buckets and tipping cones to splash in. And even the smallest of park-goers will delight in Sand Pail Beach, with four looping body slides scaled down to just the right size.

Locals should know that there’s a substantial discount available to them at the gate. The last thing the creators of H2OBX wanted was to create a park based on the Outer Banks that no one who lives here ever goes to.

“We want locals to be able to experience the park,” says Baird. 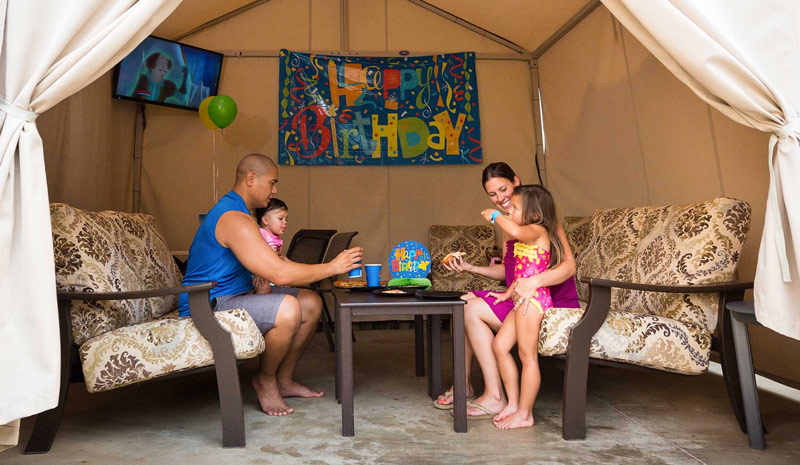 There’s also discounted tickets available though their many, many partnering rental management companies, so if you’re down here renting a home, be sure to check H2OBX’s website and see if your rental company is on the list.

But the very best thing at H2OBX is that even if you bring your family out on Fourth of July weekend, you can still be guaranteed that the park won’t be too crowded. That’s because they are purposefully limiting ticket sales, capping the max number of guests well below what the fire department will allow. It sounds almost crazy to think of a brand new business potentially turning people away, but Baird believes giving people a better experience, and less time spent standing in lines, is far more important than selling a few more tickets. 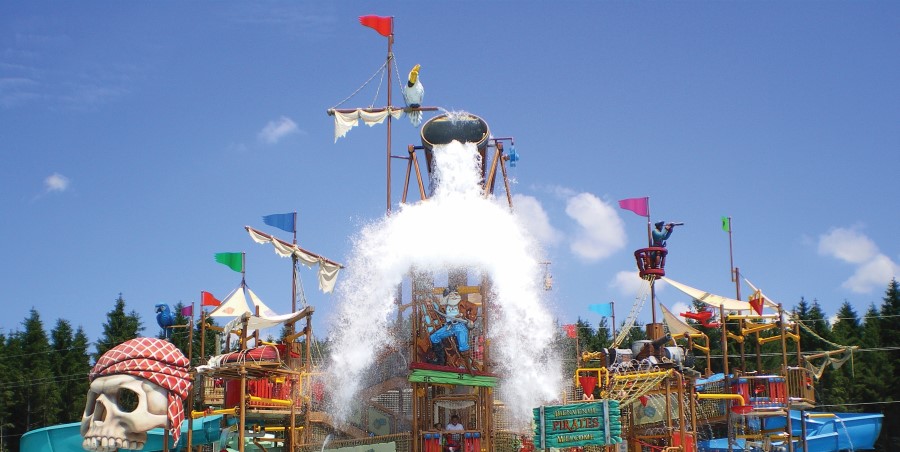 “We’re striving for a water park experience like no other,” says Baird. “We want people to leave the park saying, ‘That was incredible!’”

So, if you’re looking to do something new on your Outer Banks vacation, if you’re hunting for a way to spend those pesky red-flag ocean days or if you’re a year-round resident with a house full of bored kids on summer break, come and see the new water park that’s celebrating everything we love about the Outer Banks.

It’s sure to be incredible.

All night long with purchase of an adult buffet.  Mondays and Fridays ONLY.