Thinking WAY Outside the Box at Bad Bean Baja Grill

One thing is for certain about Rob Robinson and Matt Payne, the “brains and the brawn” of the locals’ favorite Bad Bean Baja Grill: They refuse to be pinned down. Since they opened in 2010, Bad Bean has never really stopped shifting and changing in new and dynamic ways, thanks to a creative team that’s never afraid to try something different and always looking for ways to improve.

That dynamic quality and general refusal to think inside the box starts with their type of cuisine. Baja California may be part of Mexico, but the food there draws inspiration from Mediterranean and Asian flavors as well. Bad Bean takes Baja food and adds healthy doses of eastern North Carolina flavors, creating an original and wonderful fusion where any given dish might be inspired by at least four countries, maybe five, if you throw in the classical French cooking techniques Rob and Matt learned throughout their culinary career. The food they’re making isn’t “traditional” or “authentic” anything. It’s something wholly and completely their own, and we, the diners, are so much the better for it. 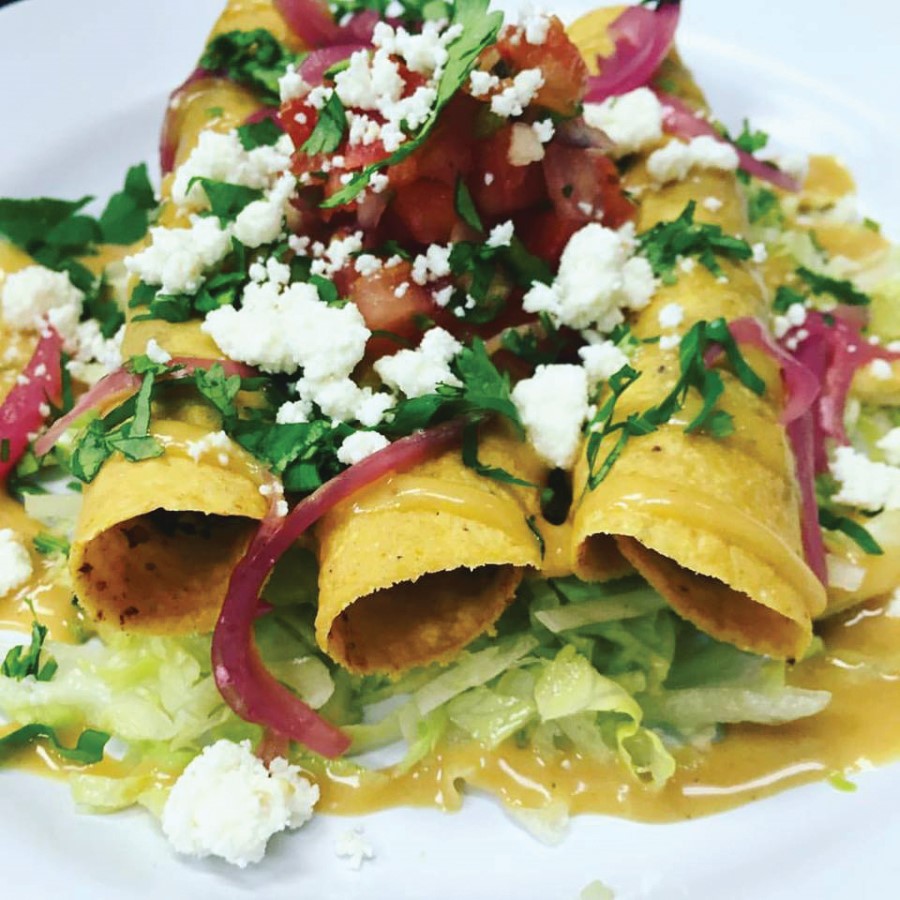 Take, for example, a traditional Mexican sope made with regional sweet potatoes then topped with smoked local rockfish, avocado and bacon jam.
“That was one of those dishes that was like, ‘This is us in a nutshell.’ It was three ingredients from North Carolina but in a complete Latin dish,” says Matt.
Their menu is packed with crazy delicious little fusions like that, especially when it comes to their nightly specials. The regular menu offers an array of tacos, burritos, salads and quesadillas — popular items that happy locals and visitors return for again and again. But the nightly specials are where they take the opportunity to play fast and loose with the Baja theme or try out something completely new. On any given night you might find ceviche made from locally caught tuna on the special menu or something completely off the wall like a house-smoked brisket sandwich on a fresh-baked roll with grilled onions, honey mustard and a fried egg. 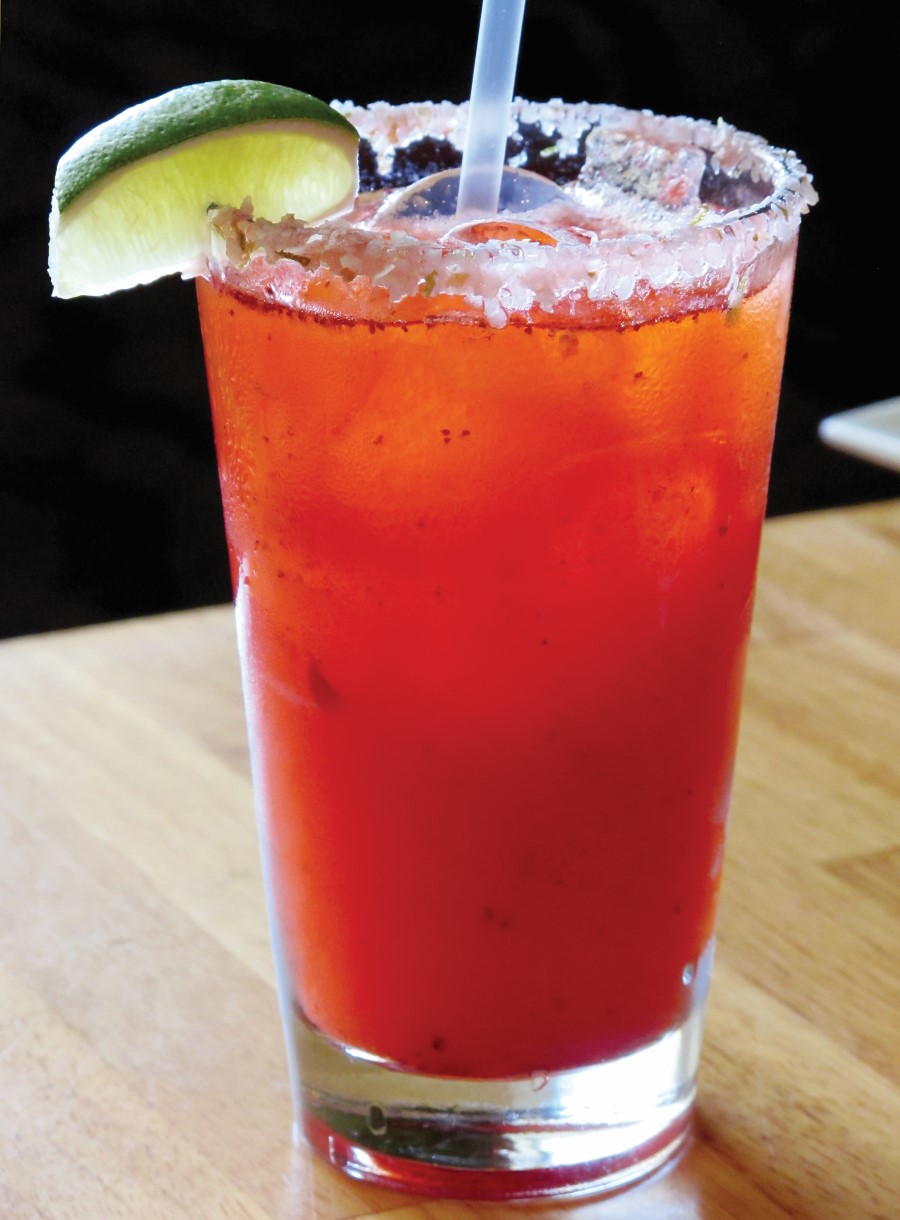 Of course, the real secret to why their food is so good isn’t the fusion quality. That alone doesn’t make great food. What makes the food at Bad Bean Baja Grill great is that everything is fresh, and very nearly everything is made from scratch.
“You build the layers of flavor all from scratch-made things. Everything that goes into a dish has integrity,” says Rob.
That means that if a dish has chipotle peppers, they made those chipotles cooked in an adobo that they also made from scratch.  Sandwiches that are run as specials are served on fresh-baked buns. They made all the salsas, sauces and other condiments themselves. They make their own queso fresco. If you see a prickly pear margarita on the drink specials, that’s because Matt went out and picked prickly pears off of the cactuses then painstakingly peeled and juiced them.
“Everything on the dish is made from scratch. It’s not just one thing,” says Rob.
And when they’re building these dishes from the ground up, they’re sure to use only fresh ingredients of the highest quality.
“The one thing I always find amazing is, for how busy we are, how empty the walk-in refrigerator looks, because we’re just constantly bringing food in, and as soon as it comes in, it’s gone,” says Matt.
“We have a two-door freezer. We basically don’t freeze anything,” says Rob.
Plenty of that meat and produce flying off the shelves is local, like the Heritage Farms pork belly that works its way into many dishes including their marvelous pork belly tacos. The way Matt and Rob do food might be more time consuming and use more costly ingredients, but to them, it is absolutely worth it. 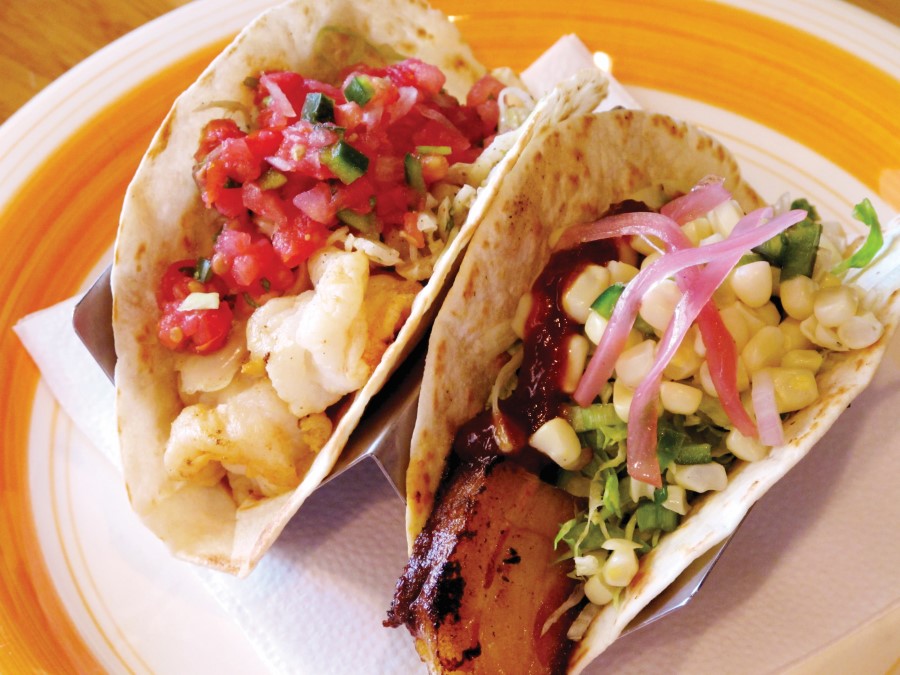 “Really, it’s just standards for us,” says Matt.
Yet, for all that, most of the items on their menu come at a surprisingly reasonable price point. They keep what’s on their menu affordable on purpose. Rob has a wealth of experience working in fine dining restaurants, the kind of places where you might see the same customer twice in a year at the most. When he opened Bad Bean, he wanted something different — a chance to really be a staple in the community and the kind of place where locals might come by every week and visitors would always feel welcome.
“I want to see people on a consistent basis, and I want them to come and relax in a t-shirt with a pair of baggies and flip flops ... just chilling and hanging out,” says Rob. 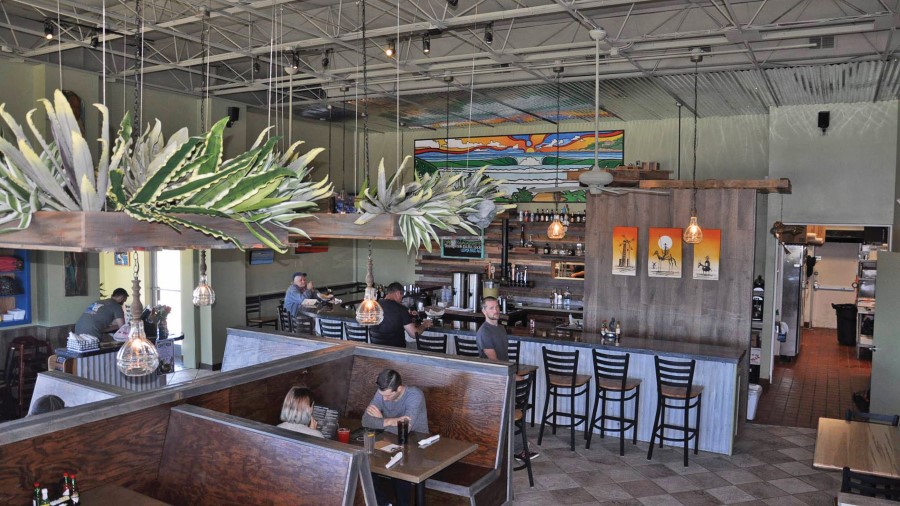 The restaurant itself, with its colorful artwork by local artists adorning the walls, really captures that laid-back feeling and somehow manages to embody both the spirit of the Outer Banks and Baja California. If you get a chance, ask Matt or Rob because almost everything you see has a story.
Unfortunately, they may be too busy to share it with you because they’re probably back in the kitchen pureeing fresh cantaloupes for a cocktail or coming up with a Mexican twist on French duck confit. One thing is for certain: Whatever it is, it won’t be remotely typical and it will be mind-blowingly tasty. 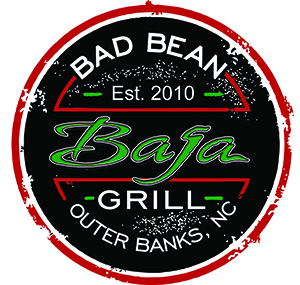