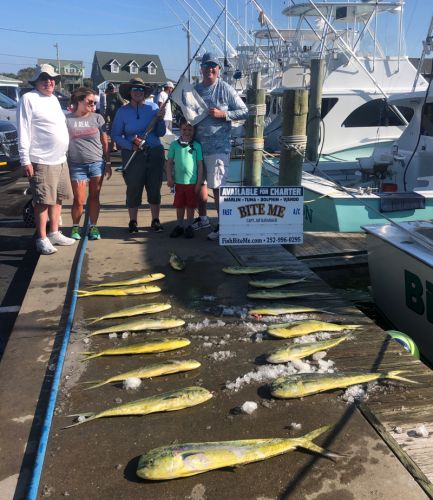 old friends the Bobs on board to day with a couple more Gemmells.

We fished way offshore and way to the south, about as far as we go out of hatteras.

later we had an awesome teaser bite out of blue marlin and Garrett hooked him on the new 50 pitch rod and the fight was on.

Beth did a great job while the blue marlin was jumping all over the ocean!

got him on the leader and put the tape on him, 93″ about a 275 pounder and we released him.

Always great to have the Gemmell family on the bite me