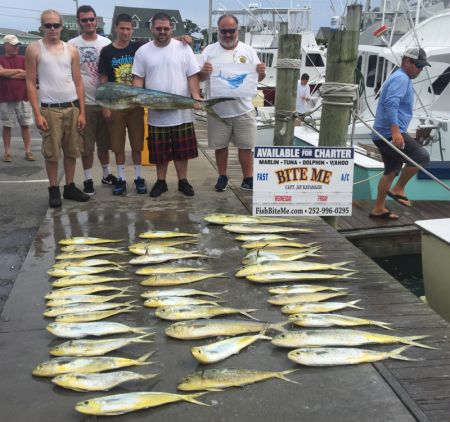 Adam and the boys back on board the bite me.

Really pretty day on the ocean, had a brief squall to deal with in the afternoon, but overall really pretty.

We had some sail fish action early bringing one out of four to the leader for a release for Big Adam.

About lunch time we realized the Booney was not on board so no Shrimp Salad :cry:

We ran offshore and saw a blue marlin chasing dolphin and minnows and we made a pass and had him briefly on a short rigger bait.

After that we found a massive school of dolphin and caught a mess of em of various sizes.

Thanks guys see you in Pirates Cove for more marlin action!