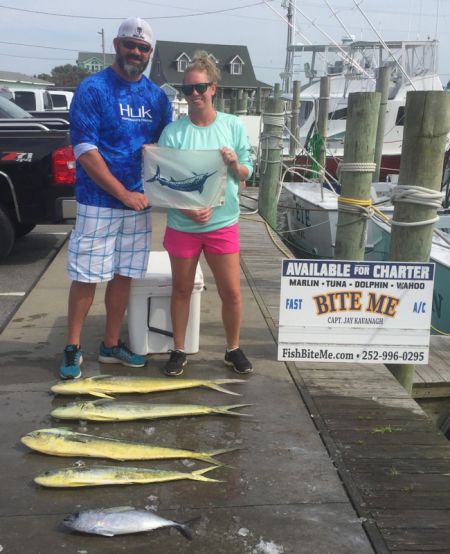 Good way to kick of June!

Bri and James on board today for a honeymoon fishing excursion!

started out a bit choppy but got right pretty as the day progressed.

We caught a hand full of nice gaffers and a blackfin.

We caught a bunch of bonita that will be hopefully traded on on dolphin on future trips.

A nice blue marlin hooked itself on our long rigger and the fight was on.

Bri brought the fish almost to leader before turning the rod over to james to bring in finally to the leader.

Had him on the leader and got the hook out!

bought a 300 pounder that put on quite a show both far away and close to the boat!

Thanks folks and congratulations!