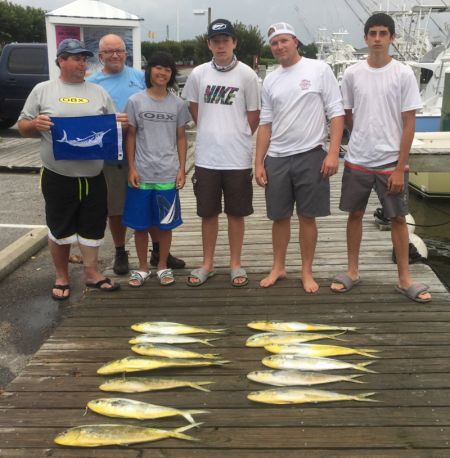 Ray and the gang on board today from Florida!

Whitey was pretty sneaky today, had two bites and Gary landed one!

We also had a beautiful blue marlin teaser bite.

Hooked him about a 300 pounder on a dink pole but the line parted.

bailed a small mess of dolphins for dinners!