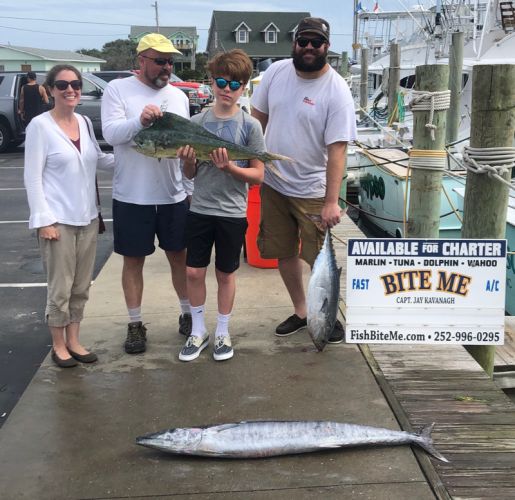 We often joke about it among the charter fleet, but they might actually

New Friends Sarah, Tom, Carter and Sam on board today from Virginia.

Things started out slick calm pretty and Carter caught a dolphin and we had something big pull on the teaser.

later, the squalls descended upon us and we decided to put out the fast trolls to try to get away from them.

Well right in the middle of the worst of it, we hooked a wahoo at 14 knots!

We had another high speed bite a False Albacore. I didn’t think they swam that fast!

Set out after the mess passed with no luck.

Thanks guys, great to have you on board! 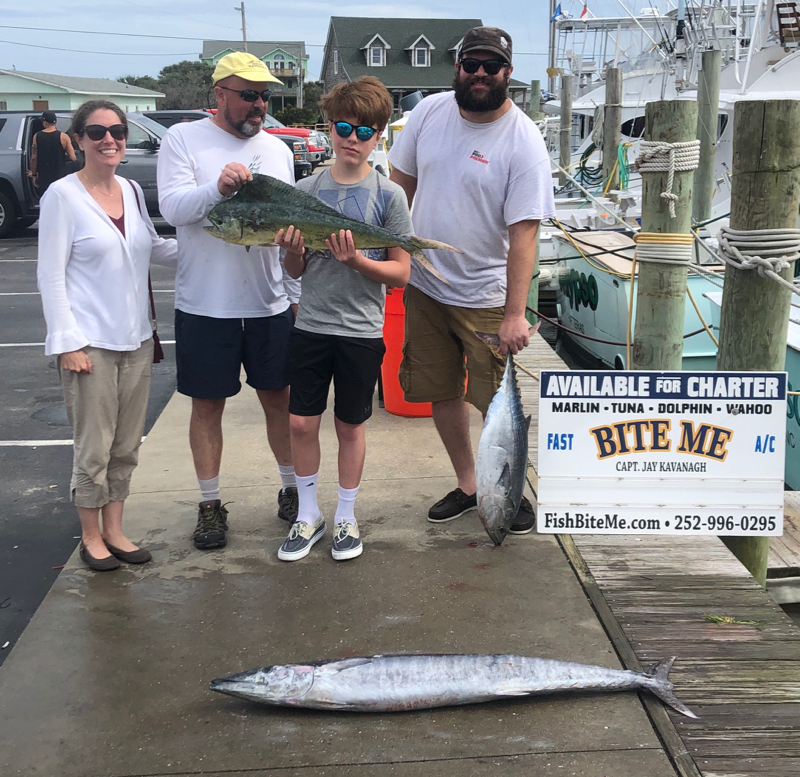