Beauty, Being Green and a Winning Hand in Hatteras 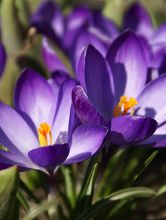 It should be clear by now that Mother Nature has a rather inscrutable sense of humor. Again and again we've been teased with open windows-worthy warm weather, budding trees and bushes, even flowers, only to be cast back into the frigid depths of winter. At present, I'm working three active wardrobes that I've mentally labeled "AC" (Ah, comfy!), "CBC" (Chill, baby, chill!) and "GWTF?!" (Gah! What the frost?!). Despite the presence of daffodils and redbuds, it seems you can't believe all that you see.

In a similar vein, if you're out on the town this weekend and think you see a pretty woman, you may want to risk a double take because all may not be as it first appears. On Saturday, March 29 Charity Queens: A Womanless Beauty Pageant allows men a chance to get all dolled up and strut their stuff (such as it is) for a good cause - several good causes, in fact! 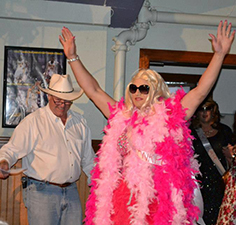 In preparation for Saturday's OBX Success Job and Career Fair, the Outer Banks Chamber of Commerce is offering a program of pre-job fair workshops on Friday, March 28 from 4 to 7 p.m. at Jennette's Pier in Nags Head, also the location of Saturday's job fair. Registration will be held from 4 to 4:30 p.m. with the rest of the evening devoted to speakers and workshops. Topics will include: what employers expect, job search and networking, resume writing, interviewing with confidence (from research to wardrobe to handling tough questions), communicating effectively by honing verbal and non-verbal skills, social media tools for job hunting, making use of online resources, face-to-face networking techniques and tips on updating and modernizing a cover letter and resume. Admission to the pre-job fair workshops is $10/person. Pre-registration is required.

While Kermit the Frog might've sung "It's Not Easy Being Green" the North Carolina Aquarium on Roanoke Island is teaching kids ages 6 to 12 how to make it easier to be "green" as part of its Talkin' Trash Day Camp! On Friday, March 28 from 9 a.m. to 4 p.m. participants will begin by tidying up the earth, making useful crafts out of recycled items and learning how each small action can make a big difference for the planet. Learn to make your own paper, assist with a beach clean-up, look behind the scenes to see how the Aquarium recycles water, build a trash-talking turtle and roll up your sleeves to commune with the worms at the compost bin. Admission is $35/child; $31.50/NC Aquarium members. Closed-toe shoes and a (reusable) bag lunch are required.

The Aquarium's Quarantine Tour would seem a tough sell, but it has far more to offer than the name would suggest. The exclusive behind-the-scenes tour reveals the facility's animal hospital and holding area (the first stop for animals newly arrived at the Aquarium). The holding area, or quarantine area, is for the health and safety of current Aquarium residents and the new arrivals as they acclimate to their new home. The tour is set for Thursday, March 27 from 3 to 4 p.m. and is suitable for ages 12 and older. Pre-registration is necessary. Closed-toe shoes are required on the tour. Admission is $11/person; $9.90 for NC Aquarium members.

Island Farm on Roanoke Island reopens for the 2014 season next Wednesday, April 2 from 10 a.m. to 4 p.m.! It's a sure sign of Spring, although, given the weather rollercoaster we've been on, the Farm's sheep may be glad they still have their woolly coats. If you're there between 1:30 and 3:30 p.m., hop on the farm wagon and let Charlie the Farm Ox lead the way on a tour of the restored circa 1847 farmstead. Adult admission is $6; children ages 5 and younger are admitted free.

This year's North Carolina Science Festival event is the Egg Drop Competition. Visit the Children at Play Museum in Kitty Hawk on Thursday, April 3 between 4 and 5 p.m. and use the Museum's supplies to build your egg drop containers. To make yours at home using your own supplies, make sure you review the official competition rules on the Museum website. No admission fee is required although there is a suggested $2 donation. On Thursday, April 10, return to the Museum with your egg in its protective container and put them both to the test in the Egg Drop Competition!

Poker has gone Big Time in Hatteras and Ocracoke! The rapidly growing Hatteras Island Poker League is now in its third year of operation and boasts more than 700 registered members, including a local member base of approximately 280 players. The free league has been featured on the nationally syndicated radio talk show "House of Cards" hosted by the poker pro and league member, Ashley Adams, and has also been featured in Poker Player Newspaper. The league's game of choice is Texas Hold 'Em, and players age 21 and older can find a table on Monday nights at 7 p.m. at Gaffer's Sports Pub in Ocracoke and on Wednesday nights at 9 p.m. at Sandbar and Grille in Buxton on Hatteras Island. Winners receive a Visa gift card valued from $50-$100, and a restaurant gift card is awarded for second place. For more information call (540) 760-4697 or visit the league's Facebook page.

If you need any prodding to get out and about, here's a smattering of the nighttime events and dining opportunities that might pique your fancy:

Every Wednesday night is Sushi Night at Tortugas' Lie in Nags Head beginning at 5:30 p.m. Also on Wednesdays from 8 to 11 p.m., stop in at Poor Richard's in Downtown Manteo and warble your favorites tunes with DJ Billy Raney.

On Thursday at 7:30 p.m. Outer Banks favorites Matt McGuire and Kevin Wilder perform together at Trio in Kitty Hawk and Outer Banks Brewing Station brings Vietnamese street food to Kill Devil Hills with it Pho/Dim Sum Thursdays beginning at 5 p.m. This is the East's version of chicken noodle soup but with a spiced broth and fresh greens. Try it with Beef, Chicken or Tofu and a side of spring rolls.

At Bad Bean Baja Grill in Kill Devil Hills, every Thursday is Taco Night! Chicken, beef, pork, veggie and tofu tacos are only $2 each! Wash down the taco goodness with a $2 Corona/Corona Light, or try the hand-shaken house Margarita for only $5! On Fridays starting at 5 p.m., Bad Bean brings on Tapas & Craft Brew Madness featuring 12 oz. craft beers for $3 each with the chef's selection of tapas plates priced at $5 and you can try some new tastes without breaking the bank!

Duck's Aqua Restaurant celebrates the end of the work week with its $5 Fridays featuring $5 tapas, wines and cocktails as well as beer specials and live entertainment. This is no messin' around - they get the weekend off to an early start at 3 p.m.! TGIF!

Mojo Collins and Triple Vision hold down the night shift at Ocean Boulevard in Kitty Hawk on Friday night from 10 p.m. to 12 a.m. Enjoy a great meal and stick around for local legend Mojo Collins!

This week you still have a chance to win a week family pass to Outer Banks Family YMCA & a $35 gift certificate to Gray's Outer Banks!

For more information about Gray's Outer Banks check out their website.

For more information about Kinnakeet Clay Works, check out their website.

For more information about Gidget's Pizza & Pasta check out their website.