When I think of early fall on the Outer Banks, this very week comes to mind. It's still bathing suit weather in the daytime – hot as summer around midday with whole beaches to yourself – and just cool enough in the evenings to make you scoot a little closer to that beach bonfire. (Like many of us who grew up at the beach, I'm cold intolerant.) The first official day of fall is next Wednesday, and the festival season I've been talking about has arrived with a bang – quite literally if you plan on attending the Boomgrass Fireworks Show at the Bluegrass Fest.

Bluegrass Island Festival
A new tradition on the Outer Banks, the Bluegrass Island Festival brings mountain music to the sea with big names in the bluegrass realm like Cherry Holmes, Sam Bush, Rhonda Vincent and so many more. The backdrop of the Roanoke Sound gives a whole new vibe to the bluegrass music, and this four-day-plus festival isn’t just about the main stage. There will be a bluegrass band competition for the up and comings, a jam stage and a fireworks show in which the fireworks are choreographed to bluegrass music. Roanoke Island Festival Park is one of my favorite venues on the Outer Banks. Any festival or event here is going to be a great time, but this one is one for the books. The Bluegrass Island Band Competition takes place on Tuesday, September 22 at Roanoke Island Festival Park, and on Wednesday, September 23 the actual festival begins. Single day tickets and four-day passes are available. Check out the main stage lineup here.

Day at the Docks

Here’s a cool festival that developed in the wake of Hurricane Isabel in 2003. When the village recovered from the storm, Day at the Docks was started to celebrate the “Spirit of Hatteras” and acknowledge the strength of the community and living traditions of the watermen. The event features a chowder cookoff, 5K fun run, demonstrations of fishing techniques, competitions, live music, children’s activities and a blessing of the fleet. It kicks off Thursday at 4 p.m. with a panel about seafood and sustaining local fishing communities, followed by tomorrow’s 4th Annual Taste of North Carolina: Hatteras Style. Then the fest really has its day on Saturday, September 19 with all sorts of activities and good eats at Oden’s Dock in Hatteras. Day at the Docks is a true representation of what it means to live on Hatteras Island – visitors, check it out! Locals, we know you’ll already be there. 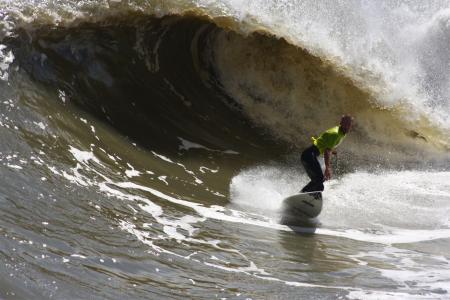 The Easterns: Best of the East Surfing Championship
Fall is the season when it comes to surfing on the Outer Banks. The locals know it. The surfers up and down the East Coast know it. Our consistently good waves and warm waters are ideal for seasoned surfers and – you guessed it – surfing competitions. This week, all week, the Eastern Surfing Association will host The Easterns, a surf championship in which the best of the East go head to head. The crowds are big, the prizes are big and our fingers are crossed that the swell will be big too. The Easterns takes place at Jennette’s Pier in Nags Head every day from Sunday, September 20 to Saturday, September 26. Grab your beach towel and spend the day by the pier to catch some of the greatest amateur surfers on the right coast. 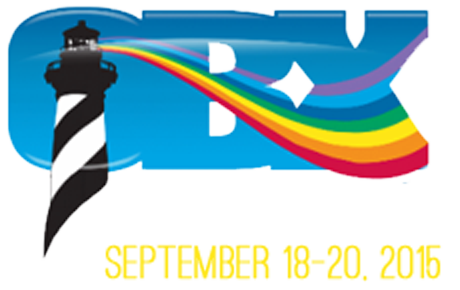 For the fifth year in a row, OBX Pridefest is happening on the Outer Banks. The gay pride festival welcomes all LGBTQ folks and their supporters and friends to three days absolutely packed with events and fun happenings. There will be a New York City touring production of Pirates of Penzance, a Same Sex Wedding Expo, Sunset Booze Cruise and much more on the lineup. The main event, which is free, is Backyard Bands & Brews on Saturday, September 19 at Outer Banks Brewing Station. There will be four performing bands, food, vendors and pride souvenirs. Other events over the course of the weekend are individually priced, but if you plan on attending as many as possible, make sure to purchase a Pride Pass to get all access. OBX Pridefest begins on Friday, September 18 and goes through Sunday, September 20. 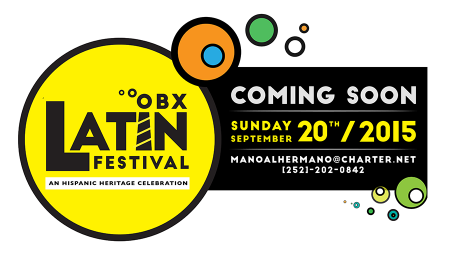 Where can you find delicious Latino food, traditional dance and live musical performances on the Outer Banks? It’s all happening at the OBX Latin Festival this Sunday, September 20 from 11 a.m. to 6 p.m. This is the only celebration of Hispanic Heritage month on the Outer Banks. There will be a marketplace with cultural wears, activities for the whole family and an adult and youth soccer tournament. All proceeds from the fest will go directly to Mano al Hermano, a local nonprofit that offers education and positive integration programs to Latino families. The OBX Latin Festival will be held at the Nags Head Soccer Complex and is free to attend.

Kayak Fishing Tournament
Come first light on Saturday morning, kayak fishermen and fisherwomen will launch in Rodanthe for the fourth annual Outer Banks Kayak Fishing Tournament. The boundaries extend all the way from the Wright Memorial Bridge in Kitty Hawk to Hatteras Inlet in the south and up to 1 mile offshore in the ocean. It’s a photo, catch and release style tournament held by Kitty Hawk Surf Co. at the Waves Village Kiteboarding Resort. And I’m telling you now – even if you don’t make it for the tournament you should still visit the Kiteboarding Resort and check out some of the water sports they offer. The big prize for this weekend’s tournament is $250 in Hobie credit with Surf Co. Interested fisherfolk should register online; $40 includes participation in the tournament, a post-event cookout and an awards ceremony. 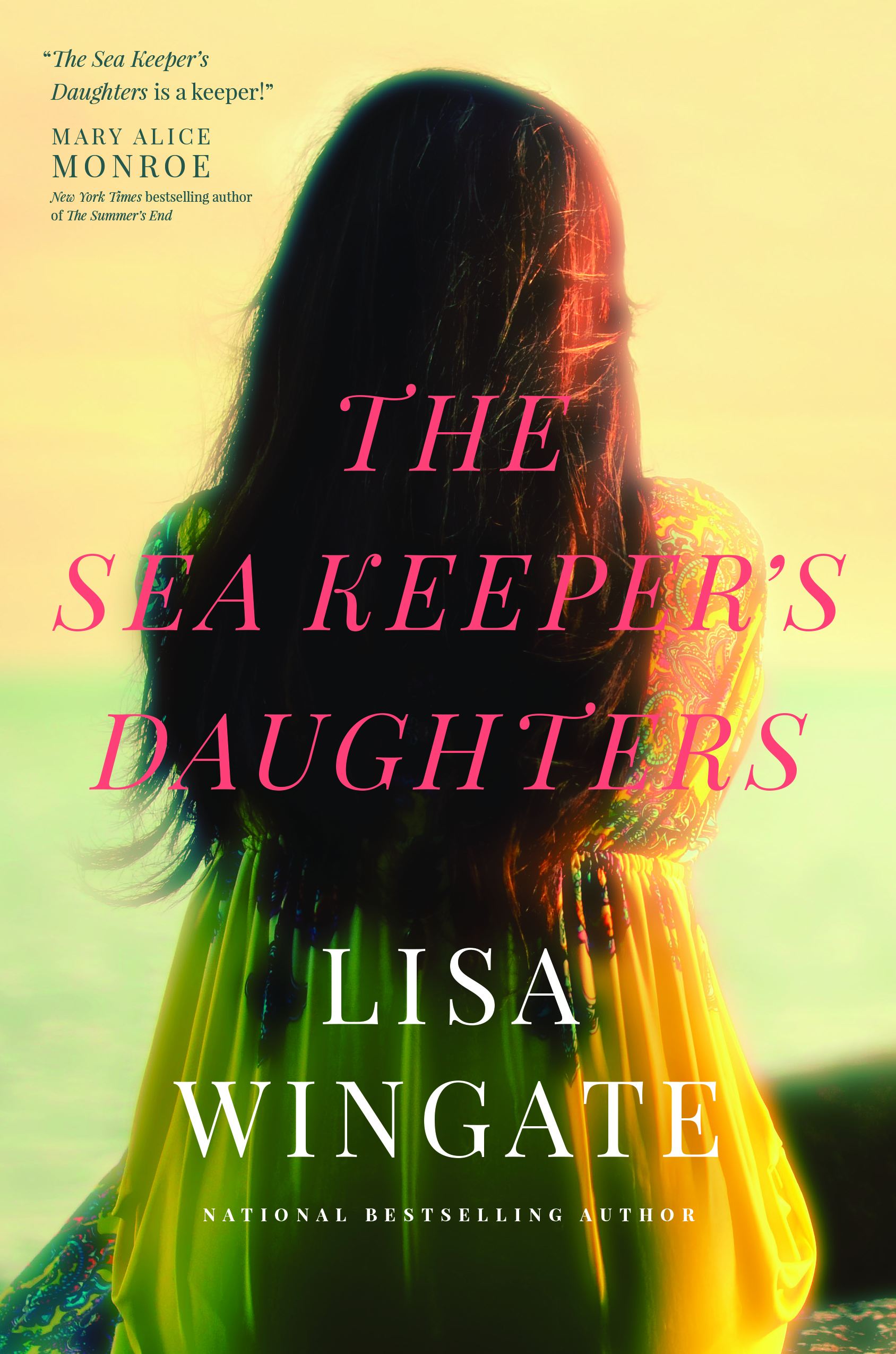 I know I’m not alone in my love for novels set on the Outer Banks. In fact, that will be particularly evident next week when local fans of Lisa Wingate flock to Manteo for a stop on the author’s book tour promoting her latest novel, The Sea Keeper’s Daughters. Wingate is well known for her novels set on Hatteras Island and most recently in Manteo, and her unique style of writing commonly uses a dual time method to explore both past and present life on the Outer Banks. Next week’s event, An Evening with Lisa Wingate, takes place on Wednesday, September 23 at 6 p.m. This is the Dare County Arts Council’s big fall event and will be held in the second floor space of their building.

If you’re digging all of the great daytime happenings this week then you will want to check out the Nightlife & Events page too. OBX Pridefest in particular will have some really fun events after dark including dancing and beach gatherings, and you can catch some of the bands from Bluegrass Island jamming into the late night too.