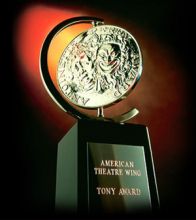 After celebrating its 75th year in 2012, The Lost Colony has a shiny new reason for feeling festive as it prepares for its 76th season. The Outer Banks theater institution has been chosen by the Tony Awards as a Tony Honors for Excellence in Theater recipient, becoming the first theatrical production in North Carolina to receive the award. The annual Tony Honors recognize individuals and organizations not eligible for the Tony's competitive awards. The Tony Award is the highest award presented for excellence in the American theater.

The Lost Colony is a large-cast symphonic drama inspired by the disappearance of America's first English colony near the end of the 16th century. Performed each summer at Waterside Theater on Roanoke Island on North Carolina's Outer Banks, the show is one of the last remaining Federal Theater Projects initiated as part of the New Deal to fund theater and other live artistic performances in the United States during the Great Depression. The Lost Colony was written by Pulitzer Prize-winning playwright Paul Green and premiered in 1937. The show's alums include actors Andy Griffith and Terrence Mann, and five-time Tony Award-winning stage and film costumer William Ivey Long. The 2013 production will run May 31 through August 23 under the direction of Ira David Wood, III.

Joining The Lost Colony as Tony Honors recipients are agent William Craver, Broadway state manager Peter Lawrence and Career Transition for Dancers, a non-profit dedicated to helping dancers develop rewarding post-performance careers. The Tony Honors will be presented at a private reception on June 8 prior to the CBS telecast of the Annual Tony Awards from Radio City Music Hall on June 9.