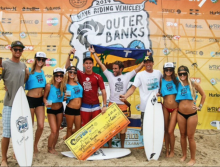 At the beach, summer isn’t really over when the end of August arrives. The island will take on a different vibe next week with kids returning to school, but summer will continue for the rest of us for another month yet. We're on the cusp of the secret season now – that time in late summer and early fall where it's still warm outside, the waves are picking up for the surfers and the ocean still feels like it does in the midst of summer. That being said, my thoughts are with the kids this week, and luckily there are all kinds of family-friendly events on the horizon for the end of their season. At the top of my list are the WRV Outer Banks Pro Surf Contest and the closing weekend for The Lost Colony’s 78th season. 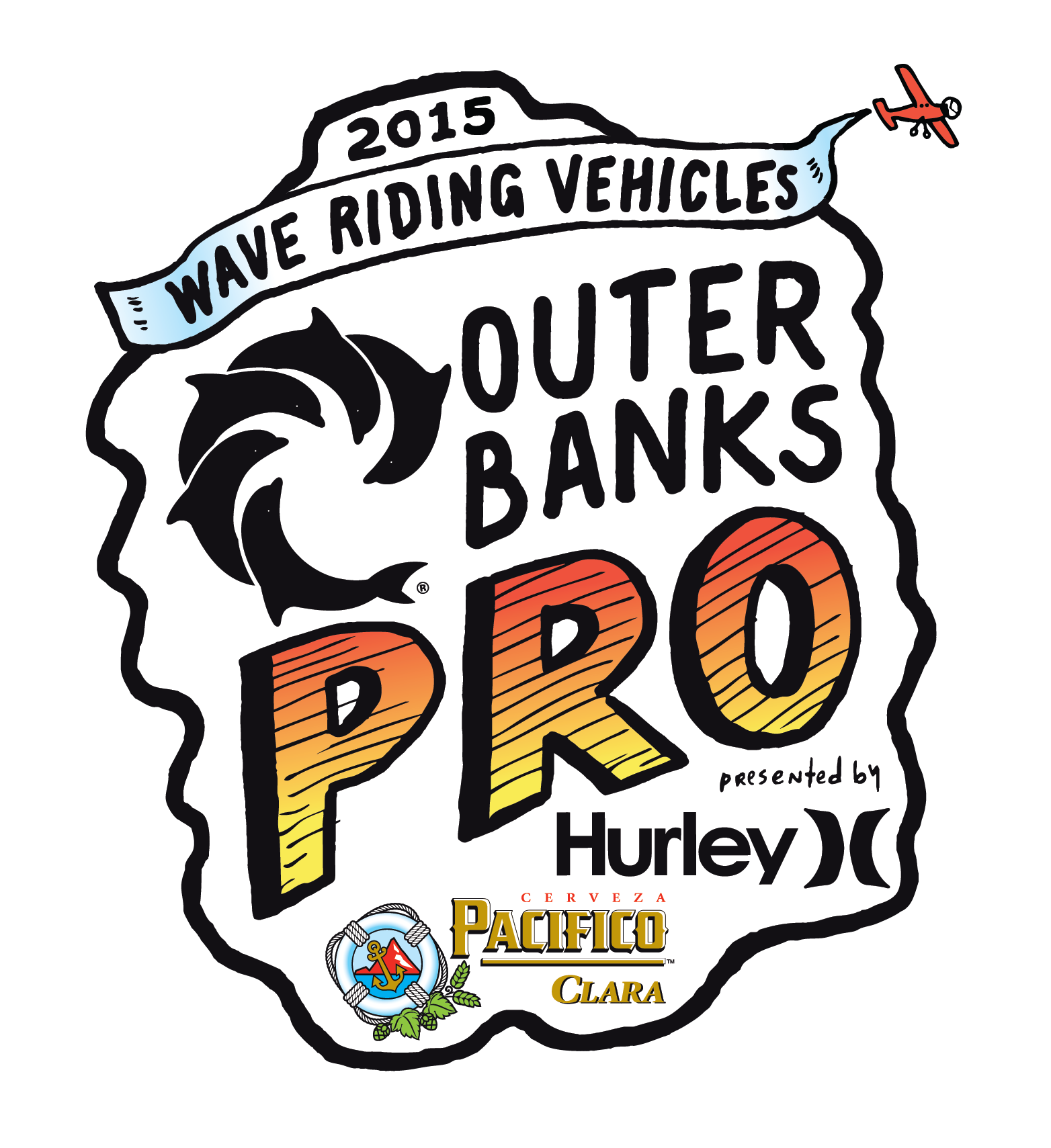 Since the dawn of surfing – well, for some of the little groms at least – the WRV Outer Banks Pro Surf Contest has been a high point of the summer for Outer Banks surfers and beachgoers. The atmosphere is much like you’d expect of a surf contest, with the competitors heading out in different heats and a raised platform of judges often with at least one Outer Banks surf legend. The end of summer normally brings a taste of the larger swell surfers can expect in the off-season, and the prize is $30,000 so you know the participating surfers are there to compete.

You can expect the all locals to be in attendance at the East Coast’s core surf contest, and that includes seasoned surfers, families and the young crowd hoping for product tosses. I’m pretty sure my kid sister is among the best product catchers out there though, so if you come for a T-shirt you’d better be prepared to scramble. The contest starts on Wednesday, August 26 and runs every day through Sunday. It is free to attend. 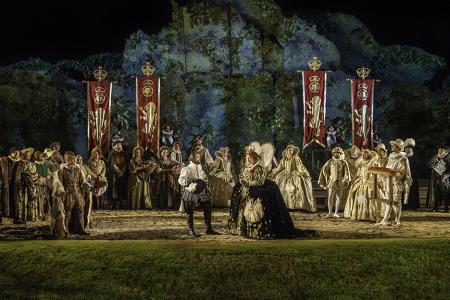 It's nearly 20 years after my first experience with The Lost Colony, and I’m still wondering at the grandeur of it all in present day. The mysterious story of the first English colony’s disappearance in the New World has captivated audiences from the start, from the very facts to the magnitude of the performance. The stage itself is more than three times larger than most Broadway stages in New York, and the action spills out into the isles and is often taking place on three sides of the audience. If you’ve never been before, you can expect epic battles, Indian dances, Queen Elizabeth’s full court and the birth of Virginia Dare, the first English child in the New World.

My near 20-year fascination with the drama pales in comparison to the 78 years it has been in production, and that number is smaller still than the 400-plus years since the colonists’ settlement on Roanoke Island was discovered abandoned. Not into theater? Honestly, I’m not either. But the story is one of the centerpieces of Outer Banks history, and I can’t recommend it enough. It’s been interesting to follow in the news lately too as some clues to the colonists' new settlement may have been discovered after all this time. On stage, this weekend marks the last for this year with performances on Thursday, Friday and Saturday at 7:30 p.m. Tickets are $30 for adults and $10 for children ages 6 to 12. And I can tell you this . . . your first viewing likely won’t be your last.

Movies on the Sound
The end of summer brings the end of movies under the stars, with this week’s showing being the second to last in the Movies on the Sound series. On Friday, August 21, Planes: Fire and Rescue will play on the big outdoor screen at the Manteo COA campus. This is the movie to see according to my 4-year-old nephew. (He will be in the audience along with his Dusty the Cropduster toy airplane.) The movie starts at dusk, and there will be a ton of special events and activities on site such as face painting, special character appearances and perhaps even the Kitty Hawk Kites rock climbing wall. Entrance to the event is free, although a $10 parking donation is appreciated and will assist low-income and special needs families. The gates open at 7 p.m. Feel free to pack a picnic! 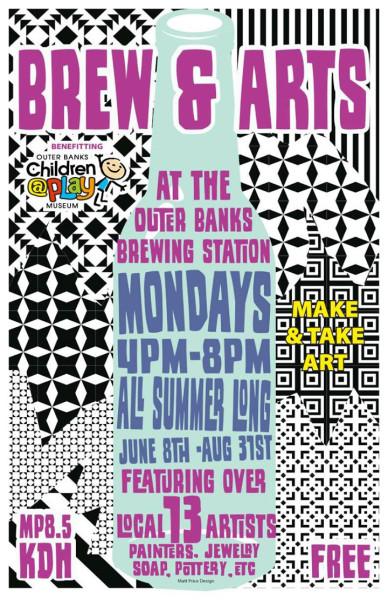 If you haven’t been to Brew & Arts yet, you’ve got two more opportunities to correct your course. This killer event brings together two of my favorite things – craft beer and local art – at the Outer Banks Brewing Station. Grab a draft and peruse art from more than 13 painters, jewelers, potters and more in the beer garden under the windmill. Much of the art reflects the beautiful Outer Banks landscape and lifestyle that both locals and visitors know and love. The event runs Mondays through August 31 from 4 to 8 p.m. and admission is free.

Food for Thought’s Summer Shindig
One thing’s for sure about events on the Outer Banks: It’s all about having a great time while supporting the community. This weekend it’s going to be a fish fry for Food for Thought’s 8th Annual Summer Shindig benefiting local children. The nonprofit holds fundraising events throughout the year with the goal to provide healthy meals for kids during the school year. The dinner is happening Saturday, August 22 from 5 to 7 p.m. and features live music by Jake the Cat. Tickets for adults are $8, and children 12 and younger are $5. The Summer Shindig will be held at Roanoke Island Presbyterian Church in Manteo. 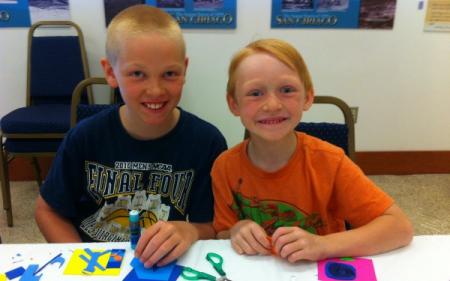 Sandcastles: Maritime Crafts for Kids
Here’s another one for the kids this week. On Wednesday, August 26, take a drive down to Hatteras Island for a beach day and some maritime crafts. The Graveyard of the Atlantic Museum – a great stop no matter what you plan to do there – is hosting Sandcastles: Maritime Crafts for Kids in which kids and their families can get crafty while learning about the history of the area. This program is absolutely free with all supplies provided, and it starts at 10:30 a.m. on Wednesdays. When your creations are complete, hit the beach in Hatteras. It’s a much different experience than the central Outer Banks with wide beaches and fewer beachgoers. For more information about the craft class, call (252) 986-2995. 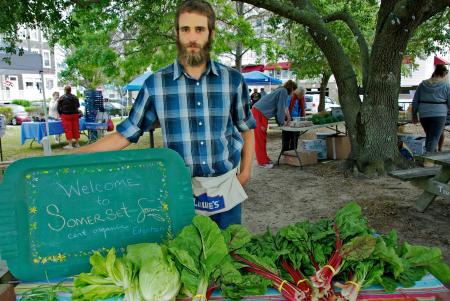 I’ve told you before and I’ll tell you again. Early risers, head to the streets of Manteo this Saturday, August 22 – and every Saturday – for an array of homegrown, home-baked and homemade goods. The Manteo Farmers Market is open from 8 a.m. to noon, and you’d be surprised how this seemingly sleepy Roanoke Island town wakes up on Saturday mornings. I’ll bet you find something to enjoy on the spot and something to take home. The market can be found at George Washington Creef Park adjacent to the Maritime Museum.

I told you the summer is far from over for us, and that is abundantly clear in this week’s Nightlife & Events lineup. There’re local bands playing every evening – a few of which you can count me in for such as Fireside Collective of the Mustang Spring Jam. There are also trivia nights, poker, bingo and even line dancing if you’ve got rhythm (I don’t.)  Visit our page to plan your night out. Hope to see you there!

Enjoy a free fountain drink when you purchase a full meal at The Landing Grill.