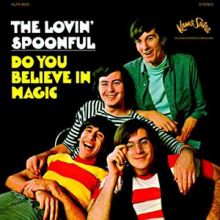 The Brew Thru Live 2014 Concert Series ended on a high note Thursday night as openers Scars on 45, special guests Spin Doctors and headliners The Gin Blossoms entertained an enthusiastic audience for more than four hours. Beginning with the Blues Traveler show last summer, Brew Thru Live has put together a series of three fantastic concerts out of four tries (with last week's Live/Cracker/Formula bill unfortunately falling victim to a weather-related cancellation). The shows have been characterized by uniformly excellent performances from the top to the bottom of each bill and the diverse audiences have discovered that Roanoke Island Festival Park's amphitheater is one of the best, and most attractive, music performance spaces in the region. Hopefully, Thursday night's dazzling concert, along with spectacular previous performances by Blues Traveler and Bruce Hornsby, will help provide the foundation for transforming Roanoke Island into the top-notch musical destination it has the potential to become.

Opening band Scars on 45, were the surprise hit of the evening for many concert goers. Performing last night on a stage a long, long way from their home in Bradford, England, the band made a lot of new fans on the Outer Banks. Friends and new acquaintances - you meet a lot of new people at these Brew Thru shows - raved all night about the performance, many claiming that the Scars on 45 performance was the best of the night's three acts. I would not be surprised to find there was a peculiar surge in sales of Scars on 45 on Amazon.com over the next couple of days. 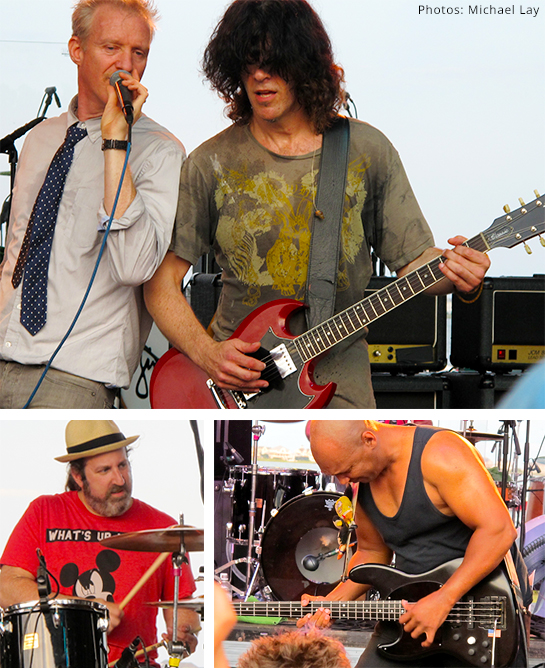 Spin Doctors followed up with a typically energetic performance. I last saw them live circa 1991 (could it really have been that long ago?) but they have not lost a step in the 20+ years since. Their set was an engaging mixture of fan favorites from the band's commercial heyday and tracks from their most recent recording If The River Was Whiskey, which heralds a return to their blues-based roots. From the opening notes of the first song a sizeable crowd gathered the foot of the stage and never left, with happy dancers boogeying their way from one funky tune to the next. 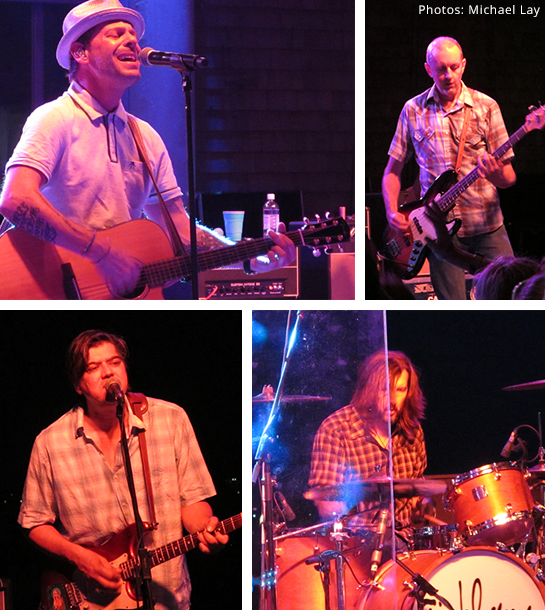 Headliners The Gin Blossoms' put together a harder rocking set than I expected, with hit singles like "Hey Jealousy," "Until I Fall Away," "Found Out About You" and "Til I Hear It From You" having more bite live than I would have expected from the more pop-ish, radio-friendly sound of their original recordings. The crowd that had first gathered at the stage for the Spin Doctors grew even larger as the Blossoms strung together hit after hit with many of the stagefront fans singing along with each song. You know a band was big when a sizable portion of the audience seems to know all the song lyrics word-for-word.

People came and listened and danced and sang - and a good time was had by all.

The Lovin' Spoonful At Waterside Theatre

Even after the end of Brew Thru's summer concert series, Outer Banks music fans will still find their plate full as The Lost Colony's Waterside Theatre capitalizes on its status as a prime performance venue with the PNC Presents: Live at the Waterside Concert Series. This Sunday, July 20 at 8 p.m. Rock and Roll Hall of Fame member band The Lovin' Spoonful bring their still fresh-sounding, eminently singable songs to Roanoke Island. Ticket prices range from $30-$60 and can be purchased in advance online. 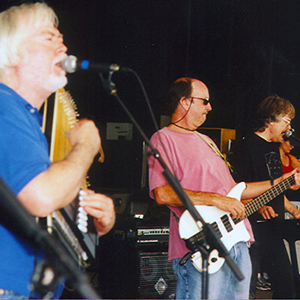 The Lovin' Spoonful, along with the Byrds, were part of America's response to the explosion of British bands dominating the mid-60s music scene in the wake of Beatlemania. The Spoonful put together a string of country-tinged rock and rolls hits that included "Do You Believe In Magic," "You Didn't Have To Be So Nice," "Daydream," "Darlin' Be Home Soon," and "Nashville Cats." Seven of their first ten releases went to the Top Ten and over the span of four years they produced five albums and two movie soundtracks on their way to becoming one of the top touring acts in the States.

Like the Roanoke Island Festival Park amphitheater, Waterside Theatre is a beautiful outdoor venue and it's hard to imagine a better place to experience a feel good band like The Lovin' Spoonful than this open-to-the-stars stage. And, as anyone who has seen a performance of The Lost Colony knows, there is not a bad seat in the house.