Outer Banks Surfing on Display This Week at Jennette's Pier 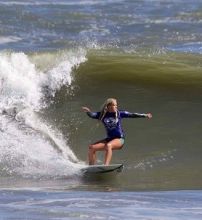 Surfers from all along the East Coast are in town this week for the Eastern Surfing Association’s Eastern Surfing Championships. Held at Jennette’s Pier from Wednesday through Saturday, the competition features men, women and youth surfers in longboard, shortboard, SUP and bodyboard heats.

Eastern Surfing Association (ESA) is the largest amateur surfing association in the world. It’s organized into 25 districts from Maine to Florida to the Gulf Coast and the Great Lakes, and the Easterns competition, which dates back to 1967, brings in the best from each region. Some of the big names in pro surfing got their start in the ESA, so this is the place to see some up-and-coming surfing talent.

In pre-COVID times, the Easterns meant large gatherings around vendor tents on the beach. That will be different this year, but you can still watch the competition from the beach at Jennette’s Pier. Be sure to spread out from others on the beach when you’re watching, and wear your mask in the bathhouse or at the vendor tents. You can see the heats and follow the competition here. A great way to watch the action is from Jennette's Pier. Buy a walk-on ticket and you get a bird's eye view of the action.

Surfing has been popular on the Outer Banks since the 1960s, though people were surfing here earlier than that. But back then surfing was more of a subculture with a couple dozen devotees, whereas now it’s mainstream. Not everyone rises to the level of the competitors on the OBX this week, but thousands of people – residents, visitors, young, old, professionals, moms, dads, students and more – surf here each year, whether on their own board or via rentals or lessons from local outfitters. And surfers come from all over the world to surf the waves on Hatteras Island. 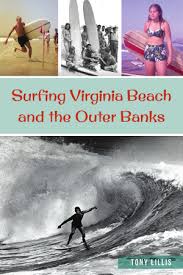 While we’re on the subject of surfing, let’s take some time to praise a few of the favorite locally owned Outer Banks surf shops. Many of these shops do much more than sell stuff. They are valued members of the community that sponsors local surfers, continues the tradition of surfing by teaching people to surf and renting boards, outfits people with the right boards so they have the best surfing experience possible and contributes to many community causes and nonprofits along the way. They keep kids healthy and busy by encouraging participation in watersports, and they employ a lot of local surfers.

They sell stuff too, from surfboards, bodyboards and skimboards to apparel and accessories. Sure, you could buy all that online, but when you get to know these local shops and the value they add to the Outer Banks community, you’ll feel like a dirtbag going online to buy the same stuff that they sell. These local surf shops care about their community, and they have a true love of surfing and helping the sport thrive. Whether you’re renting or buying a board, taking a lesson or buying surf or street style, these locally owned businesses will hook you up. There are dozens of Outer Banks surf shops. Some started in Virginia and opened up second locations here (WRV, 17th Street), some are relatively new to the scene and some are legends that helped shape the Outer Banks into the surfing mecca that it is today. Below are a few of the most legendary shops (click the name for a link), and here are many, many more.

It’s not the oldest (it opened in 1996) but it’s the one shop dedicated to growing the sport on the northernmost Outer Banks for the past 20 years. They offer rentals and sales of surf equipment along with a great surf school for all ages. 807 Ocean Trail, Corolla, (252) 453-9283

Whalebone was founded on the Outer Banks in 1975, so it’s a stalwart on the Outer Banks surfing scene. Founder Jim Vaughn was one of the Outer Banks' original surfers in the 1960s. Jim and his wife, April, run a quality shop, and they are dedicated to continuing the local love of surfing. Customer service is a hallmark here: They will do whatever it takes to make their customers happy, and they are strong community supporters. They offer surf rentals and sell gear, and purists will love Jim’s collection of classic surfboards. 2214 S. Croatan Highway, Nags Head, (252) 441-6747 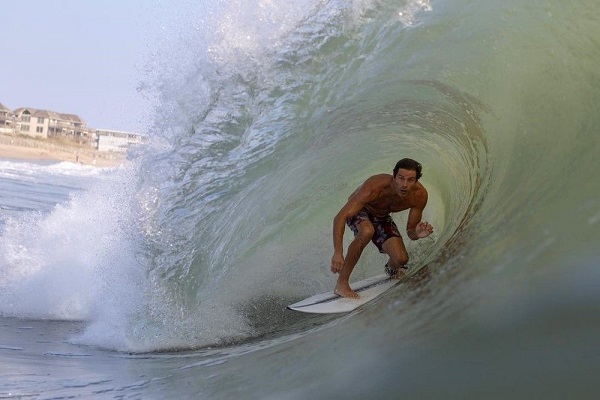 Founded in 2002 by surfboard shaper Lynn Shell, OBBC is a family-oriented business with a loyal following for surf and skate. Lynn has been shaping boards for more than 40 years, so he knows his stuff, and his staff helps you find just the right gear. 103 E. Morning View Place, Nags Head, (252) 441-1939

Secret Spot emerged from one of the first surfboard labels born on the Outer Banks. Founder Steve Hess shaped the label’s first board in 1977 and by 1981 had garnered enough interest in his boards to start his own shop in Nags Head. Now owned and operated by two young local surfing families (families that include top surfers on the competitive scene), the shop stands out with its funky exterior murals, and inside you’ll find a historic surfboard collection along with all the latest surfing gear and accessories for sale and rent. 2815 S. Croatan Highway, Nags Head, (252) 441-4030

Cavalier Surf Shop is the Outer Banks’ original surf shop, and it’s been a Beach Road favorite since the 1960s. Run by a super-kind local family for the last 30 years, Cavalier's owners love getting to know their customers and the generations of customers who visit their small but quality shop. Cavalier can outfit you with gear and rentals for surf, skate, skim and SUP. 4324 S. Virginia Dare Trail, Nags Head, (252) 441-7349

Rodanthe Surf Shop was established in 1989 by Randy Hall, who had been building Hatteras Glass Surfboards for a few years, and Debbie Bell. Now it's run by Jason and Lovie Heilig. Jason has taken over the manufacturing and crafting of Hatteras Glass Surfboards on site. They offers rentals, repairs and lessons as well as gear. 23580 N.C. Highway 12, Rodanthe, (252) 987-2412

Hatteras Island Surf Shop was founded in 1971 by Barton Decker, who came to spend a summer and surf in Waves. That summer turned into 40 years after he opened a surf shop and was the original Outer Banks dealer of WRV surfboards (until Virginia-based WRV opened a store in Kitty Hawk). In their shop in Waves, they sell and rent surf gear and offer lessons. 25410 NC Highway 12, Waves, (252) 987-2292

Founded in 1977, Natural Art is one of the Outer Banks’ original surf shops. Owner/shaper Scott Busbey opened the shop to sell his own line of boards called In The Eye. He still makes and sells the boards in this shop. His wife, Carol, works with him. Natural Art is the real deal, a place to buy a made-on-site board, rent gear and get a trusty surf report. 47331 N.C. Highway 12, Buxton, (252) 995-5682

Ride the Wind has been Ocracoke’s only surf shop since 1985. For 35 years they’ve been the island’s place for surfing gear, rentals and lessons. Owner Bob Chestnut and his staff are dedicated to getting people outdoors and on the water, whether it’s through surf, kayak or SUP. 486 Irvin Garrish Highway Ocracoke, (252) 928-6311