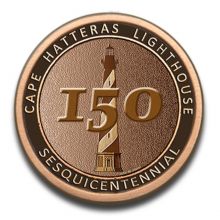 Not only is this an active aid to navigation – its light projects 20 miles out to sea and warns ships off the dangerous Diamond Shoals to this day – but also it's one of our most beloved attractions, luring millions of visitors from around the world to climb to the top for an unparalleled view of Hatteras Island and Cape Hatteras. More than that, though, people love Cape Hatteras Lighthouse as a symbol of tenacity and spirit. The tallest brick lighthouse in the nation, it has survived countless hurricanes and storms, an earthquake, erosion and an arduous move away from encroaching seas. Its presence and light are a beacon of hope in tough times and a symbol of gratitude in the good times.

The current light is not the original light at Cape Hatteras. The first lighthouse, a 90-foot tower powered by whale oil, was first lit in October of 1803. This light proved ineffective because it was too short, so the Lighthouse Board added 60 feet to the height in 1853, making it 150 feet tall. By the 1860s the light needed extensive repairs, so the Lighthouse Board began construction of a new light in 1868. The new lighthouse was lit on December 16, 1870, and the old one was demolished in February of 1871. The Fresnel lens in the new lighthouse was powered by kerosene. It was electrified in 1934. 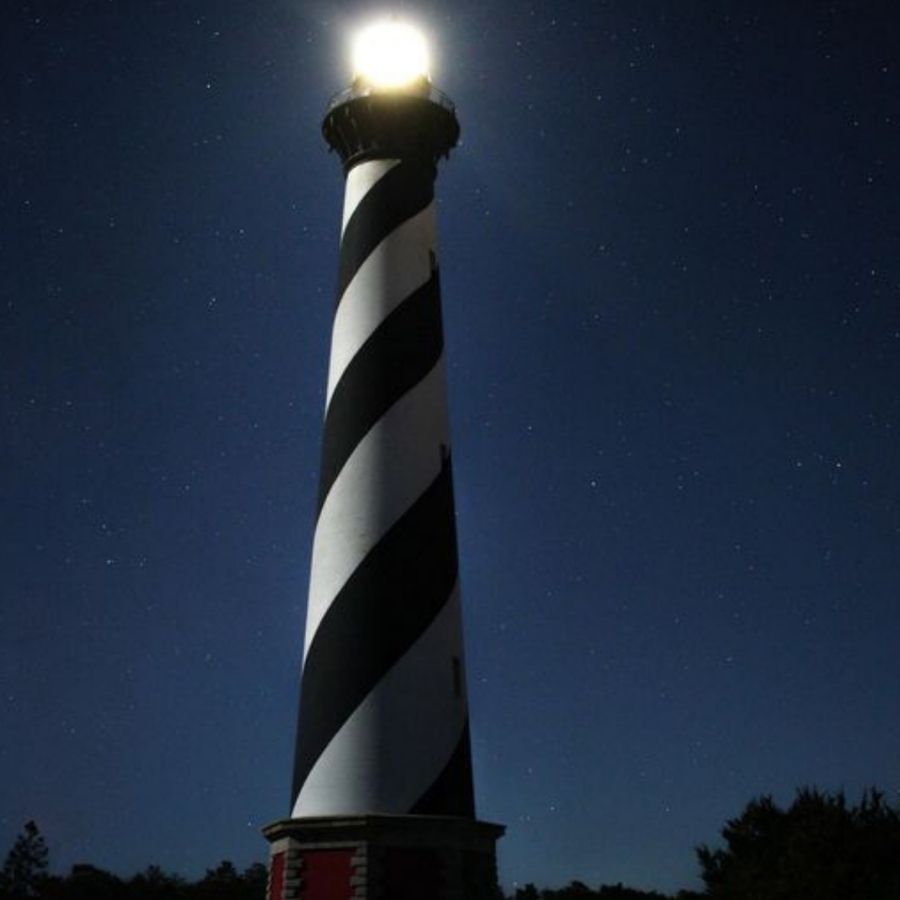 While the tower has not always been in commission, its beacon has. Cape Hatteras Lighthouse was threatened by beach erosion as early as 1935. The Bureau of Lighthouses decommissioned the lighthouse and moved its beacon to a nearby steel tower until 1950. In 1937 the lighthouse tower and the surrounding keepers' quarters and outbuildings were transferred to the National Park Service to become part of what would soon be the nation's first National Seashore. In 1950, after the Civilian Conservation Corps (CCC) rebuilt the beach in front of the lighthouse tower, the Coast Guard returned the 250,000 candlepower beacon to the lighthouse tower.

The lighthouse has been open to the public off and on between 1975 and today, consistently for climbing since 2003 and typically from April to October. However, it's been closed for all of 2020 due to the pandemic.

150th Anniversary of the Lighting of Cape Hatteras Lighthouse

When the 100th anniversary of the lighting rolled around in 1970, there were grand celebrations – parades, galas, races and the like. None of that is happening this year, of course. But there are some virtual ways to commemorate the beloved lighthouse.

On Wednesday, December 16, at 4:45 p.m., tune in to Cape Hatteras National Seashore's Facebook page to see the lighting of the beacon as well as to watch a video live stream about the lighthouse. Historians, community leaders, park rangers and more people will talk about the lighthouse. Tune in for the live stream or watch the replay here. The National Park Service also has a display in the Visitors Center at Cape Hatteras National Seashore called "150 Years of Light, A Photographic Tribute." It will run through the spring of 2021.

Dare County Arts Council is hosting a Cape Hatteras Virtual Art Show here. Seeing the way these artists are inspired by the lighthouse will make you remember why you love it so much too!

The Island Free Press has some great stories about lighthouse memories and history here and here.

For more about the lighthouse head to Island Free Press.

Wright Brothers National Memorial, also a part of the National Park Service, annually celebrates the Wright brothers first flight on December 17. This year the site is open and offering free admission, but the typical celebrations are not being held on site. Instead, you can tune in to the celebrations virtually on Facebook.

The evening will wrap up with fireworks thanks to the Town of Kill Devil Hills. The fireworks show will be live streamed online. If you're on the Outer Banks, you can watch them in person at Avalon Pier in Kill Devil Hills. If you go, be safe. Wear masks, sit only with members of your household and stay 6 feet from others. 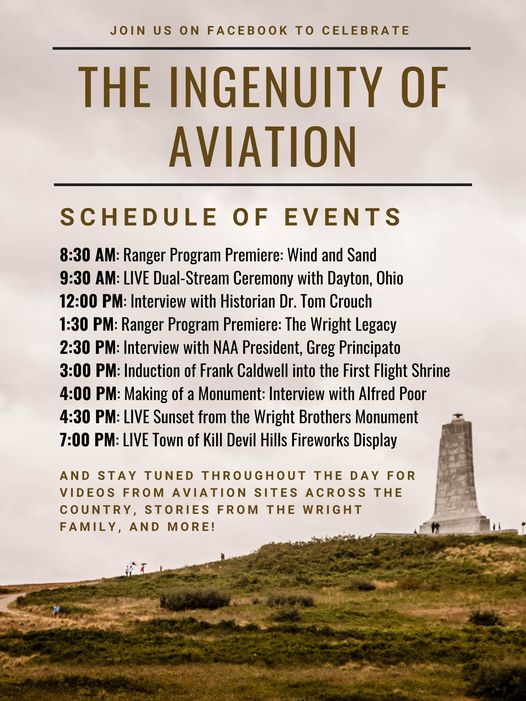 There is a ton more to do on the Outer Banks this week. Check our Daytime and Nightlife pages to see a list of what's going on, and be sure to check out WinterLights at The Elizabethan Gardens this week.