You're Not From Around Here, Are Ya?

We locals love and appreciate all of our visitors, and we know who they are because we can usually spot them from a mile away. We can even sniff out people in the gray area, those who consider themselves locals but their cars’ license plates say otherwise (you know who they are, they’re local because they’ve vacationed here every year of their lives or perhaps have a second home here – and I know them because I used to be one). Really, there’s no rhyme or reason behind locals’ knack for spotting visitors. Call it intuition, years of practice, something in the water or maybe we just don’t get out enough. Whatever it is, some of these signs tip off locals to out-of-towners.

This week my coworker came into the office and mentioned her conversation with a gentleman at lunch. He asked if she was local, to which she replied that she’d been born and raised on the Outer Banks. He said that he was a local too and that he lived in “Co-ROHL-ah.” She quirked an eyebrow at the masquerader as he named the town Corolla (“Co-RAWL-lah”), his supposed home.

But hey, don’t sweat it. We get that the names of Outer Banks towns are weird and difficult to pronounce. After years of practice, we locals finally mastered our own ability to say them right. We remember our own learning experiences, so we usually know what someone means if they say “Co-ROHL-ah,” “Man-Tay-O” (“MAN-eo”) and “ROE-danth” (“ROE-danth-EE”). But don't even attempt Chicamicamico. 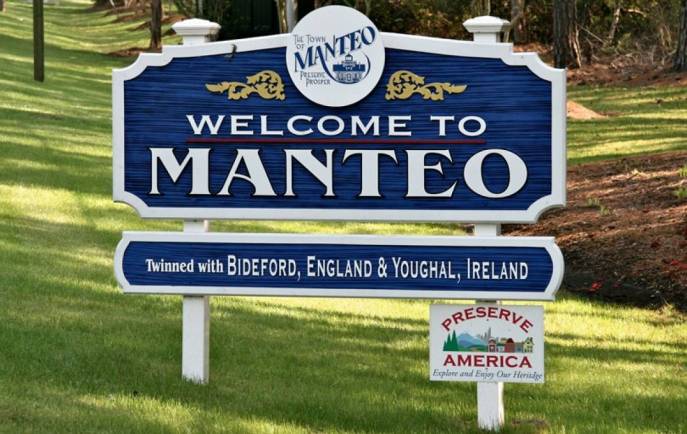 Insiders tip: The locals pronounce the name of this town as MAN-eo.

An impressive, head-to-toe sunburn is the Outer Banks equivalent to being branded, “I’m not used to applying sunscreen,” “I forgot to pack sunscreen” or “I don’t know how intense the UV rays are here and I underestimated my ability to withstand them.” A local, on the other hand, knows that none of these would ever apply to them . . . but excuse me while I go slather my vermillion body with aloe vera.

If you’re not following common traffic laws and regulations, you might as well attach a giant flag that says TOURIST to the rear of your car. Obey the rules, and you’ll fool the majority of locals into thinking you’re just another neighbor. One of the fastest ways we spot visitors is from their driving and general road behavior. Are they plowing through the center lane at 60 miles per hour? Or driving 15 miles too slow on the Beach Road? Not stopping for pedestrians in crosswalks? Excessive horn blowing in standstill traffic? These are definite ways that visitors display their unfamiliarity with Outer Banks driving conditions.

Alternatively, road rules don’t apply only to drivers. Cyclists biking in the center lane (and there seem to be more of them this summer than usual) are kamikaze equivalents for all we know. And an experienced Outer Banks pedestrian knows better than to cross busy roads just anywhere. They suck it up and walk the extra 200 meters to the nearest crosswalk or stoplight. Anything else is a rookie move.

When locals leave the beach, they take their gear and belongings with them. They know all too well, usually from personal experience, how quickly a rising tide can sweep away beach towels, chairs and more. Visitors less familiar with the ocean’s deftness may leave cabanas, beach chairs and coolers on the beach overnight, return the next morning and find their hangout turned into a wasteland. Even if your belongings survive the night, they can still earn you a citation. Every town has an ordinance that prohibits leaving belongings on the beach. 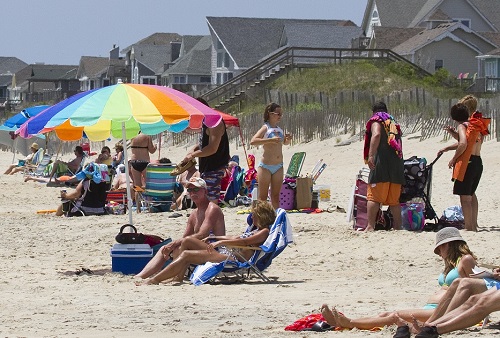 Locals know to take their stuff with them when they leave the beach; unattended tents and umbrellas are considered litter after dark and can be removed.

One of the biggest red flags a nonlocal can raise, so to speak, is swimming in the ocean when the real red No Swimming flags are flying. I know we’re all tired of hearing about it, but the number of drowning and rip current victims keeps increasing with tourist season’s peak. People swimming on red flag days aren’t familiar with the force that Outer Banks’ currents can hold.

Obviously some of the ways that non-locals set themselves apart matter a little bit more than others (reckless driving endangers people, sunburn doesn’t). And the truth is even the most tried and true locals fall guilty to these moves occasionally (I remember watching my favorite beach chair get toted out to sea after I, sunburnt silly, abandoned it for the indoor shade). At the end of the day all we really care about is that everyone, wherever they’re from, balances fun with safety and consideration.