What was that BOOM?! Seneca Guns on the Outer Banks This Week 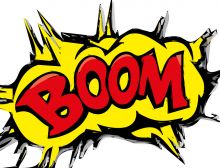 The other day, I was sitting at work when a resounding boom rattled the building. “What the heck was that?” I asked, including a few other choice words with my shock. My mind started spouting different possibilities: A car running into the building, a sonic boom, the Hulk body-slamming the wall or, god forbid, an earthquake ....

Many of us on the Outer Banks have experienced these booms happen from time to time. If you haven’t, imagine the way the building shakes when you hear a loud thunderclap ... except it’s not storming outside. Sometimes you experience them firsthand, and other times you hear about them for secondary sources. Some instances, you go on the Outer Banks locals-only Facebook pages and see posts of, “Did anyone else’s house just shake?”

Back at the office, no one seemed too perturbed by the boom. “Oh, that,” my coworker said. “That’s a Seneca gun.” This name, not to mention the possible causes behind it, piqued my interest.

Seneca guns are what we call these booms throughout the Carolinas and Virginia. They’ve been recorded routinely in other isolated locations too: New York’s Lake Seneca and Lake Cayuga, coastal India, where they’re called Barisal guns, and, my favorite, the Netherlands, where they’re called mistpouffers. No one really knows why they’re isolated to particular geographic regions. Multiple theories speculate what might cause them too, but no one’s determined a definite conclusion. I’m honestly disappointed by the lack of certainty for the shocking booms, but the theories behind these weird phenomena are worth exploring.

Several geophysicists and scientists suppose that Seneca guns may result from small earthquakes. I say “suppose” because there’s not actually any recorded evidence of seismic activity that corresponds with the booms. These scientists have studied loads of places and recorded plenty of research but have yet to collect machine-made measurements that prove this pudding. The only evidence that an earthquake occurred comes from people who claim to have heard or felt it. In the meantime, scientists simply suppose that small, shallow earthquakes like these would be too low in magnitude for seismographs to register.

To be fair, it’s pretty unlikely that the Seneca guns we feel here result from tectonic activity: The Mid-Atlantic Range that our coastline rests upon moves at a boring pace of about 15 miles every one million years. 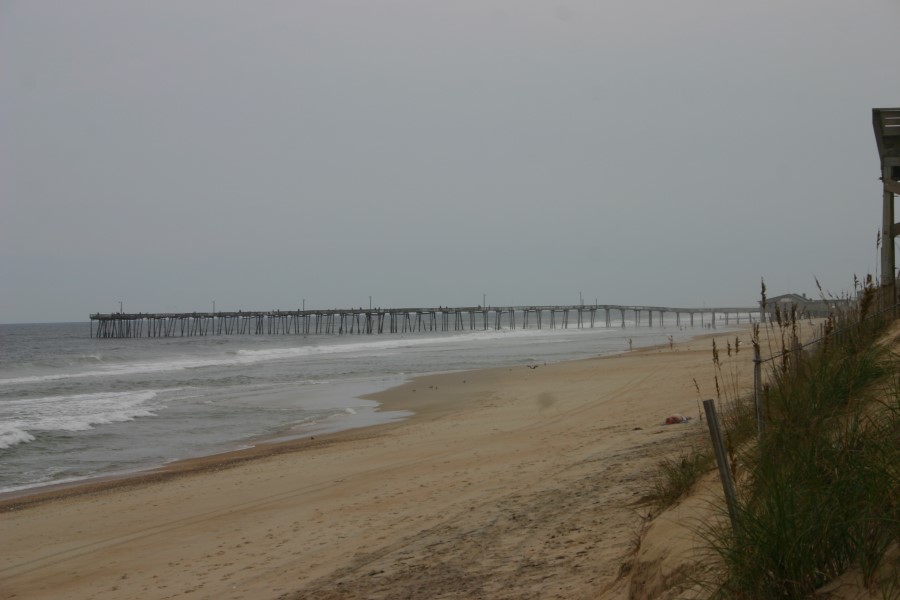 Another possible cause of Seneca guns turns our attention away from the trembling ground and to the skies instead. Under the right temperature conditions on the ocean, an upwelling of cold water decreases the surface-air temperature. The result is a cold air mass that’s trapped under the warm one. Temperature inversions like this can cause a lid-like pressure system that makes sound waves that occur far out in the open ocean bounce against the air layer, and they continue bouncing back and forth until they hit the shore. And the way that North Carolina’s Outer Banks juts out east farther than other states puts it in a premium location for picking up these reverberations first.

Okay, this explanation isn’t as stirring as some funky action happening high in the sky or from the Earth’s depths, but it likely makes the most sense. Military activity – some of which different branches claim responsibility for and others that scientists and citizen can only determine is secretive. Seneca gun-like booms can be produced by sonic booms from jets in the Navy or Air Force or from gunfire, which (under certain atmospheric conditions such as the temperature inversion discussed above) will travel farther than they normally will otherwise.

This is the most likely cause of the Seneca gun we felt in Manteo earlier this week. The U.S. Air Force released a statement that attributed the booms to the Dare County Bombing Range in Stumpy Point, where they were practicing controlled detonations. But this isn’t to say that this causes every Seneca gun we experience on the Outer Banks, such as the one that happened back in March. That boom was heard and felt from northern Currituck County all the way to Craven County. That mystery is one we must leave to speculation.