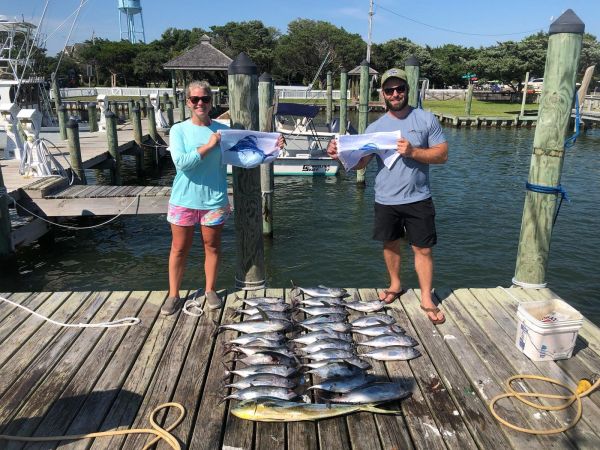 We had some fantastic fishing this week. Our dolphin fishing hasn't gotten consistent yet, but there have been plenty of other species to fill in the gaps.

On our offshore trip we started out the morning by releasing two sailfish in the first hour. Both folks on the boat had never caught a billfish, so this was a really neat experience. They wanted some meat for the cooler so we switched out our gear and spent some time looking for a tuna/wahoo. We found the blackfins and caught 28 of them over the next hour! They had lots of good eating, so we decided to run offshore and try for a swordfish. We had a really good bite on the first drop, but were not able to hook him. Thats fishing!

On our nearshore half day trips we have had good spanish fishing with a few bluefish mixed in. Lots of sharks on the beach right now for those wanting to target sharks.