Fishing Taxi SportfishingFarmers out of their element

Farmers Out of Their Element 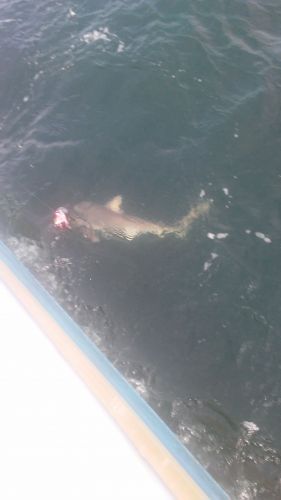 Monday, August 13, 2018
Inshore from Oregon Inlet
We had a wonderful group from Wisconsin they were celebrating their 7th anniversary. He had it in his head that he wanted to go catch a shark so he booked us and that's what we tried to do for him. After setting for a while we reel it up to check our baits and had a five foot short come up behind the bait and get off right at the back of the boat. About 45 minutes later we finally had one hit and he reeled it in and it was a three and a half foot dog shark. He was excited although he was wanting something that he could eat but we came through with his wishes for his anniversary and got him to catch a shark it was a little smaller than what was expected but at the same time he was happy. From the crew of the fishing taxi tight lines give us a call let's take you fishing!
Click here for more activities from Fishing Taxi Sportfishing