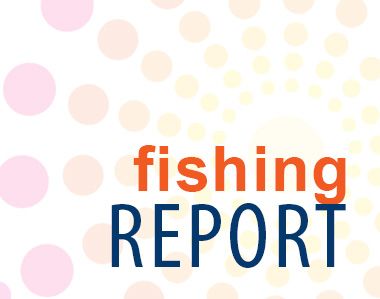 Tuesday, August 6, 2019
Inshore from Oregon Inlet
Had a friend called me and asked to go for a 4 hour trip. Now keep in mind this morning I had a 6 to 12 six hour trip and all we got out of it was one king mackerel. So I was a little worried about how the afternoon trip was going to work out God. So my local friend brought his group and I didn't exactly want to tell them what we had done all morning and we left the dock with cheerful thoughts heading to the ocean. After getting to the ocean which wrote a little bit close to the beach but nothing was going on so then we slid out to where the fleet was and they were catching ribbon fish after catching five ribbon fish and the trip was half over I looked at my group and said his will we have to make a decision we can either go out deep and look for something big they could just turn out to be a boat ride or we can stay here to catch ribbon fish and there announce go big or go home. After leaving the fleet I went out a few miles further than them off the beach and found a nice little grass line and with my mate in the tower he spotted some dolphin or mahi as everyone else called it and called out to me but why he was saying that two of her poles went down with King macros on them it was a double header. My mate almost broke his neck climbing down but he made it to the polls the Anglers got the fish in and he was able to put both of them in the Fish Box after putting the Bates back out he was still talking about the mahi and trying to climb back up in the tower when a single pole went down which come to find out it was a gaffer dolphin now anybody that's been all sure knows how the dolphin are or mahi what to take an inshore trip and catch one this fine quality is really a special thing. So all be all in the locals get one of the best catches I've had it on a 4 hour trip in quite some time. From the crew of the fishing Taxi tight lines and God bless!
Click here for more activities from Fishing Taxi Sportfishing