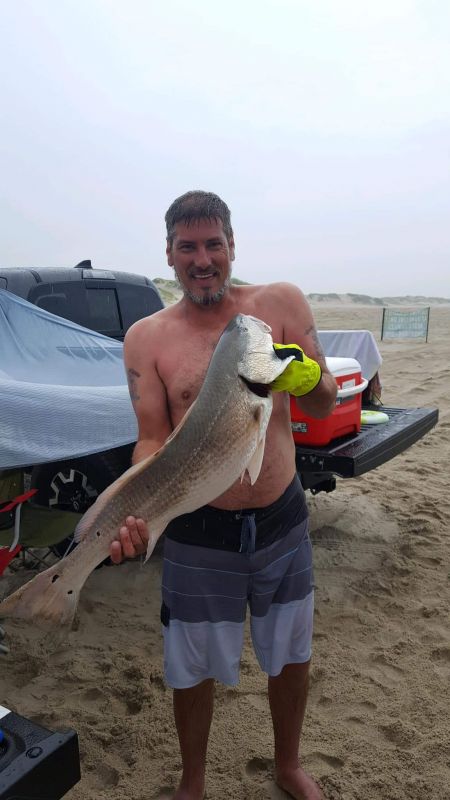 Rainy this morning but should begin to move out this afternoon. I have a retraction from yesterday I got the names wrong the pair of gars caught was the young angler of none other than Jax Hale so great job Jax sorry for the mix up. Another congrats to Samuel and his dog Kenworth we enjoyed having them both in and he landed the 33" drum great job!! Now for the fishing report. Croaker, Spanish, mullet is mainly on the menu you may have some trout and flounder around as well. The piers have mullet, blues, Spanish, trout to name a few. Nearshore has for the most part false albacore, king mackerel, bluefish, Spanish, there should be some ribbonfish around and I think they found some mahi yesterday but that's not the norm they do come in on special ocations though. Offshore having another stellar day with big eye, yellowfin, wahoo, and mahi and I know there are marlin out there as well.