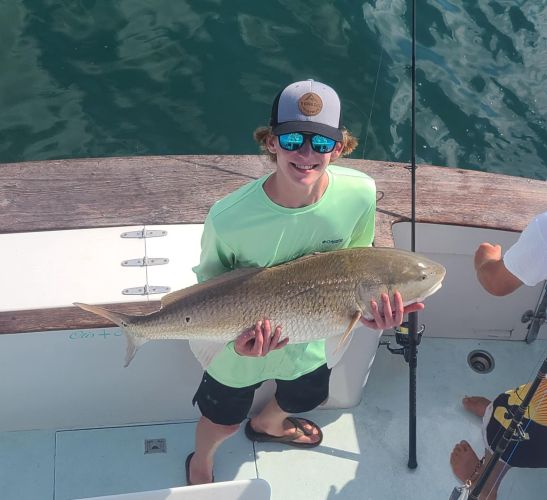 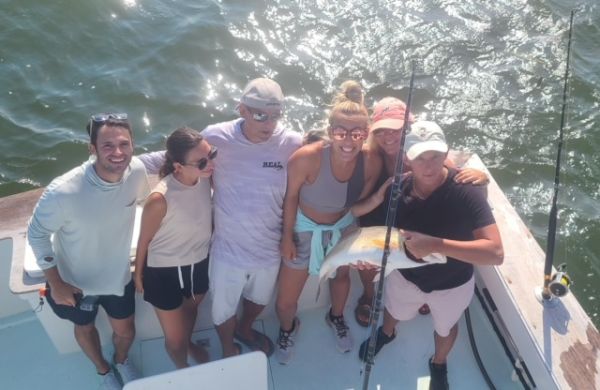 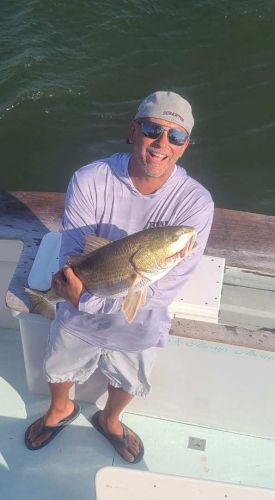 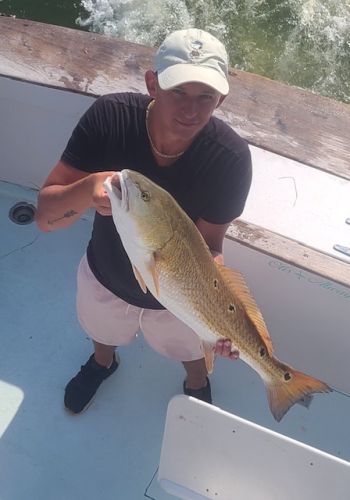 A fact of life, after Monday and Tuesday even the calendar says W T F !!! It is another HOT one today with calm conditions on the surf with crystal clear water and I am told you can see the fish. We do have a bunch of croaker and mullet out there and if you're hooked up there are a bunch of sharks running around and they will try to steal your catch. These are small sharks but they seem to be a bunch of them in the surf. There is a fairly large amount of shark fishermen here this week some newbies and some pros. Just about everyone has had success catching them this week from some nice size spinners to some 7 to 9-foot sand tigers and they will give you a workout. The above pictures were sent in by our captain Kain on the Miss Nell and the first pic is a young man and his first charter who got a very nice drum on his first trip. There is some good large drum fishing going on right now on our nearshore trips captain Kain has had the last four days now catching these guys. Along with the drum there are ribbonfish, albacore, Spanish, and triggerfish. There piers much the same with perch, black sea bass, croakers, and blues. Offshore fishing is just as hot as the outside temperature. Their boxes were full of tuna and these fish are ranging from 70 to 100#s with some big wahoo, mahi, blackfin, and marlin. So there is some pretty good fishing going on right now.

Charters are available call for availability!!

Send your photos and questions to obxbaitandtackle@yahoo.com and we thank you