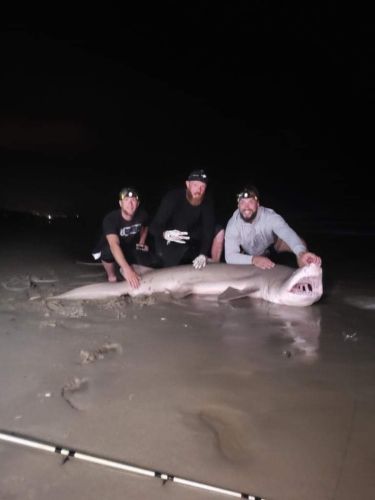 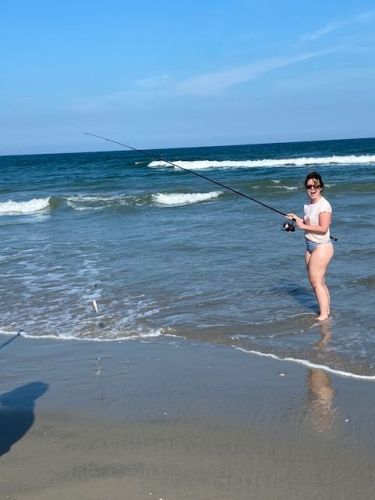 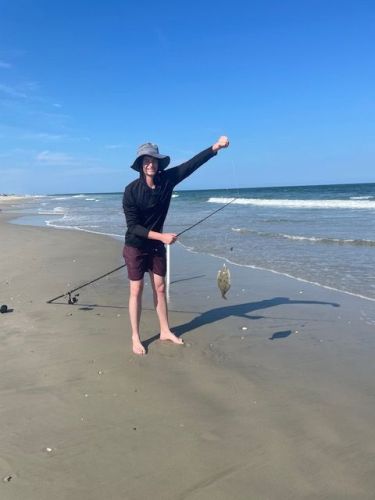 Catch a small fish, repin and Walla get a bigger fish!! The picture was sent in the other day but I don't have their names but great job!! The question of the day has been what's out there? Ugh. Well to put it simply the fishing was good right up to Ian hitting us then we had two days of real rough seas and it's a change over  weekend so nobody has been fishing for a few days so if no one has been fishing how can I get any reports from anyone. There should be drum, bluefish, and trout along with mullet, croaker, and black drum. Baits that seem to be working the best have been shrimp and finger mullet. Fishbites have had success as well and there is always the expensive bloodworm. In reality, your best chance of catching a fish is just having something on your hook really. I think people just put too much thought into it, pick a bait and go with it you can always try something else if it's not working it's just that easy and you're supposed to be relaxing on vacation, it's not a competition. We are going to have some big waves for the next couple of days before they start to relax which is going to keep fishermen off the beach and the fleet at the docks till maybe Wednesday. Along with the big waves we will also have a huge high tide cycle at 6.9 feet so beware the beach will disappear!!The piers have some speckled trout this morning but overall has been slow this morning.

I thought I had posted Mollys pics but I did miss them Molly and we have to post her first fish congrats Molly your now a seasoned pro!!

Charters will go out later in the week.

Send your pictures and questions to obxbaitandtackle@yahoo.com and we thank you and keep on fishing:]