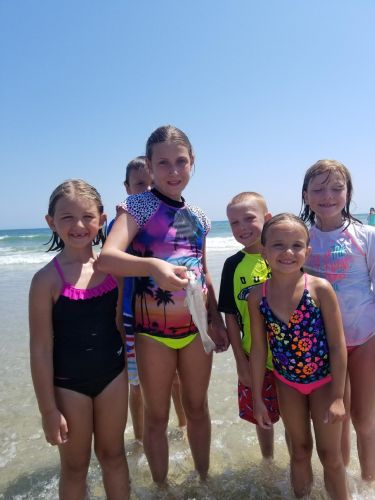 Well, it was hot today and excuse my late report. Waves as you know by now at 1 foot and the water temp currently is 73 degrees. I will make this short. WQe had a good day up here yesterday. We had the usual mullet, croaker but we did have a 27" drum come in and the bluefish decided to play. Lot's of bait in the water and there has been quite a few flounder hitting as well, most just under size but we take it for now. The piers had good bluefish on them this morning along with some cobia on a couple of them. Nearshore has spanish and bluefish. On the Inside some big drum, mullet, flounder, and trout. Offshore just finishing up a tournament but they did well on the billfish. White mad blue marlin, dolphin, yellowfin and wahoo.