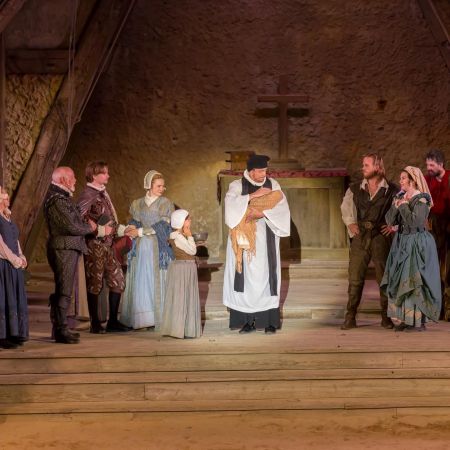 Over 200 actors, technicians, designers and volunteers gather to bring the Tony Award-winning stage production of The Lost Colony to life during the summer season. The production is enormous. The stage itself is over three times larger than most Broadway stages in New York. You will be seated in the center of the stage area with action happening on three sides of you and even sometimes right next to you in the aisle. Originally staged in 1937, The Lost Colony is the longest running outdoor symphonic drama in America.

Where is the activity?