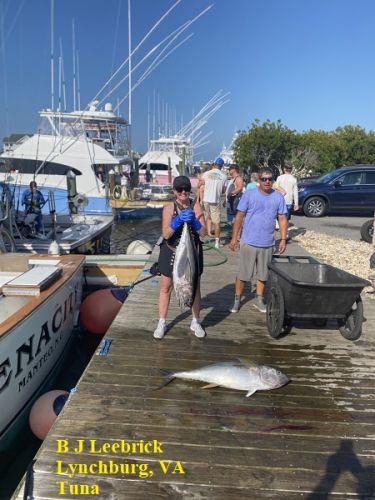 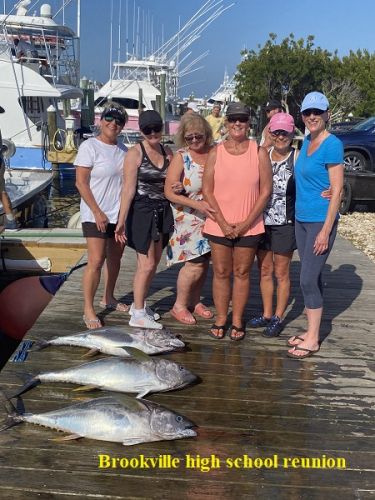 Surf Fishing Report:I would say getting fishing report at ten 0' clock is unacceptable. But it is better than not one at all. Sorry guys, yesterday and today there are computer problems and some BS problems since it seems I don't know what to do with a new computer.

There was Sea Mullet and Pompano caught up and down the beach with a Spanish bite at ramp 45.

North beaches have some Spot, Sea Mullet and small Trout.

Inshore Boats/nearshore Report:
Nearshore there were a significant amount of Ribbonfish, plenty Spanish, Bluefish, Amberjack and Grouper, Drum and Tilefish. Nearshore also had Ribbonfish, this time of the year they are everywhere, Specks, Bluefish and Drum. And there were some flags flying.

Offshore Boats Report:
Offshore fishing is over the top right now. It has been a great week with every thing falling in place right down to having perfect weather. An abundance of Yellowfin tuna was there again, Blackfin, Big-eyes one weighing in at 121 lbs, Dolphin, Wahoo and Tilefish. I would say there was a meat fish grand slam.

The winds are W at 9 and the water temp is 68 degrees water surface temperatures, Sunny, light winds, small swells.