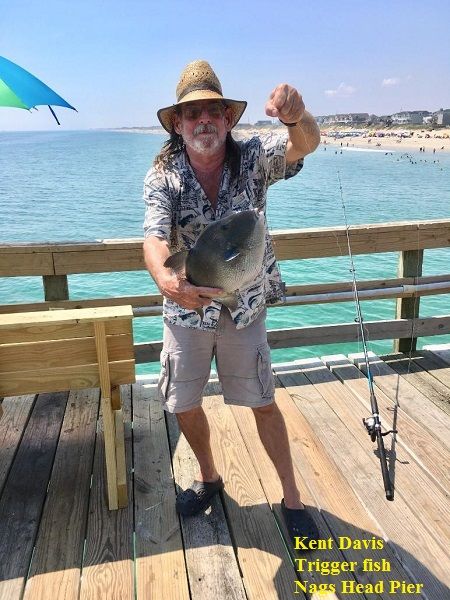 Surf Fishing Report:
Plenty Spanish and Bluefish on artificial lures along the beaches with Sea Mullet, Spot and Croaker. Same on the North beaches from Oregon Inlet to Carova.

Offshore Boats Report:
The fleet had a tough day running from the storms yesterday. Apart from that they had a good day catching Wahoo, Yellowfin, Blackfin, plenty Tilefish, Sword fish and gaffer Mahi and Big-eyes as well. A Sailfish was also released.

The winds are SW at 12 and the water temp is 78 degrees. Mostly sunny, light winds, flat Ocean.