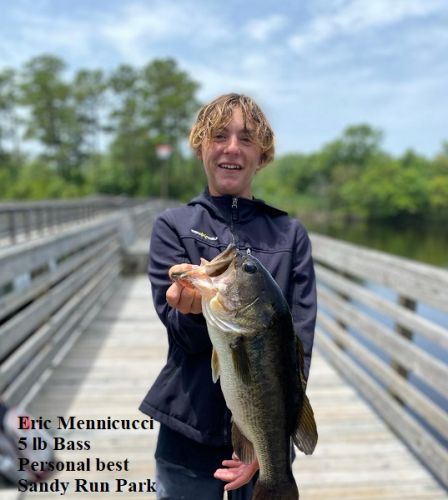 Surf Fishing Report:
There was some Spanish reported at ramp 45 and 55, Pompano and Sea Mullet scattered on the Island. On this side of the bridge there were Spot, Sea Mullet and Bluefish. The Flounder were biting up and down the beach yesterday. They are out of season but fun to catch.

Offshore Boats Report:
It was another Yellowfin day for the fleet. Most boats caught their limits and all boats returned to the docks with boxes full. There was a 71 lb. Dolphin among the many caught. There were Big-eyes and I'm not exaggerating. One weighed in at 209 #s and one at 219. The bottom fishing was good catching Sea Bass, Amberjack and Tilefish. Blue Marlin were caught and released

The winds are NW at 11 and the water temp is 70 degrees. Mostly sunny, light winds, warm Ocean, small swells.