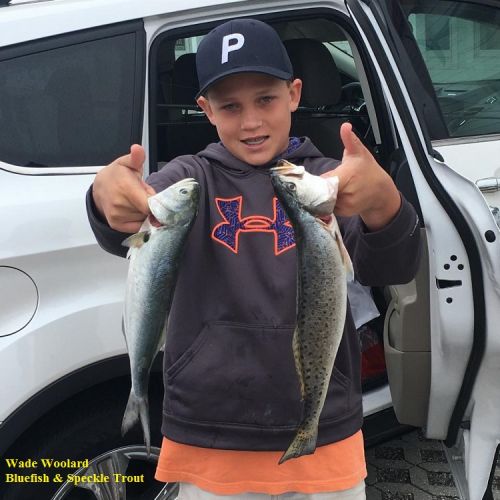 Fishing Report:
Despite the weather there were fish caught. It slowed a bit but big Drum were still caught at the point after midnight. And Bluefish as well with an 8 pounder weighed in. Also Sea Mullet and Blow Toads along the beaches.

The fishing was only fair from the Little Bridge with anglers catching a few Trout, Striper and Black Drum.

Offshore fleet from Oregon Inlet had a good day Saturday. They filled their boxes with limits of Yellowfin and also caught a 40 lb Wahoo. That’s the first Wahoo I have reported this season. The offshore boats caught Albacore and nice size Bluefish. The inshore boats had Trout, Blues, Striper and Red Drum.

The winds are SE at 8 and the water temp is 61 degrees.