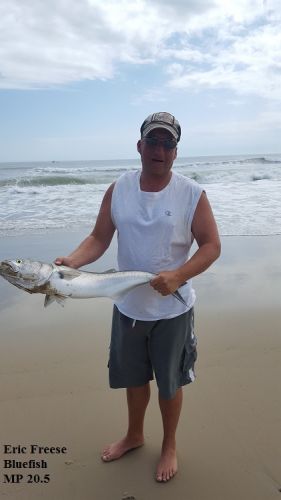 Fishing Report:
The Bluefish bite is still on. You can catch them with bait or lures. The bite is best from S. Nags Head and south of the bridge to Hatteras. Big Sharks were at the Point and Sea Mullet were scattered on the beaches. Nice size Trout are still around on our beaches. We had a citation Trout weighed in yesterday.

The offshore fishing was good with some boats limiting out with Yellowfin. A few Dolphin were caught, Wahoo and Sailfish.