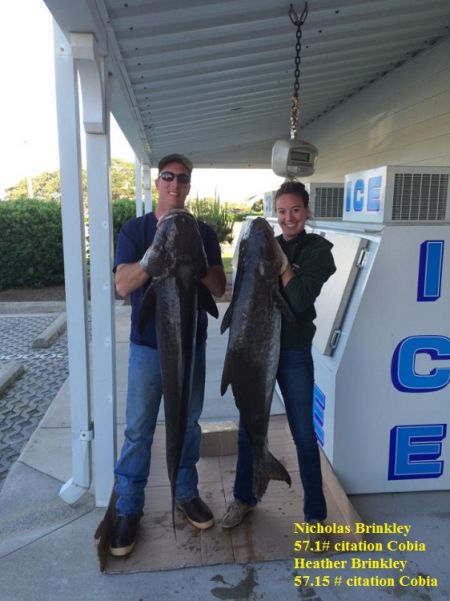 A few small Puppy Drum and some yearlings were caught at the Point. Avon reported some Puppy Drum. There were catches of Sea Mullet, Croakers and small Bluefish on the south and north beaches.  A couple of Puppy Drum were caught north of the Bridge. Also the Skate were plentiful.

Offshore Boats Report:
It was another bumpy ride for the fleet but they brought in great catches of Yellowfin and some Dolphin and Blackfin.

The N wind is at 6 and the water temp is 55 degrees. Sunny, calm wind, clear water with slight chop.